I was a bit apprehensive leaving the disaster scene at our new place in LA to go to Sweden for Christmas.  Renovating from 5000 miles away, requires some planning. However with the internet age anything is possible!  Javier wisely suggested we do all the boring stuff….new sewer line, new electrical wiring, new hvac system, in short all stuff that you don’t see that requires no design decisions. Also stuff that would be a bore to cover on the blog.

But some progress took place…. 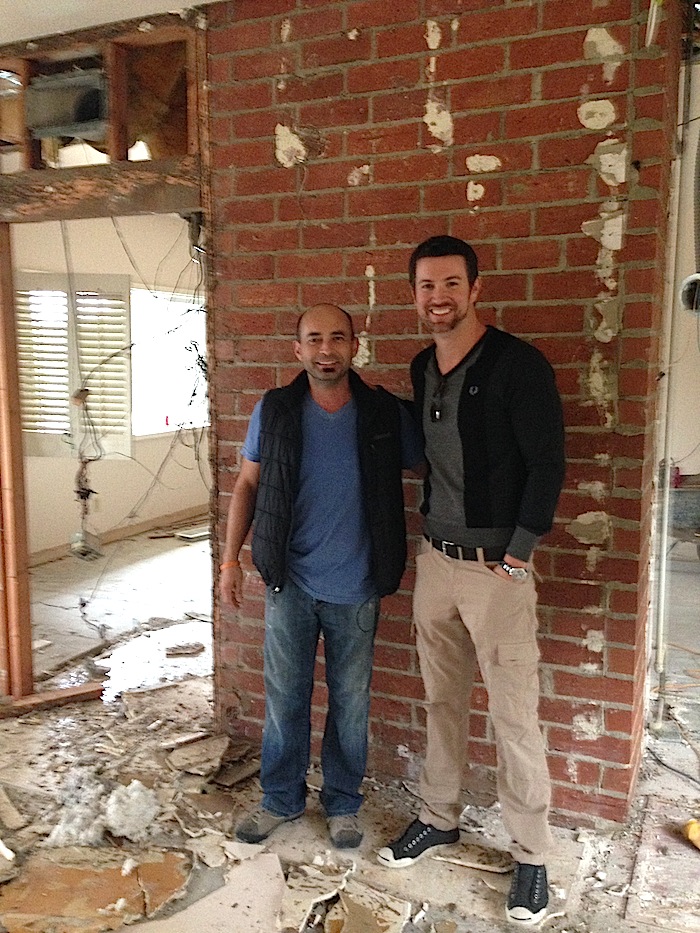 This is Javier my builder with my real estate broker Henry the day I left.

We meant to spend a little time just picking spots for electrical outlet and switches, but of course we ended up discussing the trillion decisions that need to be made.

Here was the kitchen and dining area before… 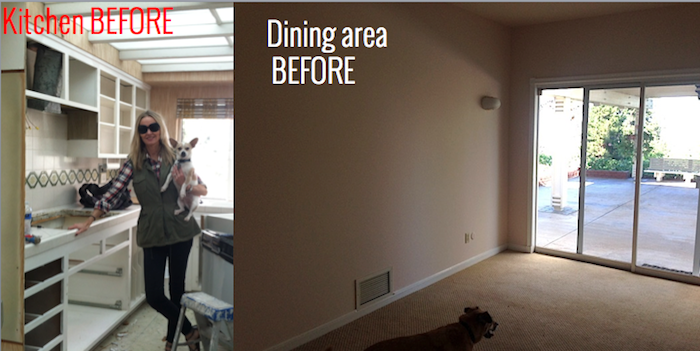 Two small rooms one for eating and one for cooking. The kitchen had an 18″ sunken ceiling that made it feel even smaller.

Here is the new opened up area. 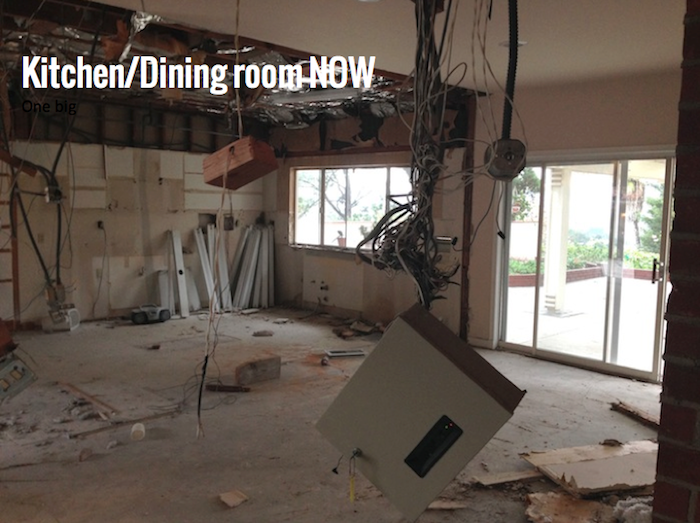 You might see a mess but I’m thrilled with the open feel! 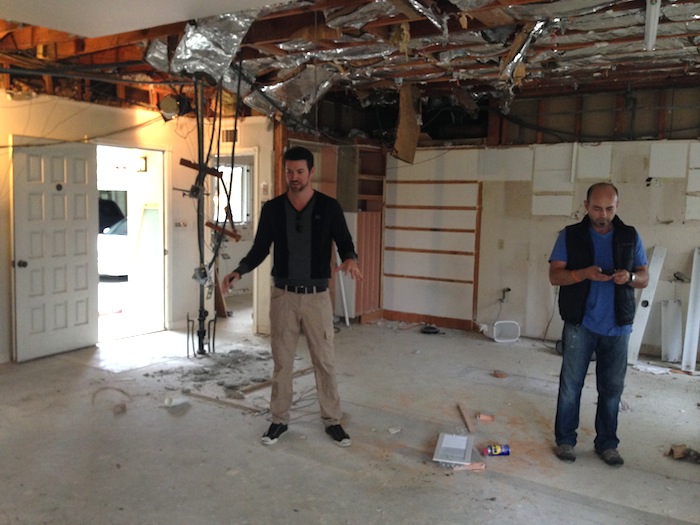 Here it is in the other direction.

I’m thinking of switching out the windows facing the terrace out to to an accordion window.

Have you seen on in real life? I haven’t, I hope they functionally make sense. 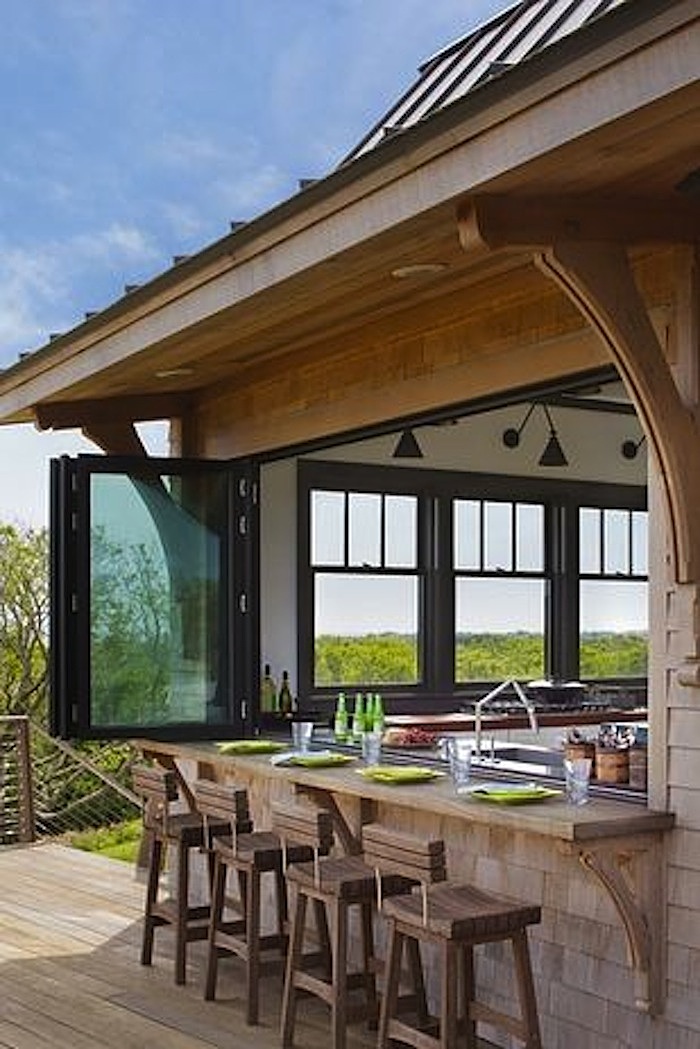 We live in California so creating an indoor/outdoor living experience is a must.

And I would love a bar by the pool…

Here is the same idea below. 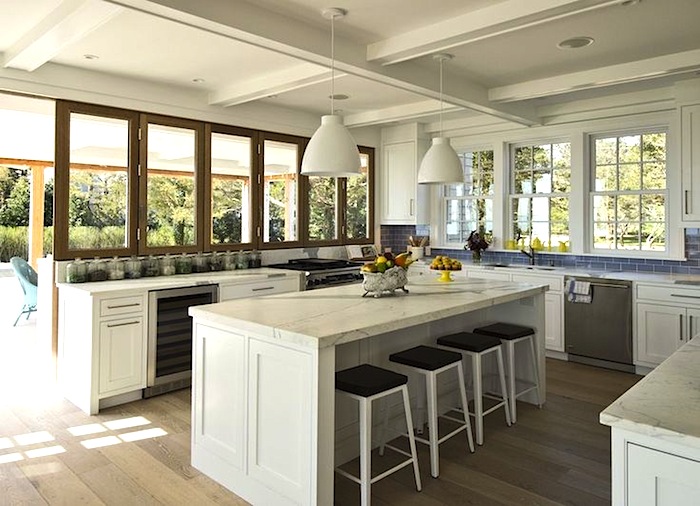 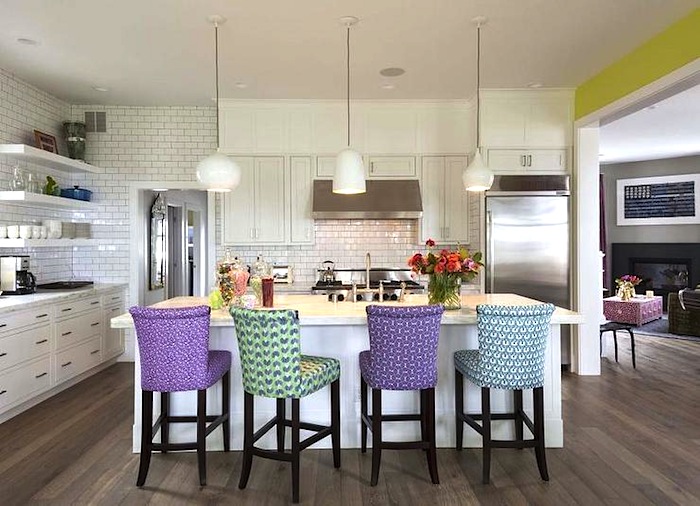 I love the open space, being able to see in to other rooms.

We won’t be able to create the huge open space like this image below, but my aim is to go there as much as we can. 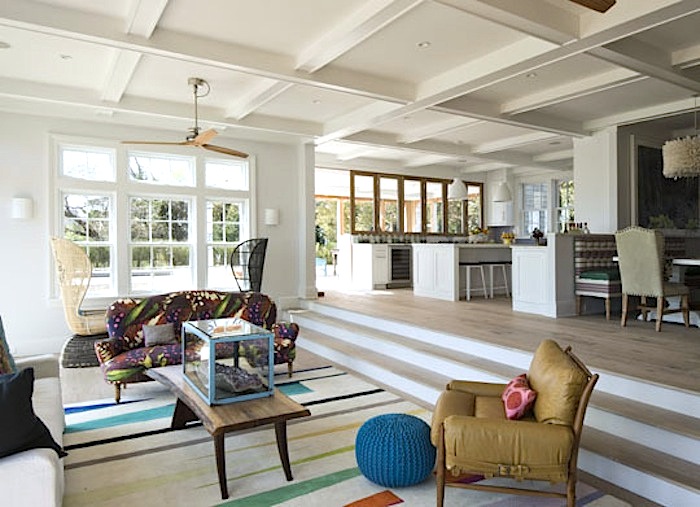 The one visual change while gone was the living room. After opening up the hallway walls there was space enough to create a den a separate den at the end of the room.  The sliding doors have to be moved to the left to be centered in the new living room area. 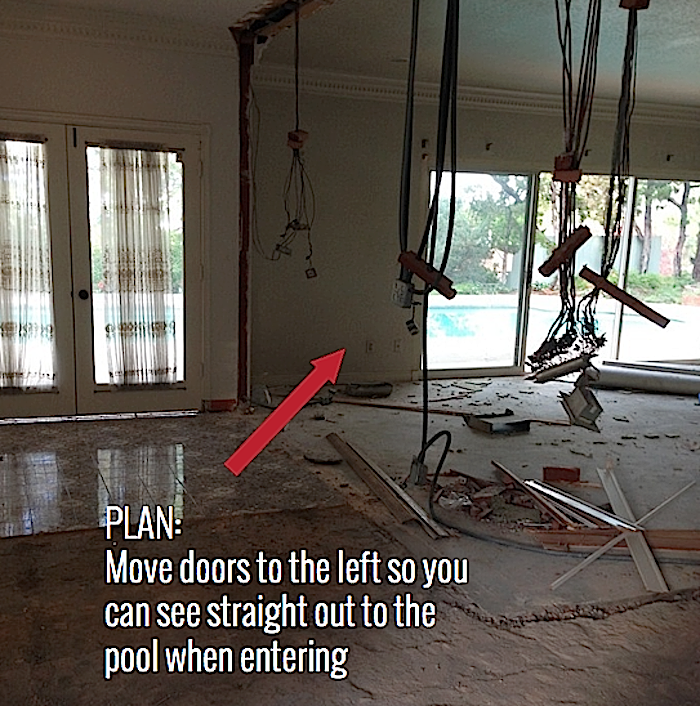 You will also then be able to see straight out to the middle of the pool when entering.

I’ve said it a million times, but I love nothing more, than entering a home and see a view out the windows. 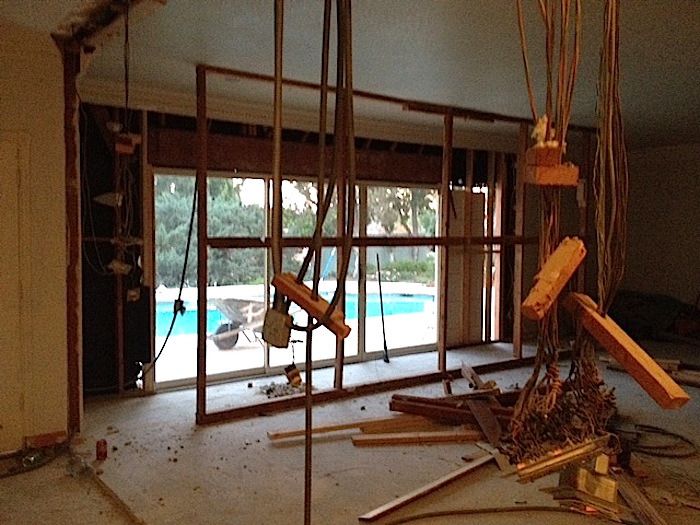 Might look messy now, but it will look great done.

Javier sent me these pictures. 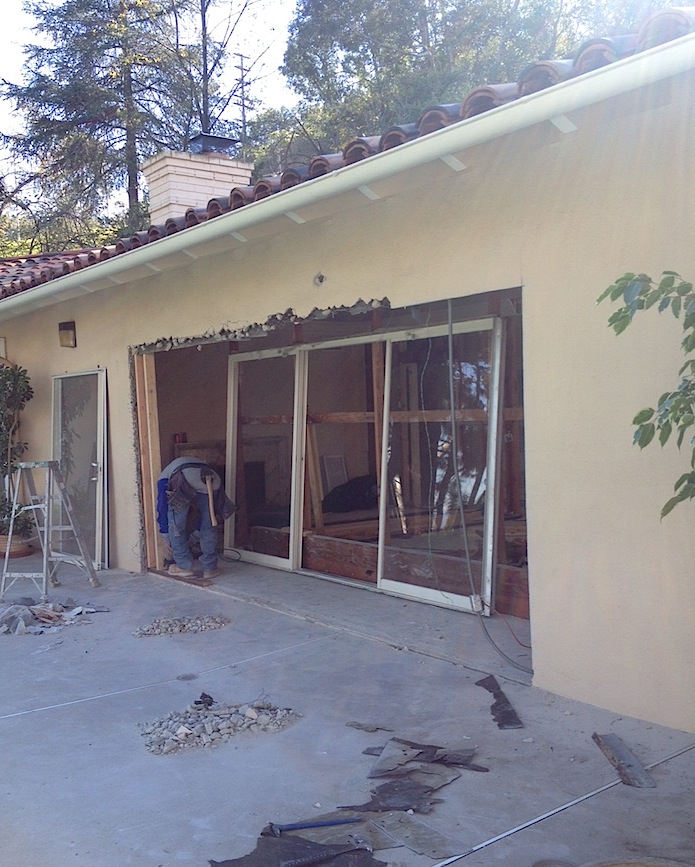 The door is being moved. 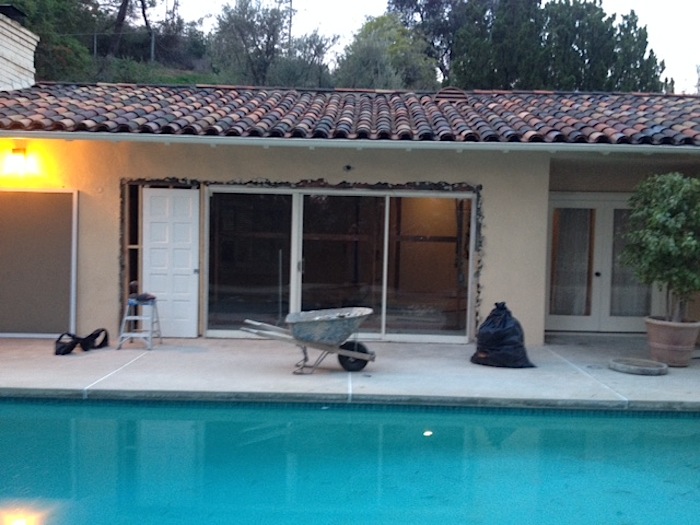 The first part of renovating is always ugly, the pretty part comes later.

Tomorrow we are back in LA, and the hunt for tile, faucets and flooring is on.

Oh, and I bought the nicest appliances!! Never thought I would get excited about appliances, but I can’t wait to share.