Well this trip did not turn out the way we had expected.  We had NO IDEA that there was a huge DJ festival in all of Miami, and that one of the biggest DJ concerts would take place at our hotel pool for FOUR DAYS!! After only two days of peace, the hotel turned in to a torture chamber. Crowds, obnoxiously loud techno music, thousands of women dressed like South beach “working girls”. (What’s with the dress code ladies?)  And on top of it the hotel internet didn’t work!! It’s safe to say The Raleigh Hotel lost lots customers this week, since they never informed the hotel guests! So we spent an entire day hunting down a hotel room in Miami, which was of course impossible.

Instead we ended up in the only available room, in a less desirable hotel in Fort Lauderdale.  Trying to make the best of it, we decided to explore the area, and started with a museum close by, only because we heard there were cute monkeys living in the garden. Well, we never saw any monkeys, instead we found the ultimate LIVE LIKE YOU house!

This is what we had hoped to find.

Instead we found the most beautiful tropical home, The BONNET HOUSE. Early settler Hugo Taylor Birch bought 3 miles of ocean front property in 1895. In 1919 he donated 35 acres of it to his daughter Helen, and her artist husband Frederic Clay Bartlett. Helen soon died of breast cancer and Frederic married artist Evelyn. Together they turned the entire house in to a remarkable work of art.

It’s a blue and yellow house, now a museum, situated on the only untouched acres of land along the beach, near massive, depressing developments. 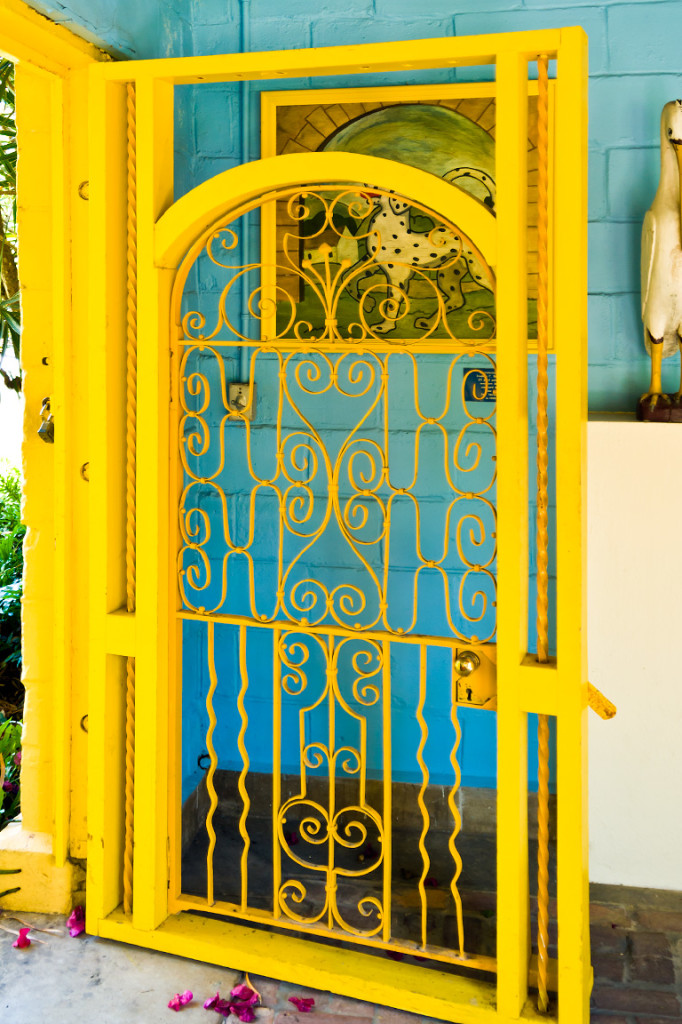 Beautiful colors, shell embellished doorways, painted ceilings, all done by the artists themselves. Every inch of the home was a beautiful piece of art. 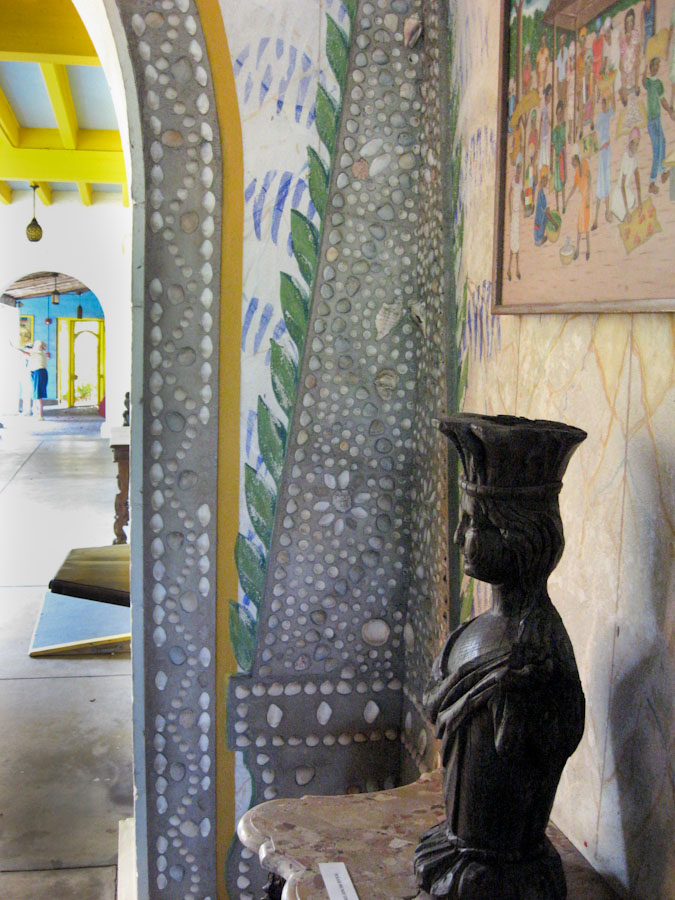 Every ceiling was painted a beautiful motif. 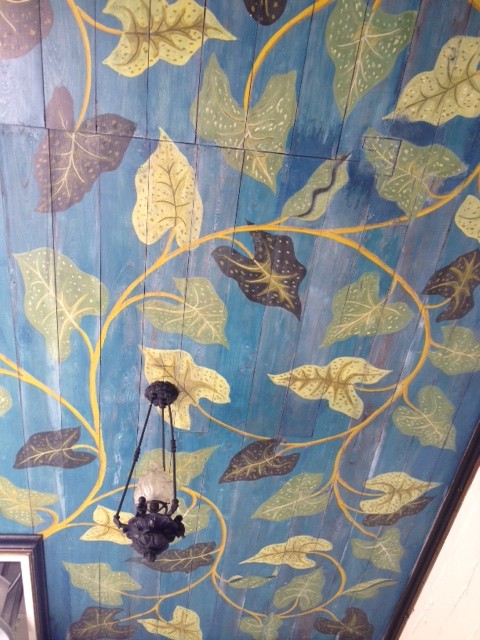 Every door way was a scuplture. 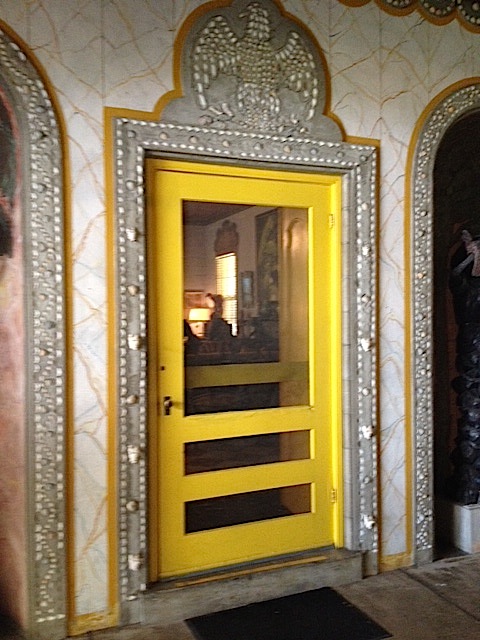 Even the windows were embellished! 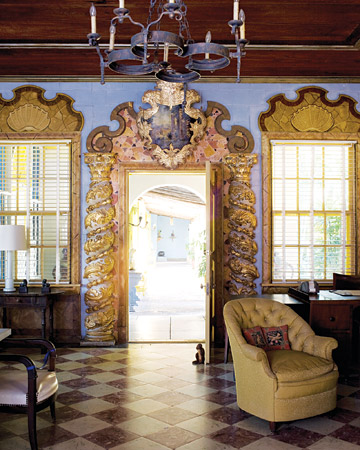 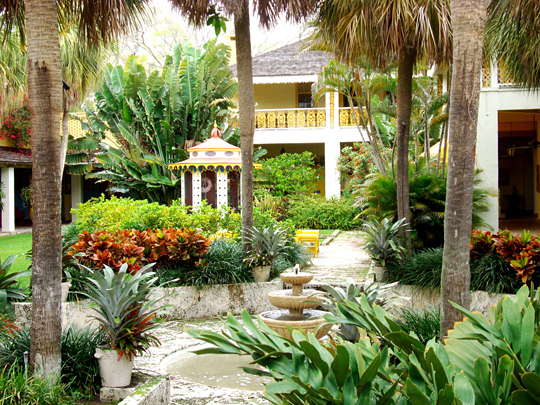 The house had all kinds of elements incorporated in to the structure. 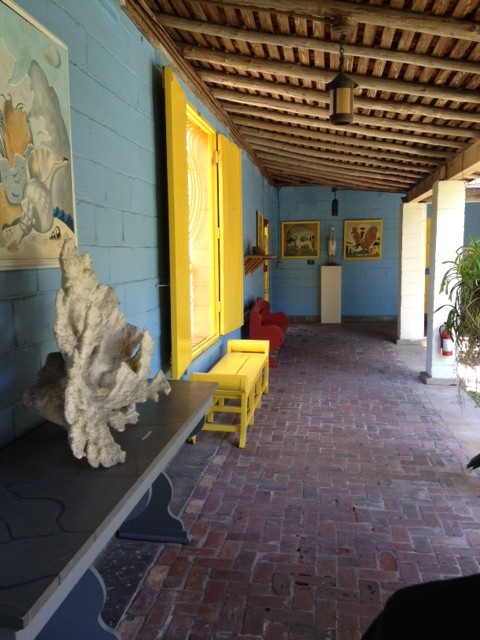 The courtyard was filled with two things that I love.. 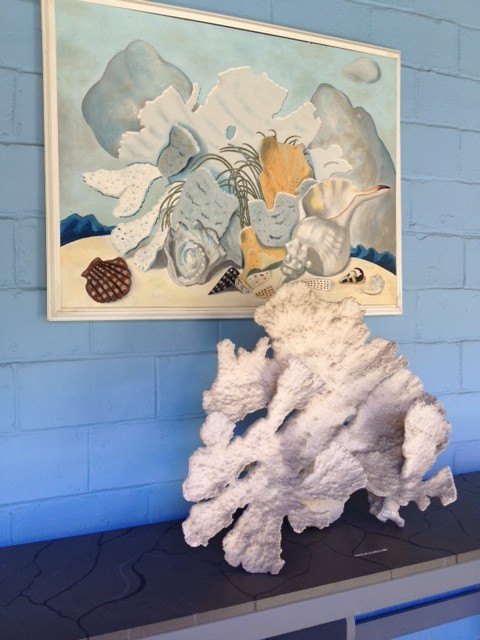 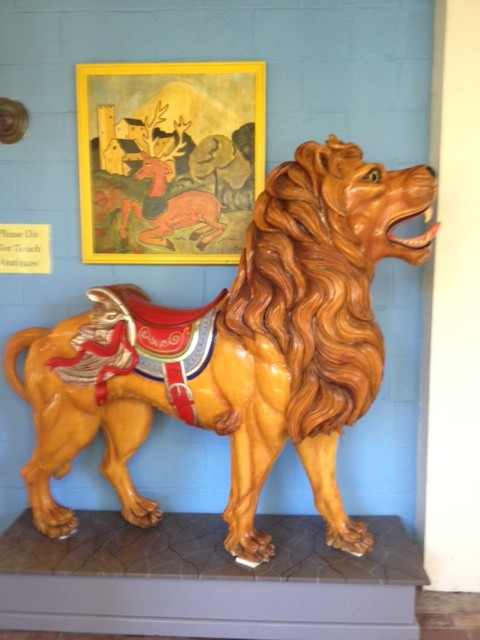 And whimsical animal sculptures and art. 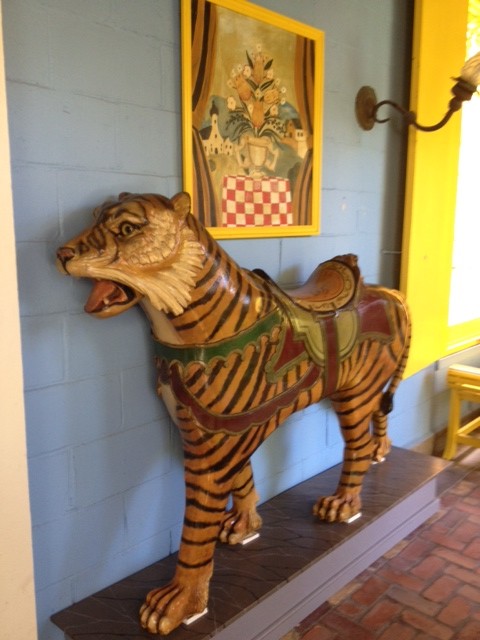 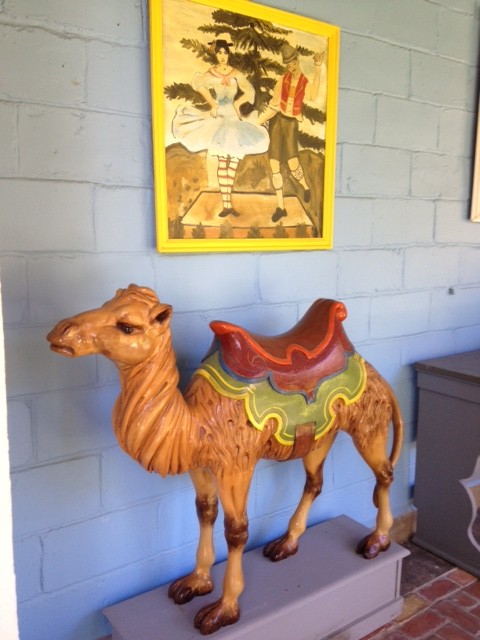 Inside the artist’s studio there were INCREDIBLE paintings. 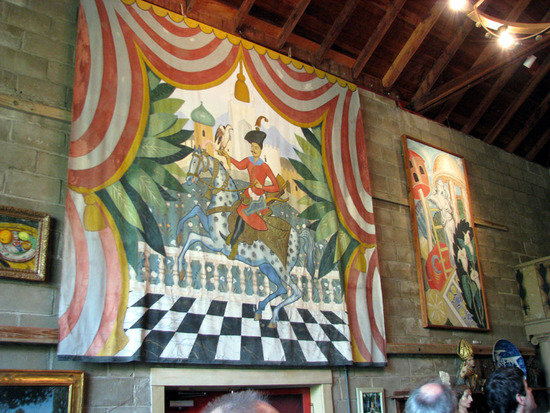 We were not allowed to take pictures in here, but I found this image on the internet.

And this one from Martha Stewart, who had just visited there as well, I found out. 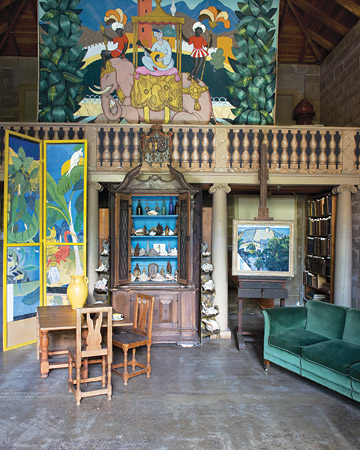 Big colorful paintings, with a whimsical twist. None of these images do justice to them. 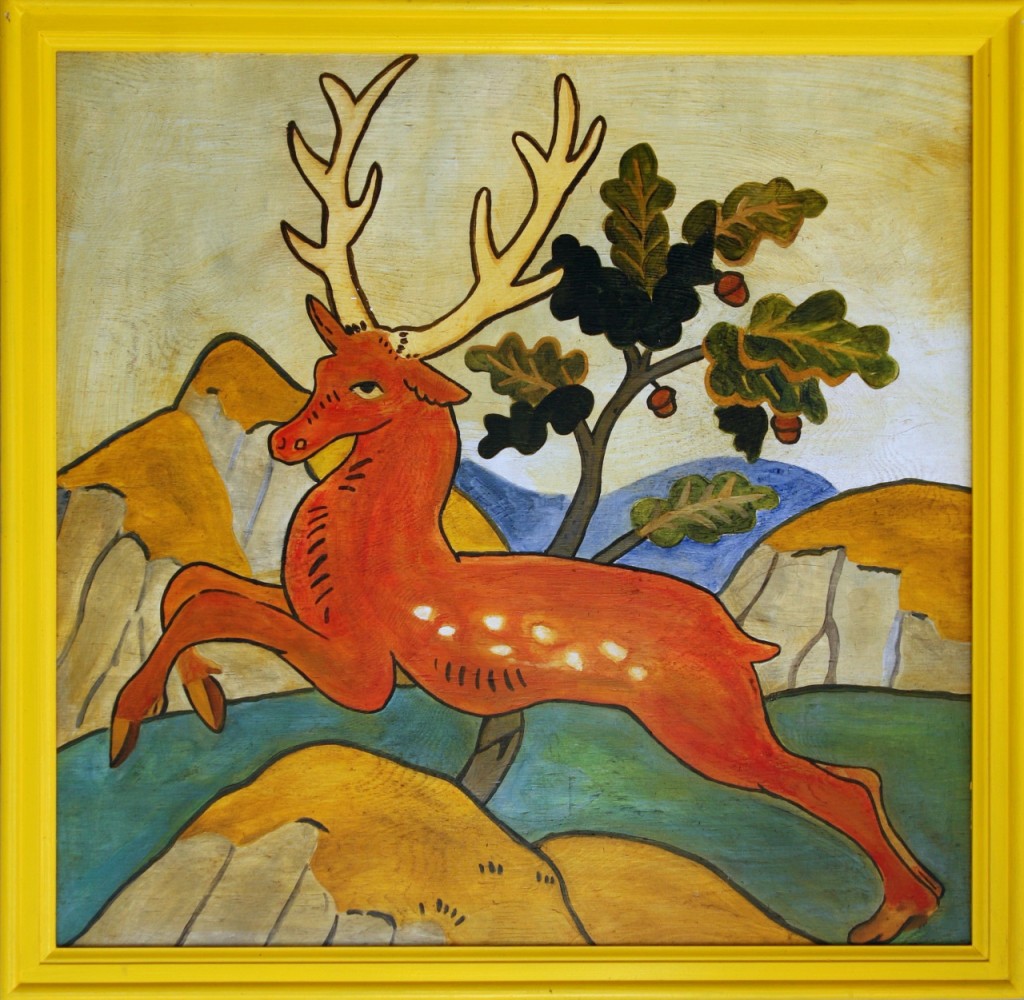 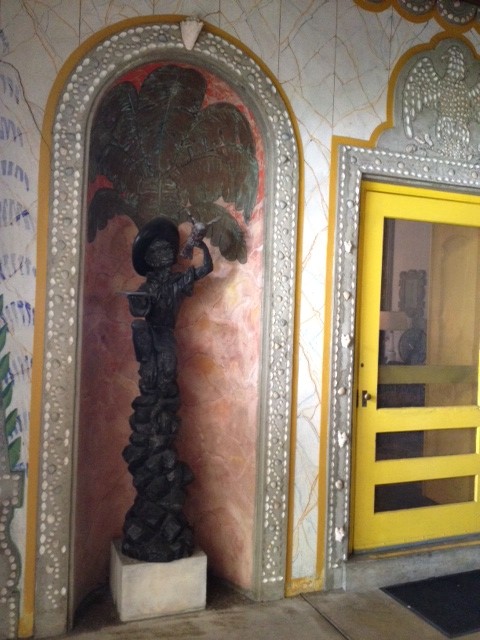 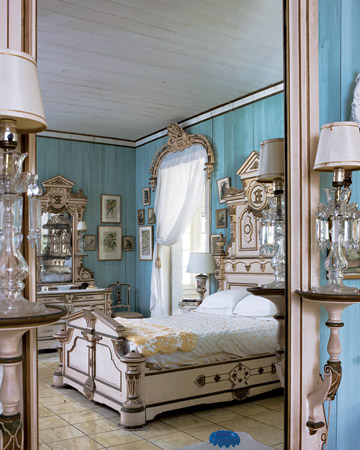 This is the master bedroom, which you are only allowed to see on film at the museum. Not sure why. 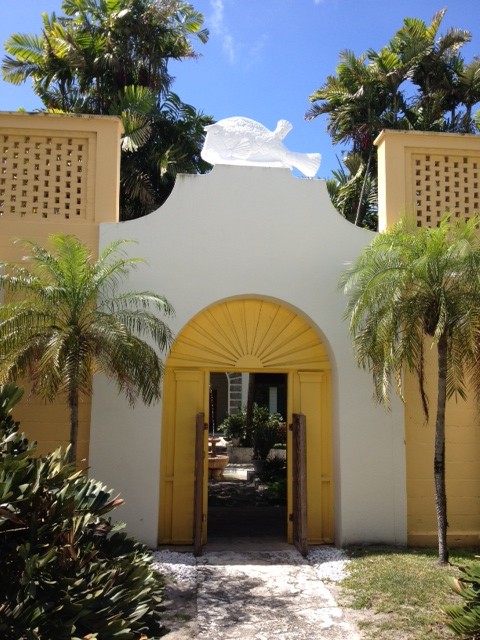 One of the many patio doors. 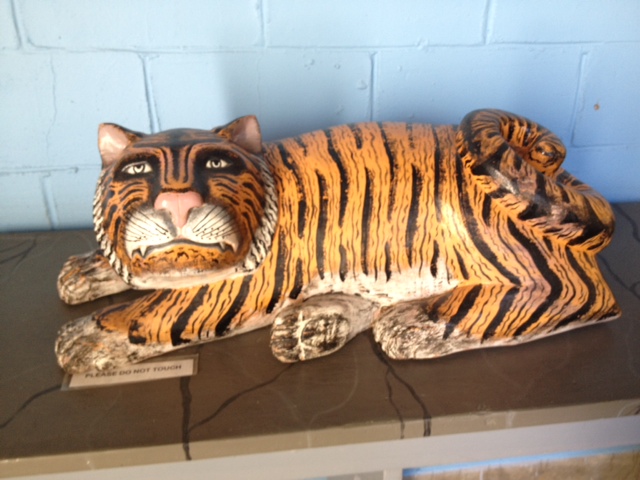 Thank You to artist Evelyn Bartlett for donating it to the Florida Trust for Historic preservation, so we all can enjoy it. She passed away at 109 in 1997.

The following is from the Bonnet House site:

“Due to the threat posed by inappropriately massive nearby development, the National Trust and the Florida
Trust for Historic Preservation designated listed Bonnet House as one of
America’s 11 most endangered sites in 2008.”

If you’re ever in the area, DON’T miss it. It will inspire you.