A visit to Gotland  a medieval Swedish island in the middle of the Baltic sea has long been on my bucket list. On the northern tip of the island is Fårö, the barren island Ingmar Bergman made famous in all his movies.  Whether you are a Bergman fan or not, I  this is a “must see” if you ever plan a trip to Sweden. 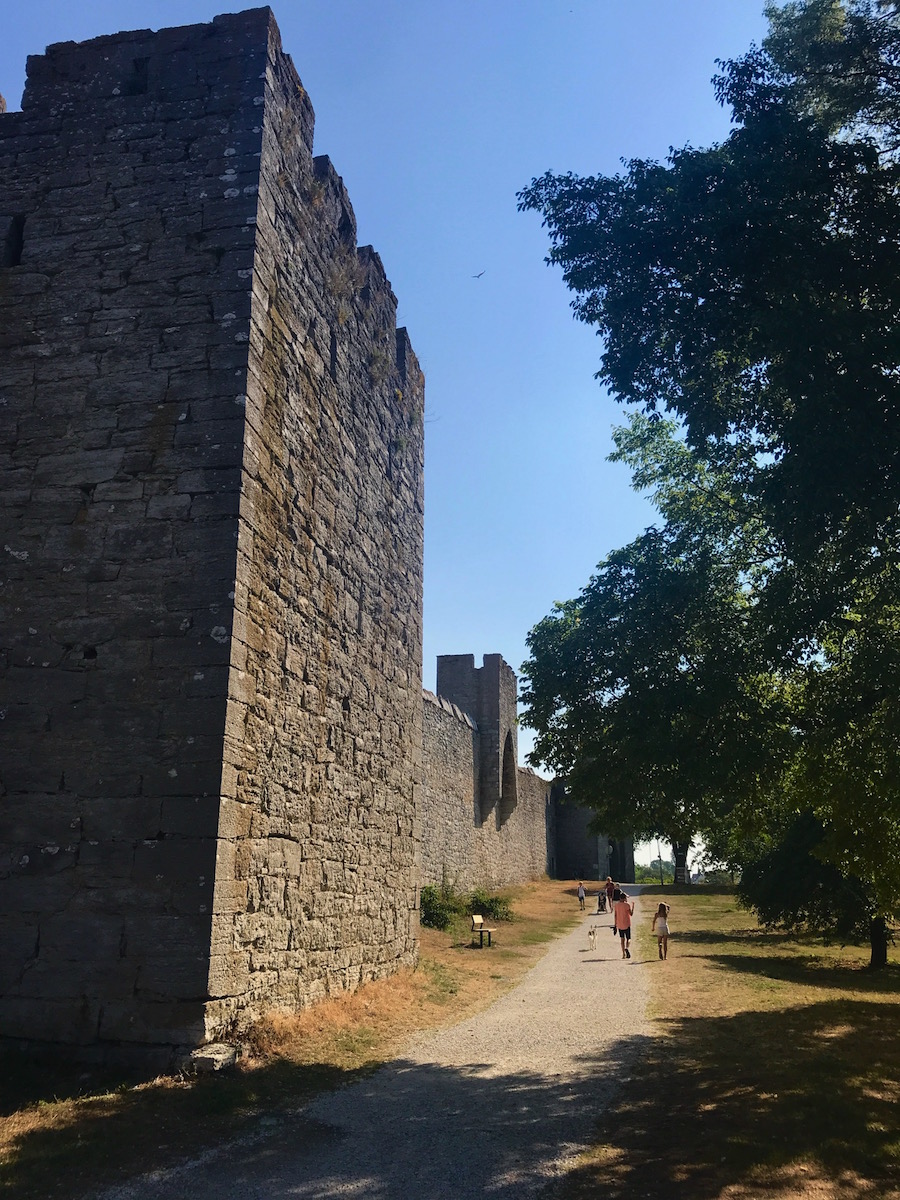 The dreamy main city is Visby takes you back in time.

It’s surrounded by a well preserved medieval stone wall with houses dating as far back as 1000 or before. You can spend the day and wander the narrow cobble stone streets and really feel what life was like a long time ago. Peak in to the charming small old houses, some even built in to the medieval wall. 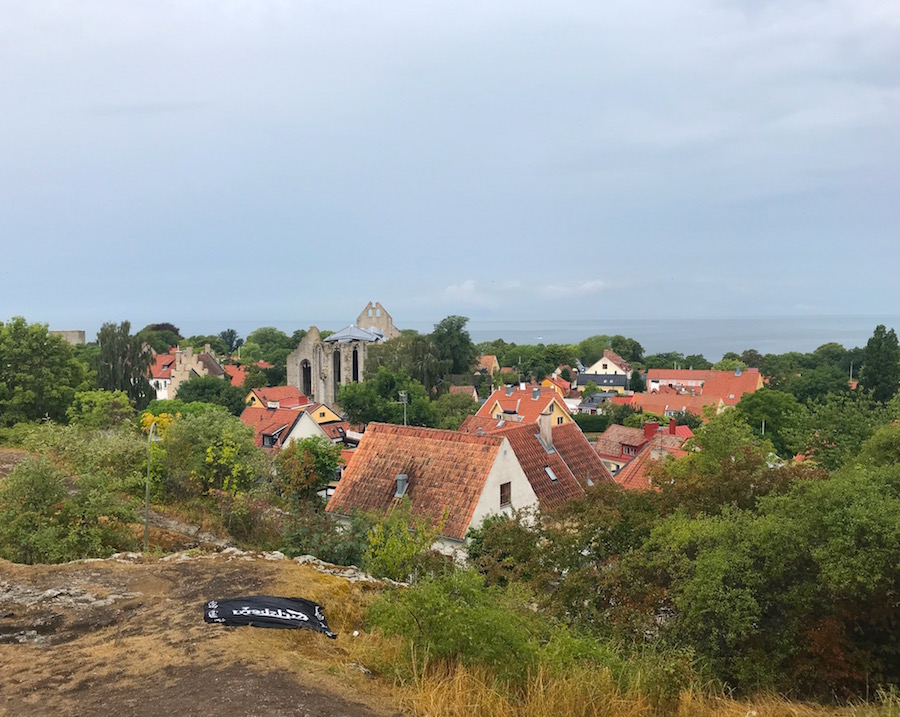 The island is littered with old churches because back in the medieval times nothing showed your power more than being able to build a church on your land.

To get here you can either fly or rent a car and drive to Nynäshamn to take a 3.5 hour ferry over to Gotland (www.destinationgotland.se) which is what we did. The ferry ride is comfortable and you can bring your car with you.

Our flight from LA was late so we missed our ferry instead had to take one that arrived at 2am. 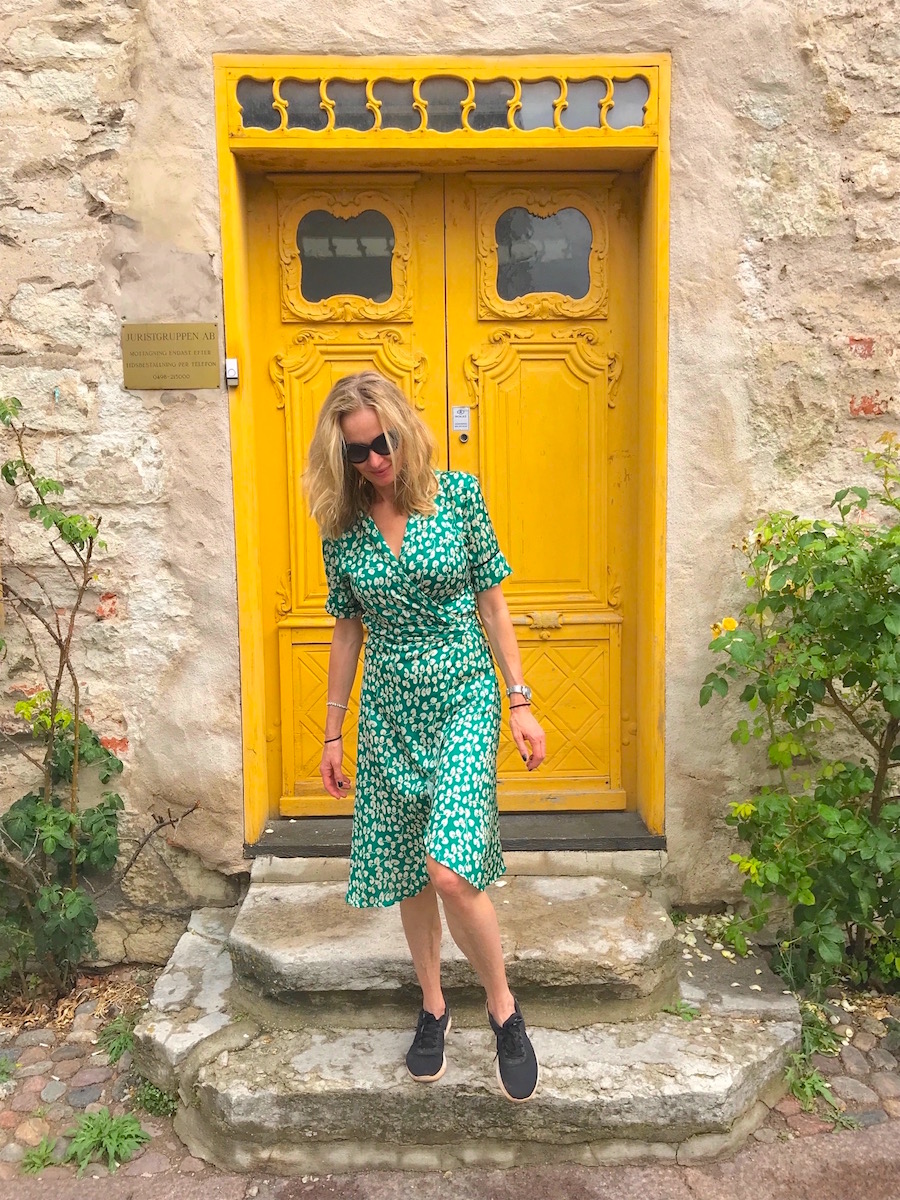 We got up the next morning and walked around Visby.

The entire town is a giant photo op. 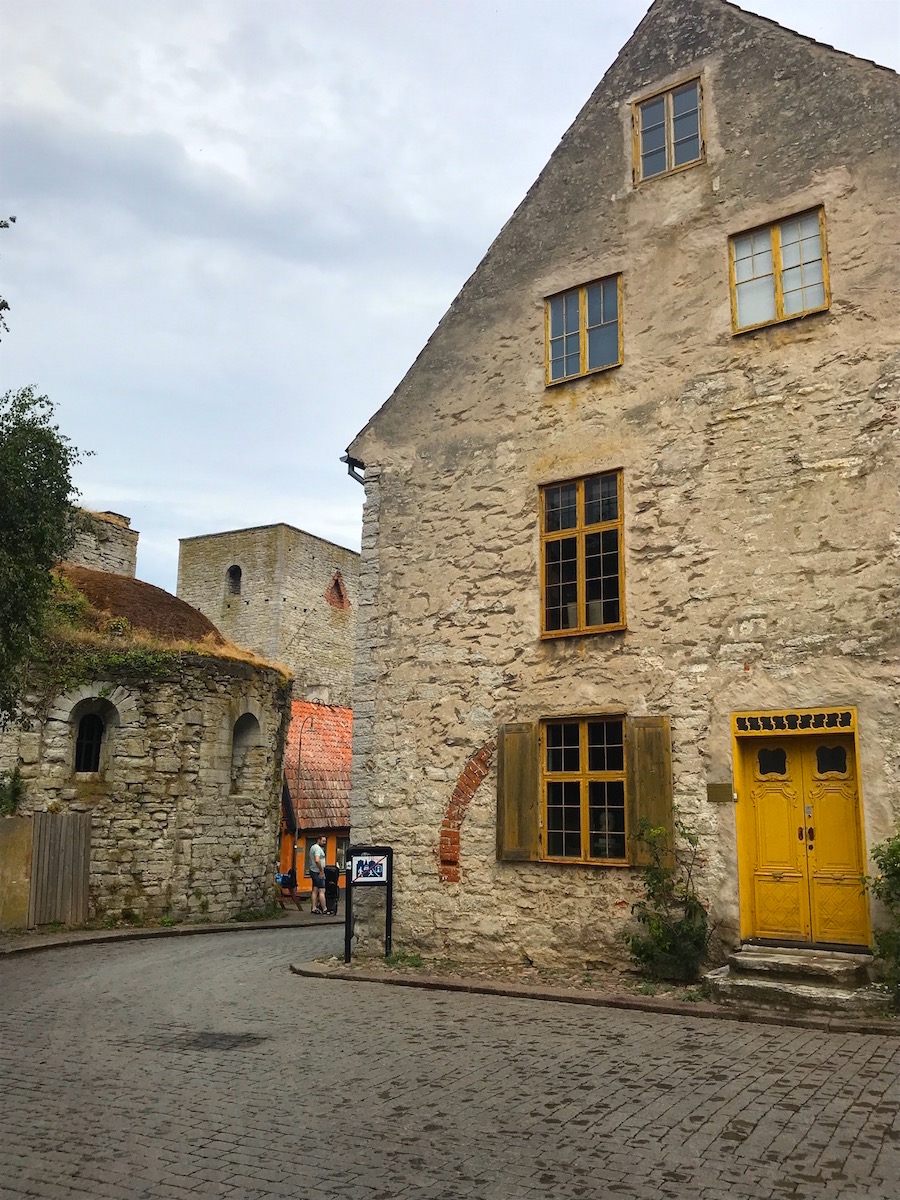 It’s a very “walkable” city with lots of great cafes and restaurants. If you love design you will get such enjoyment out of all the old colorful architecture. 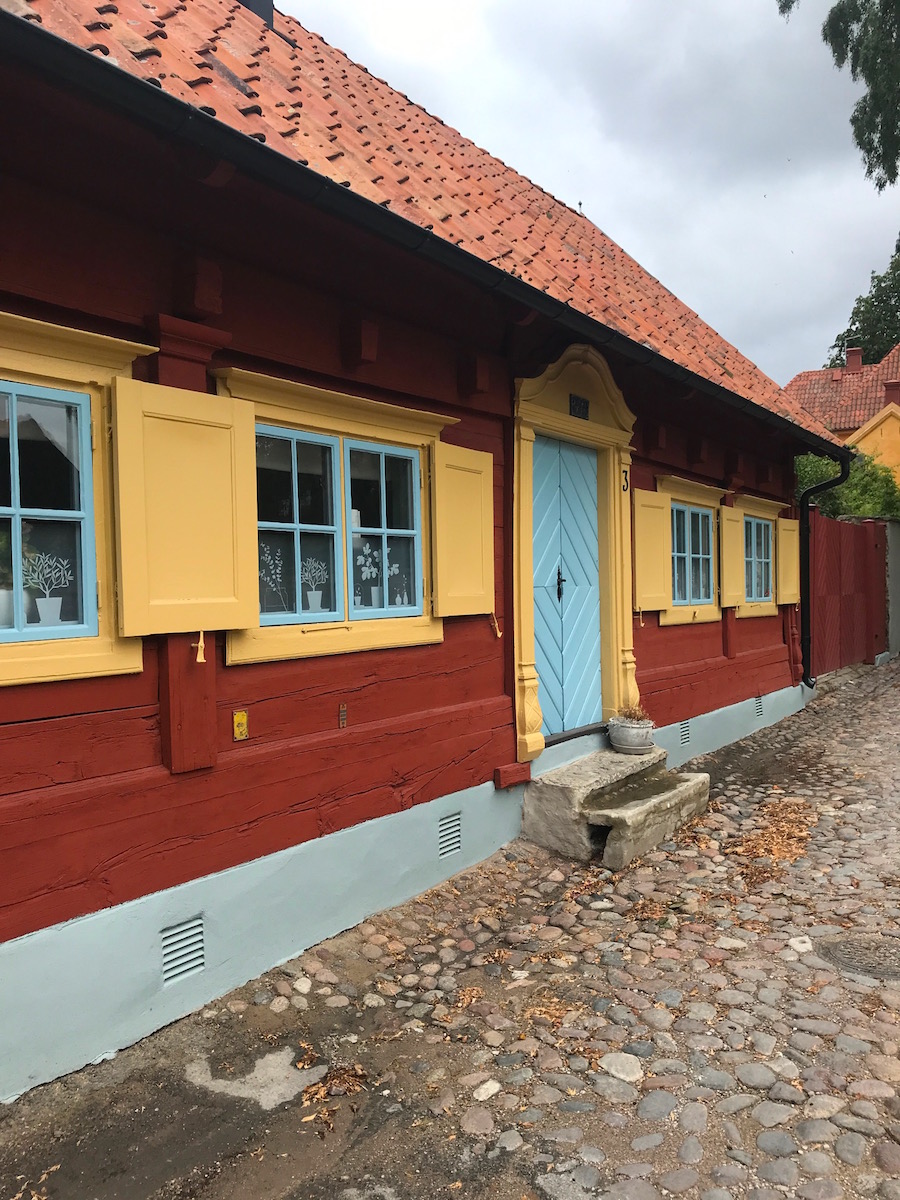 In the afternoon we drove to the northern tip of Gotland and took the ferry over to Fårö – Ingmar Bergman’s beloved island.

It’s a barren windy island where it rains a lot. However Sweden this summer has suffered through three months of drought and 90 degree weather  so it felt more like going to Greece!

We had to take 40 minute swims in the Baltic just to cool off! 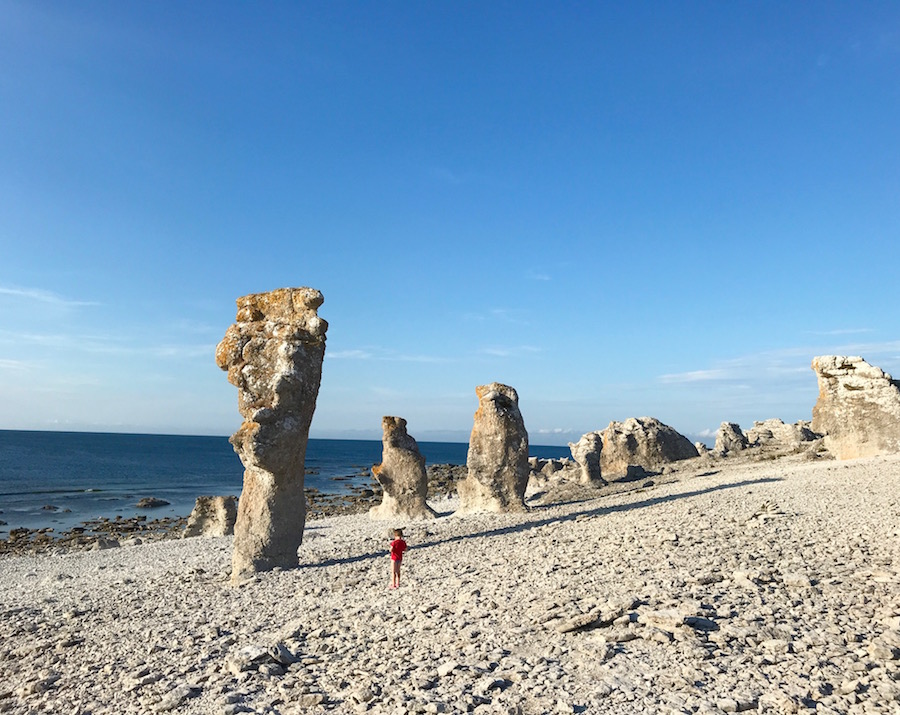 On Fårö we visited the famous area Langhammar’s Raku area with stones that have been shaped by the sea and look like human made sculptures. 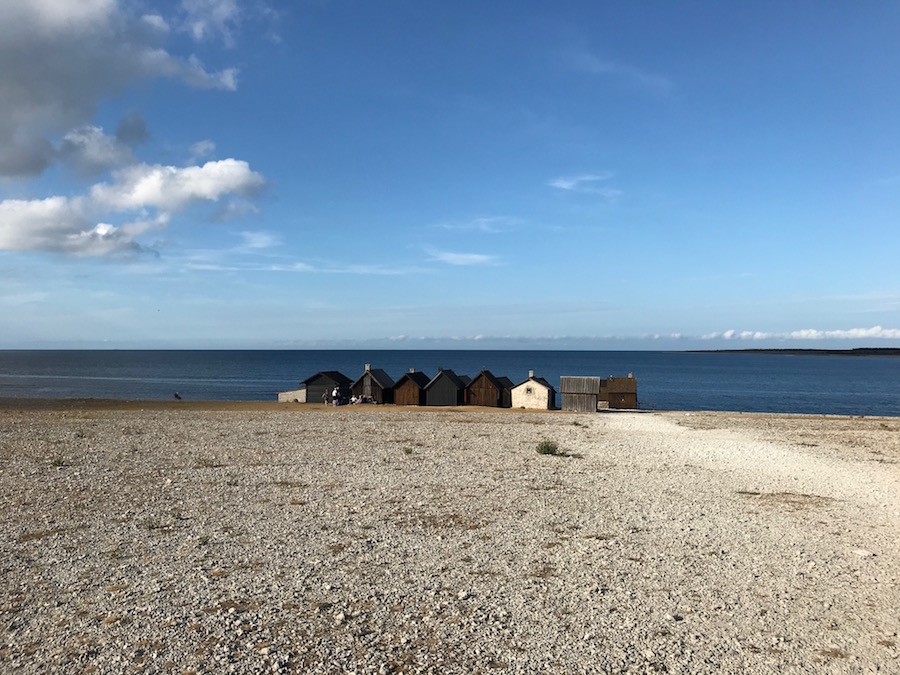 It’s just a few old beautiful fishing huts where a holy man lived, but it has a spiritual quality to it, and the. simplicity and the beauty is breathtaking. 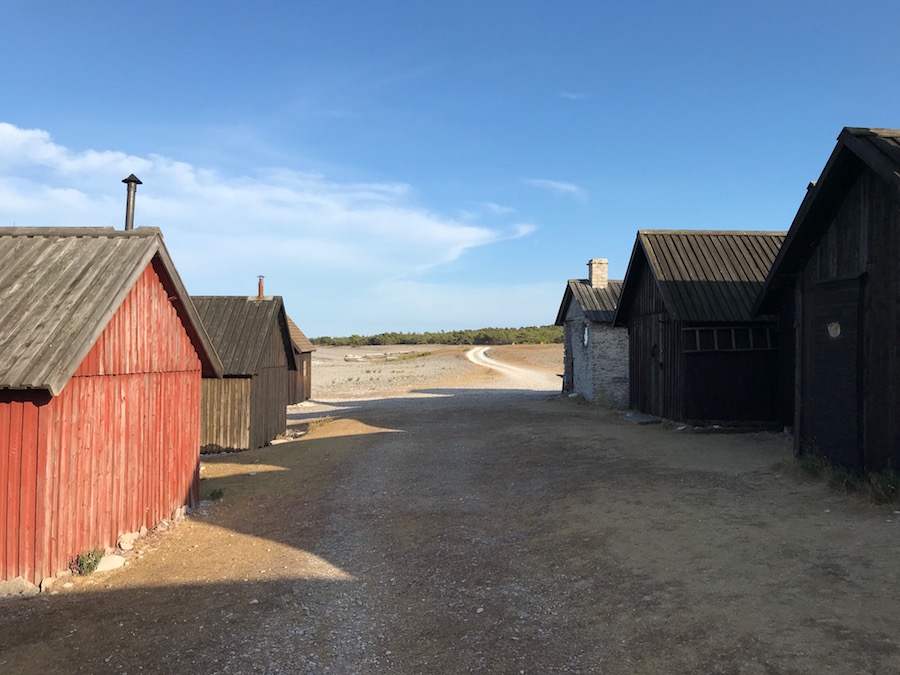 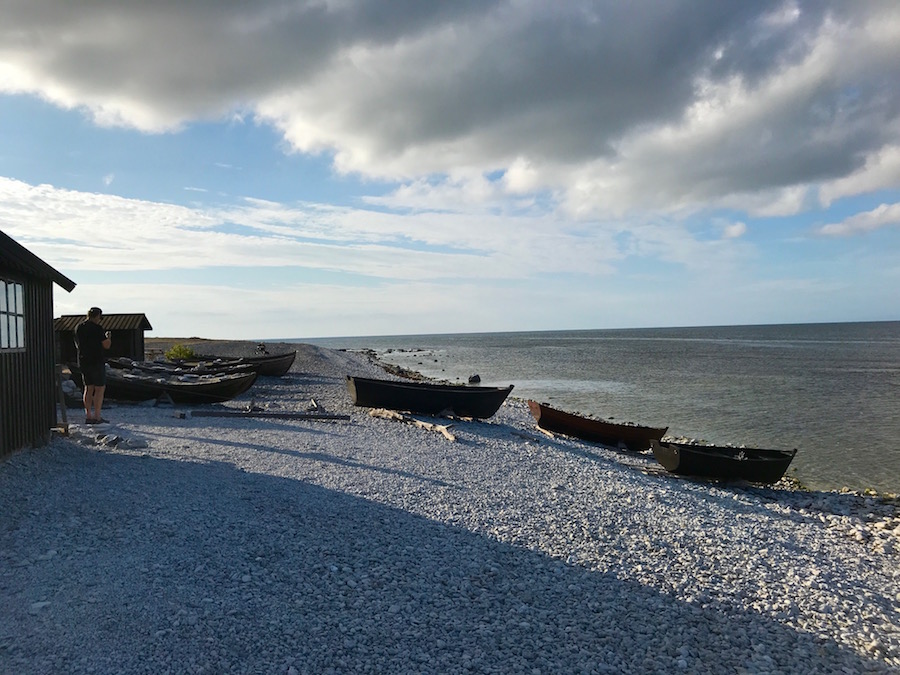 I’ve never seen so many beautiful shades of gray.

No wonder Bergman filmed a lot of his movies here. 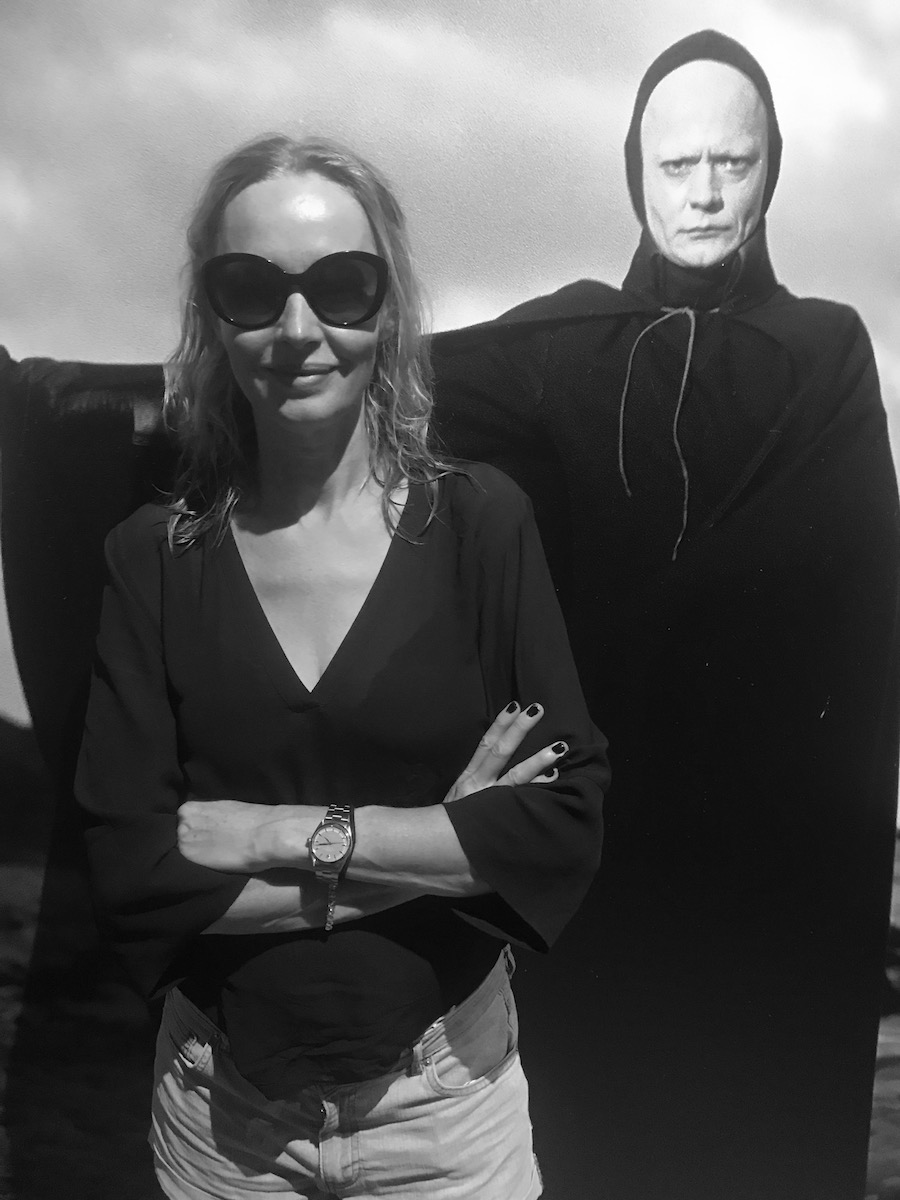 On Fårö we of course had to visit the  Bergman Center

When Bergman died he sold all his things at an auction in Stockholm as he didn’t want any of his things kept. However his daughter bought them all and created this museum. Here you can see items from his movies, posters (like Death from the Seventh Seal above) and rent all his movies ever made.

For one of the most amazing filmmakers in the world it’s a very humble place, but of course with the Bergman cool. Probably just the way he would have liked it.  This year Ingmar Bergman would have been 100 year’s old, so he is celebrated all over Sweden. 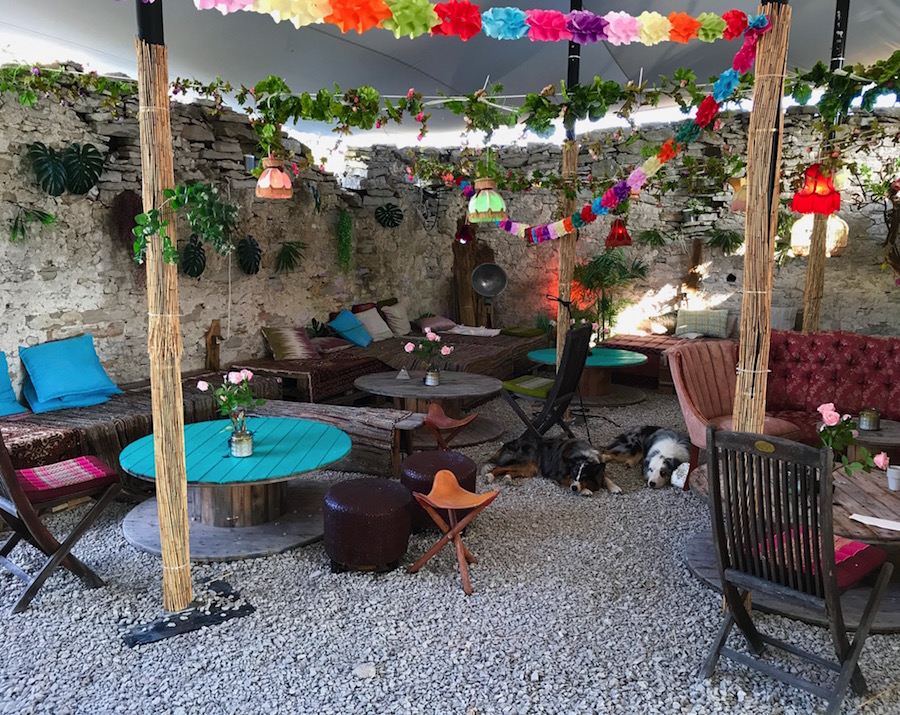 Fårö like Gotland is know for it’s foodies and hip cool eateries and bars. We loved Lautner’s Sommarliv created in to the old ruins of a house, designed with a look somewhere in between Mamma Mia and Mad Max! Very cool.

Our favorite part of the trip (which I could not recommend more!) was a stay at Furillen .  It’s an old factory turned hip hotel situated on it’s own little island. It’s only open for two months in the summer, the rest of the year its a film studio and rented for fashion shoots. 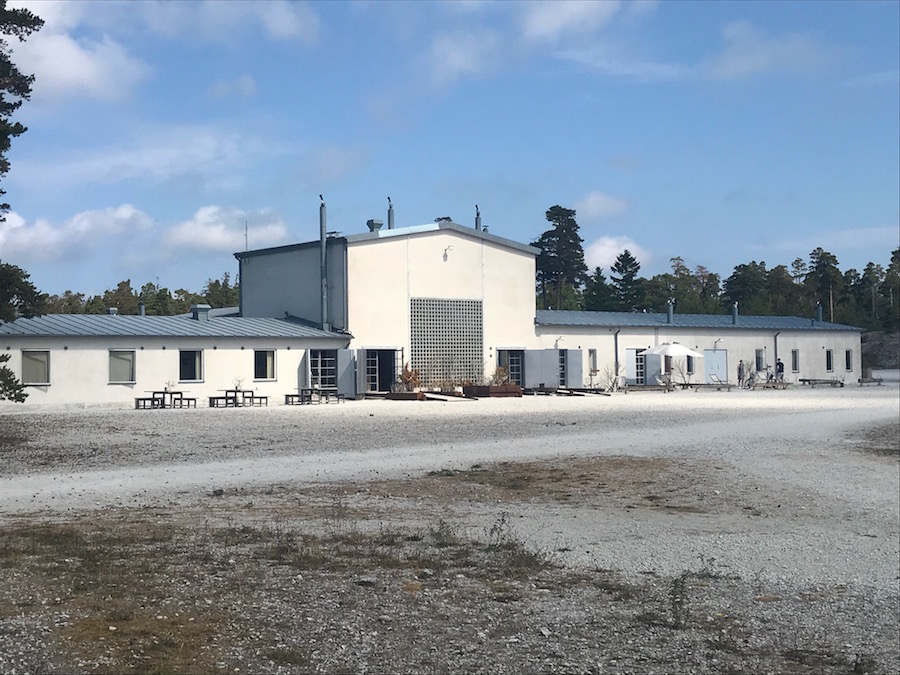 It looks barren from the outside but the vibe is serenely cool. You can stay in a room or you can rent a tiny hermit cabin and stay alone in the woods by the ocean. All rooms come with old fashioned grey bikes to bike around on.

In the old mine they sometimes have concerts and you can swim in the Baltic that surrounds it all.

I’m a huge color lover, but after seeing the serene timeless coolness of the Furillen interiors you can easily have a change of heart! 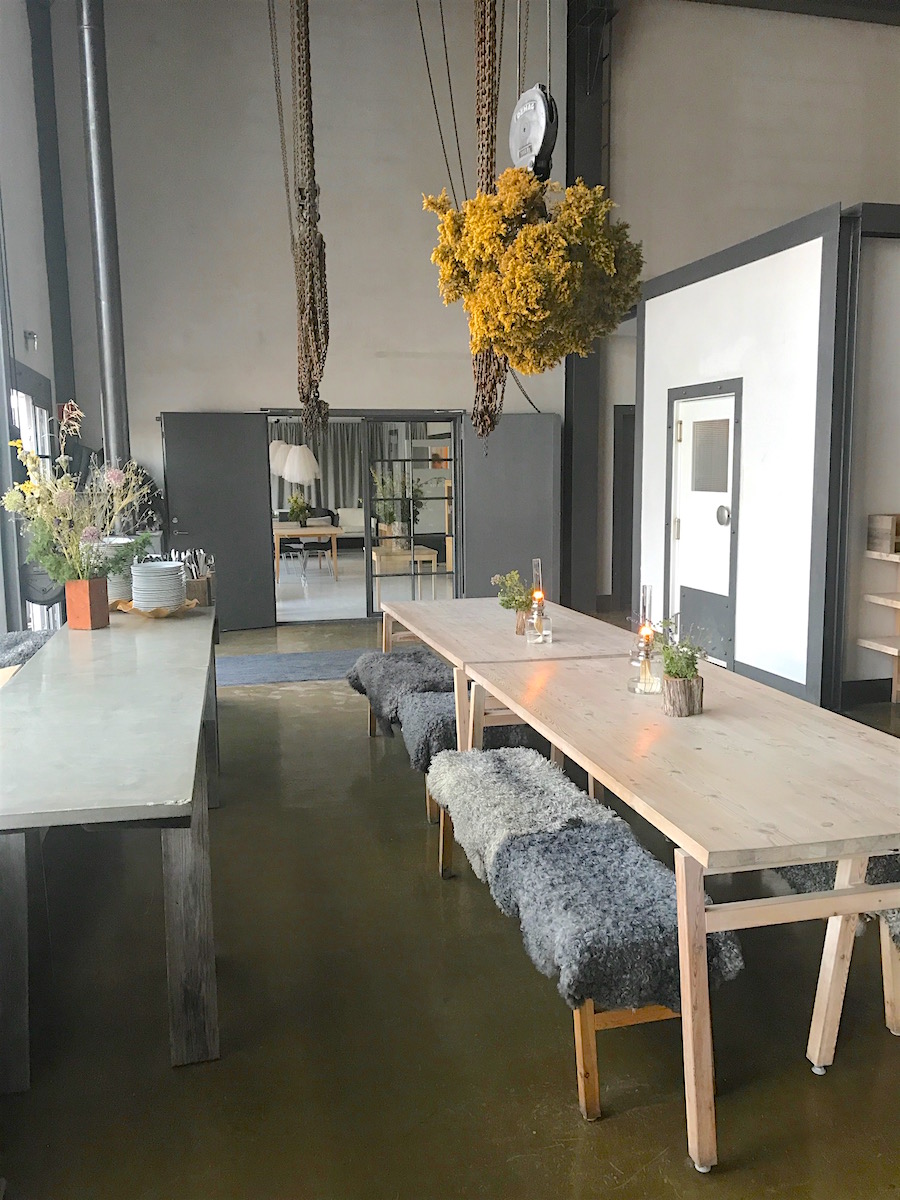 This is the common area and breakfast room. 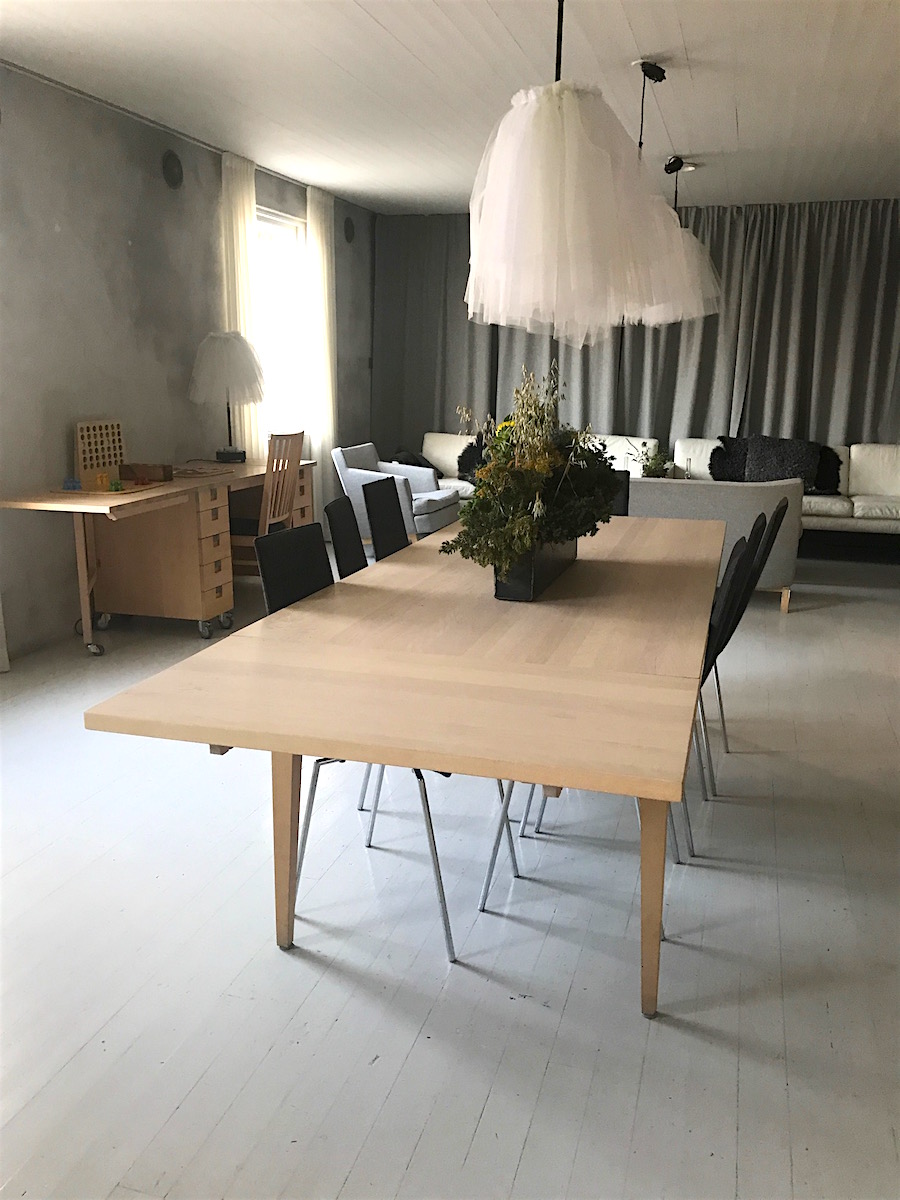 Another library type hang out room. 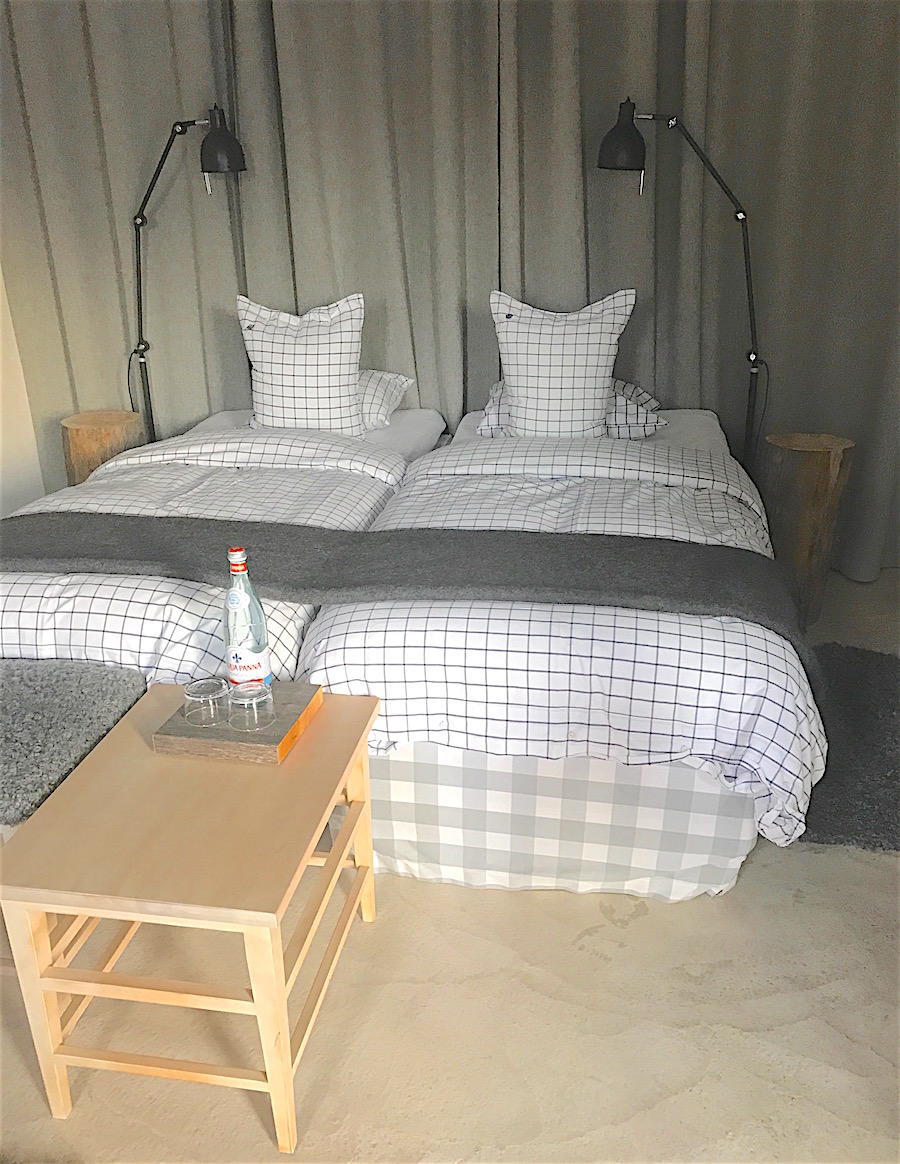 The simple rooms complete with Scandinavian plaid, birch wood and your own fireplace with firewood.

Seriously hop over to their website and check out all the photos. 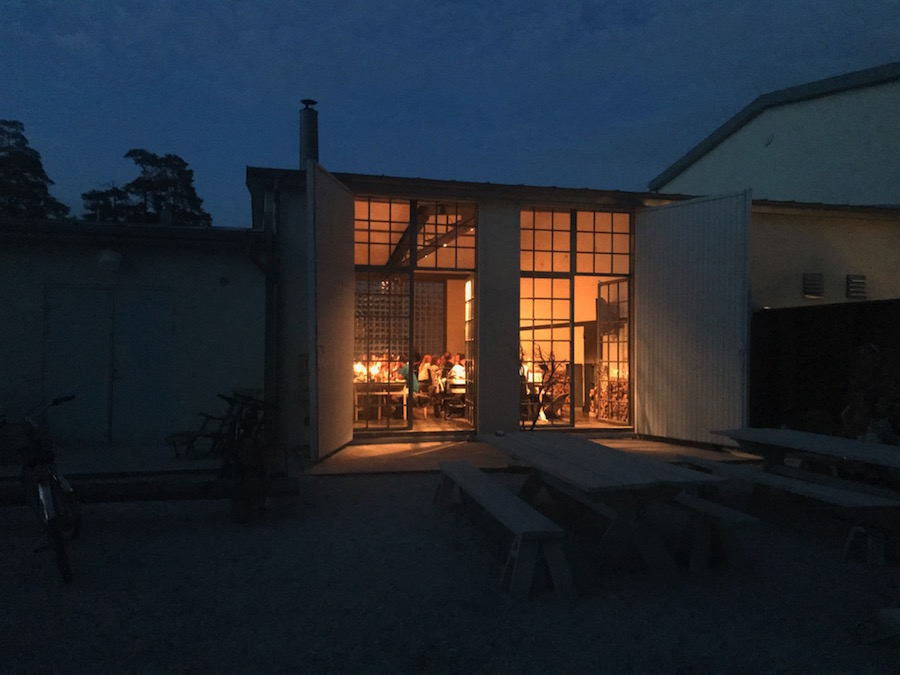 This is the restaurant where they have an their eight course tasting dinner that people from Stockholm helicopter in for overnight and stay in the hermit cabin. Could not think of a better way to spend the night!

The food at the hotel is DELICIOUS. 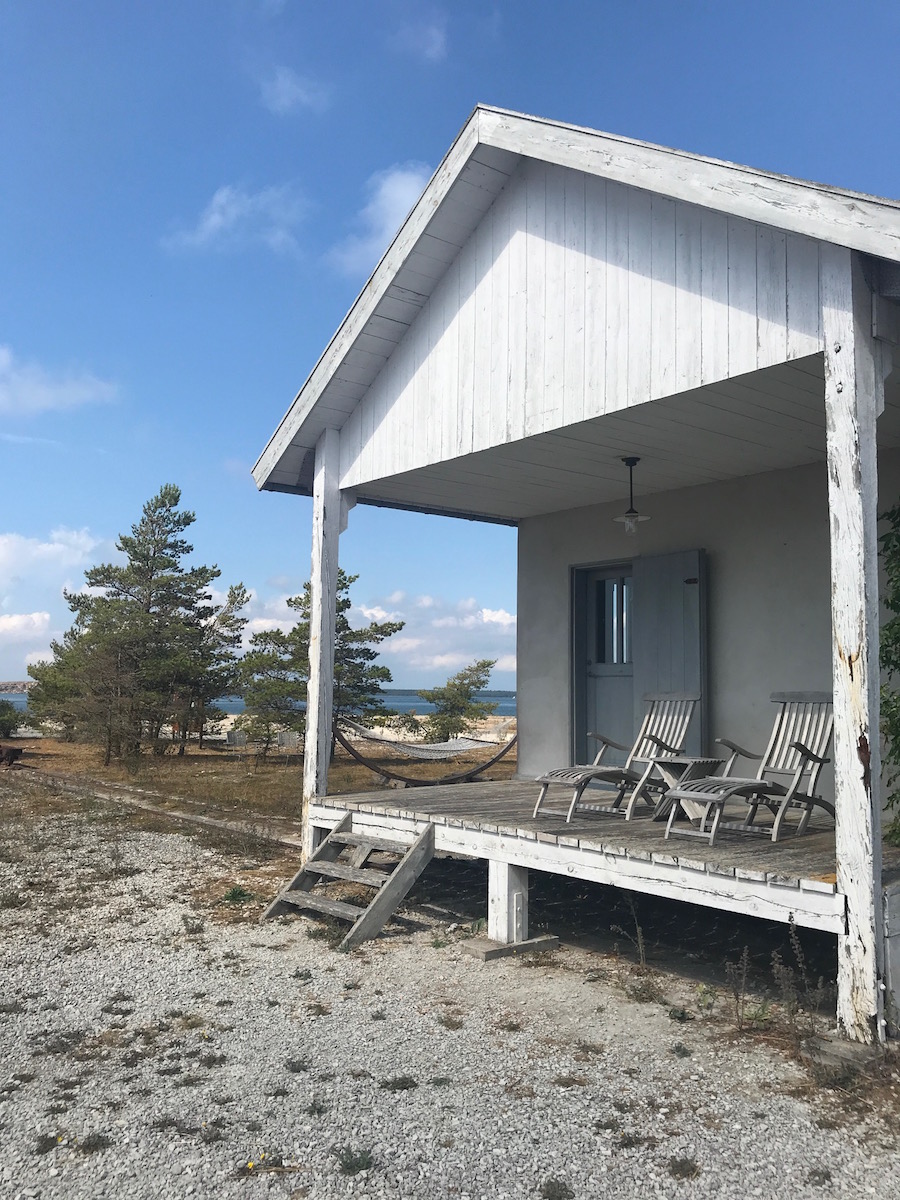 I already I can’t wait to come back to these islands next summer!

2 thoughts on “A trip to Ingmar Bergman’s Island”