I’ve always had a love and fascination for the tile fireplaces that exist in many old houses in Sweden. An early version of the tile stove (as it would be called if you translated the Swedish name) dates back to the middle ages. But it was not until an economic crisis in the 1700’s, when they had to find a way to extend the life of firewood that the famous “kakel ugn” was invented. Two very clever Swedes figured out a way to create smoke channels beneath tile, that would keep the heat for a much longer amount of time. They also invented vents that allowed you to control the speed at which the fire was burning.

In the beginning it was only castles and large estates that had the fashionable fire places. They were a symbol of wealth and people adorned, designed and embellished them in all kinds of ways. This one is in the Sturehof Castle. 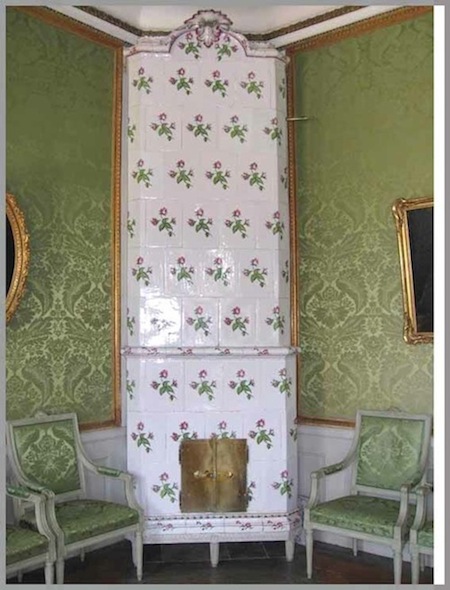 People were extremely proud of them, and they let the tile fireplace dictate the design for the room. Several trendy tile fireplace factories started designing all kinds of fancy looks. They were so effective in heating the homes, that people started building houses with more and larger windows, no longer afraid to loose the heat of the fire. It wasn’t long before they could be found in manor homes, and very soon…

….the tile fireplace existed in every home in the country side and cities. 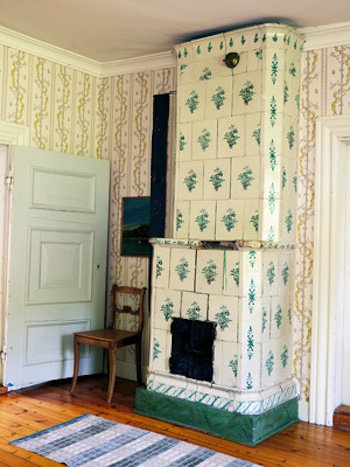 Even the tiniest little fishing cottage has them. 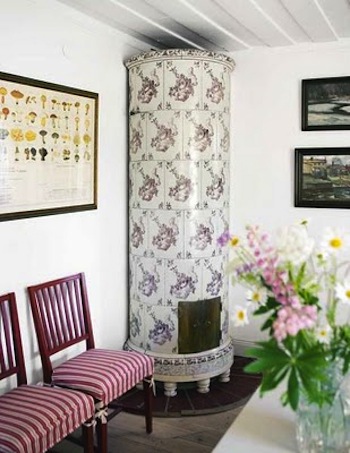 From 1850-1920 the tile fireplace experienced it’s golden age. They were often placed in the corner of room like a heater.

The blue and white tile design became a classic. 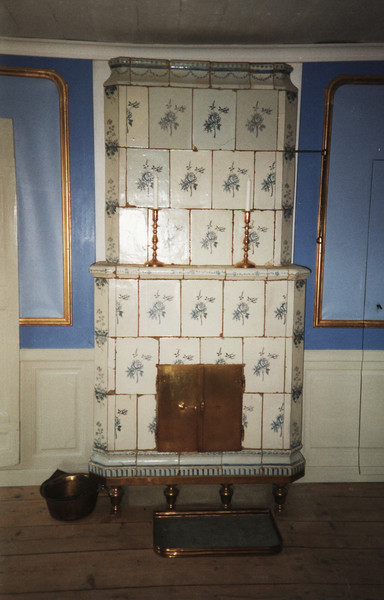 And came in fancy or simpler versions. 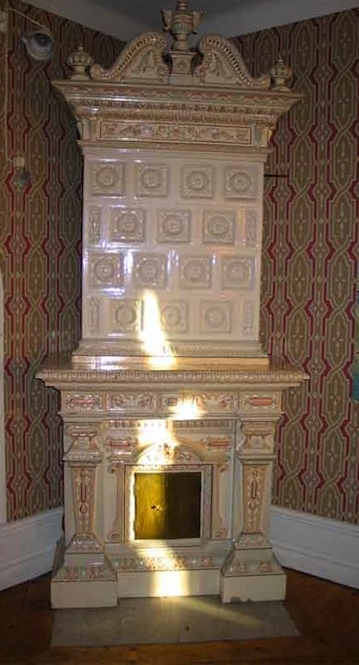 The beauty of an old tile fireplace never ceases to amaze. They’re a beautiful reminder of a time that has passed. Although no longer a necessity people do use them in the winter time. And let me tell you – they really heat up the house! The heat stays in the tiles for a long, long time after the fire has burnt out. But they are a bit difficult to use, you really need to know what you’re doing — if you don’t want to burn the house down!! 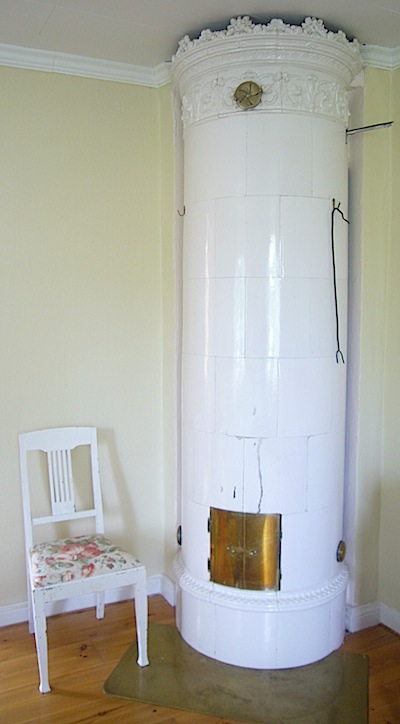 This one is in our TV room. When this house was built in 1870 a tile fireplace existed in every corner of every room. All the fireplaces are still here, but only three remain the old tile fireplaces they were. I did find the pieces for one below one of the barns the other day. I hope I can assemble it and use somewhere. 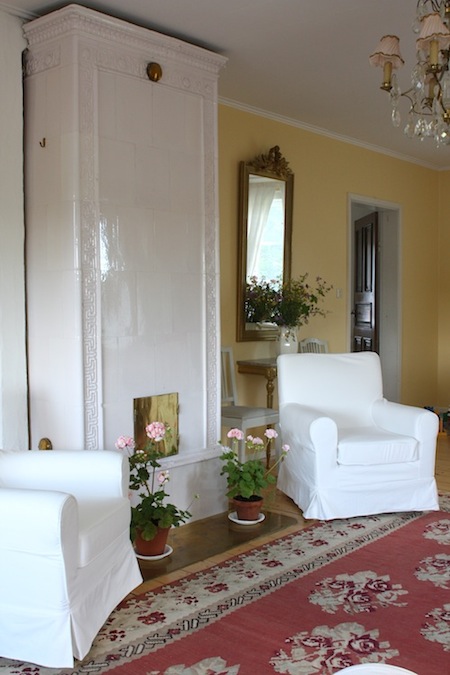 There’s a larger one in the living room here. A room which is still pretty empty except for four white Ikea chairs and a kilim carpet. The room has been used as a living room/playroom. But I’m getting ready to finish it, as well as the TV room down stairs.

I’ve got to admit I’m itching to add some modern, Hollywood regency inspired, un Scandinavian color splashes to this house! Have some ideas brewing… thinking of how to stay true to this old house, while adding something a bit modern and bold. Have some ideas…which I’ll share with you next week.

In the mood for an antique tile fireplace in your house? Check out this site–Lindholms Kakelugnar. You can order and have installed.

4 thoughts on “The beloved tile fireplace”