You might remember my post about my stay at Haringe Palace in Sweden this summer. I was so excited about that amazingly beautiful castle I asked the hotel management team c/o Hotels to select their favorite hotel room at any of their hotels, and participate in this series!! Creative director Jenny Ljungberg recently acquired and renovated The Maidstone Arms in East Hampton, a little country hotel dating back to the 1850’s. It’s now reborn as c/o The Maidstone and has received a complete Scandinavian makeover!!

TEN THINGS WE LOVE ABOUT THE ARNE JACOBSEN ROOM!!

“c/o Maidstone has been redesigned with a “Scandinavian cozy” concept, an eclectic mix of the best of Scandinavian Design from the 17th century to todays newest generation of designers. Each one of the 16 rooms is unique – inspired by Scandinavian celebrities, such as Alfred Nobel, Thor Heyerdahl, Edvard Munch or Astrid Lindgren. One of our favorite rooms is the fabulous Arne Jacobsen Room, which is filled with design gems by perhaps the most famous Danish architect and designer!” 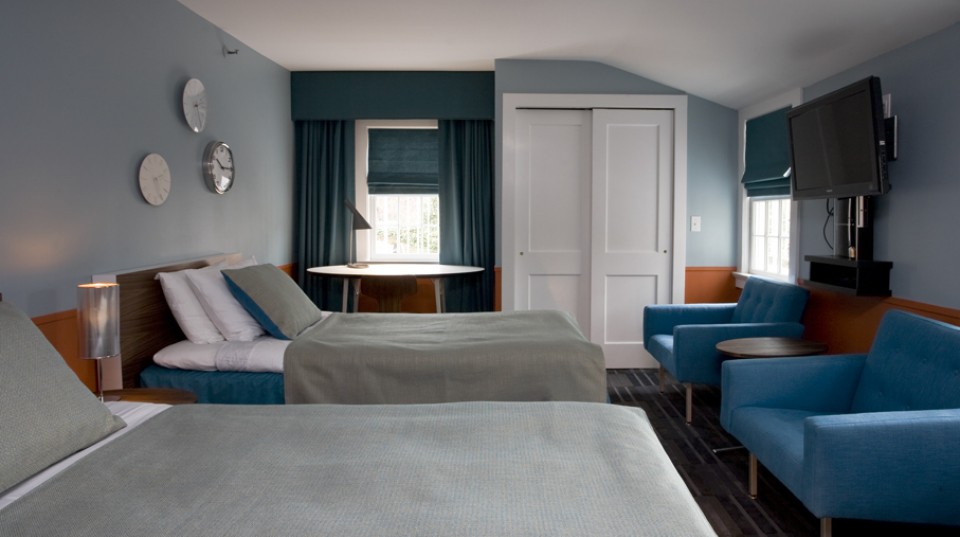 These clocks were produced in the early 1970’s, evolving into classic Scandinavian design icons over the years. The hour markers are composed of 12 squares, with the relevant square filled according to the hour. 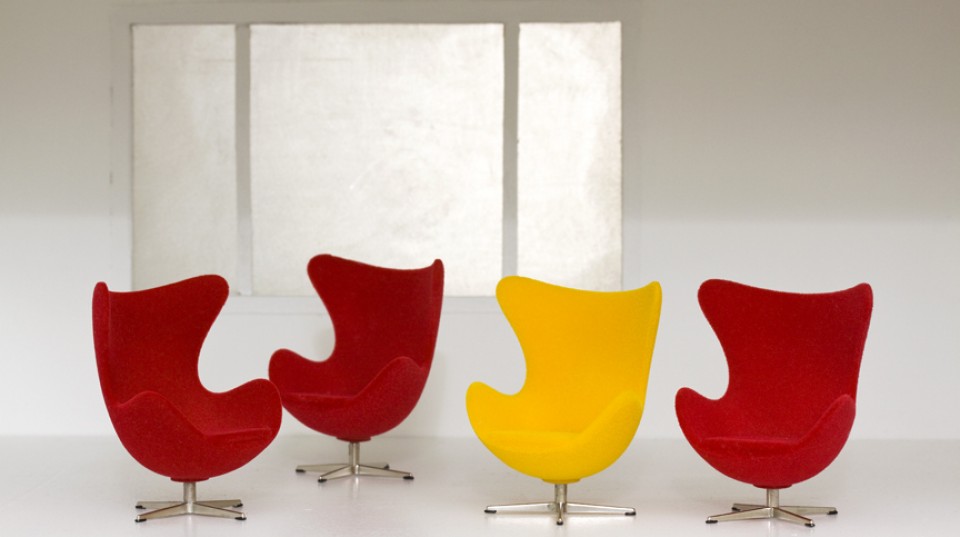 2. The fun dollhouse in the bathroom

Featuring miniature versions of the celebrated Egg Chair, originally designed for the lobby of the SAS Royal Hotel in Copenhagen, the worlds very first design hotel! 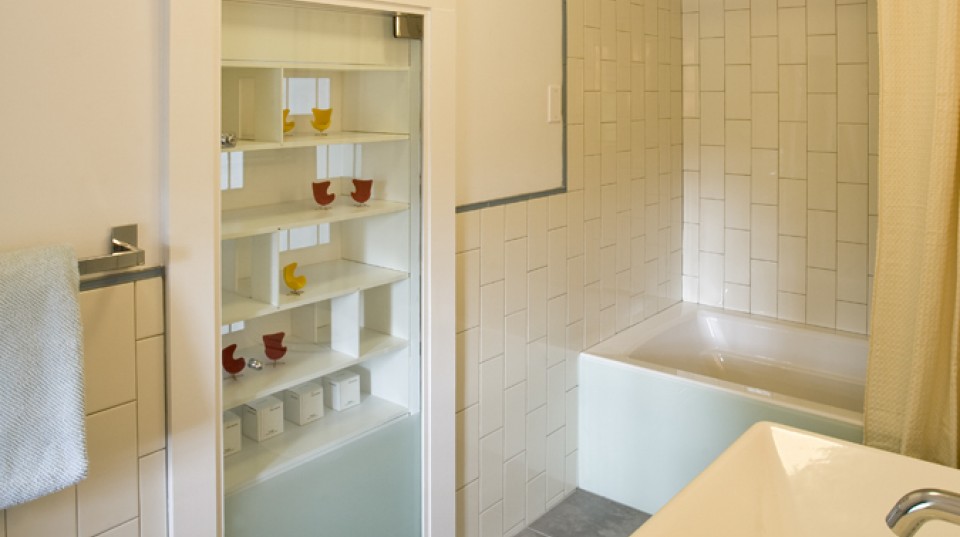 3. The whimsical tiles in the bathroom

A replica of the Arne Jacobsen tiled petrol station outside Copenhagen. Jacobsen decided to revise the traditional tile-laying methods by encasing the faÃ§ade with vertically laid tiles. 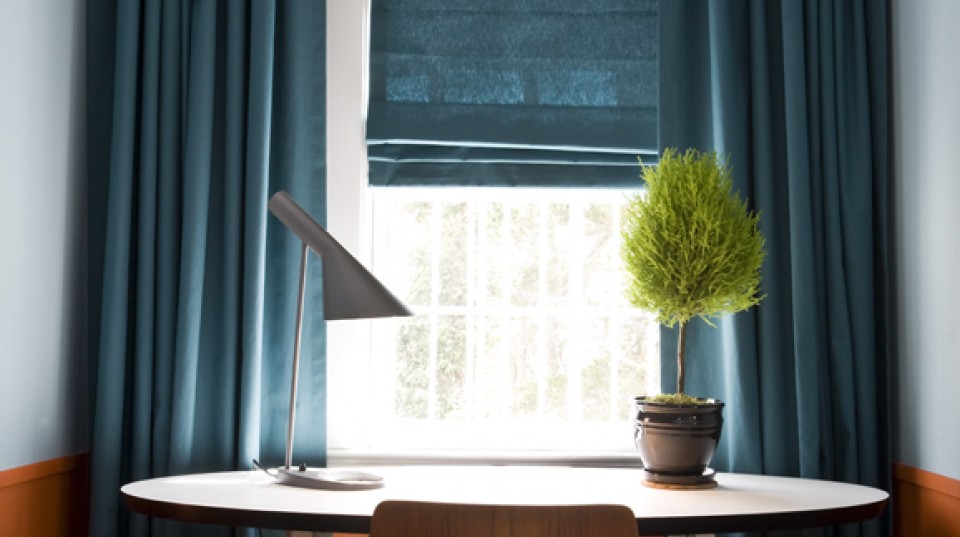 The AJ-Lamp is part of the furniture series designed for the SAS Royal Hotel in Copenhagen. The lamp is deliberately asymmetric, so that the light is concentrated in the direction where it is needed. The hole in the middle of the stand was intended as an ashtray-holder!

This fabulous Danish wall-art piece has been remodeled as a shelf, adorned with neat gadgets and useful books! 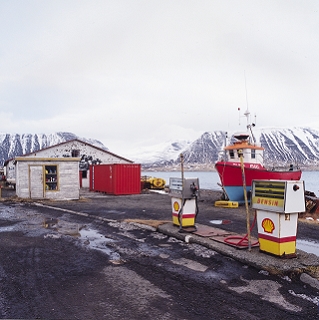 Spessi is a down to earth artist, who conveys transparency and unsentimental reality. The photo Bensin in the A.Jacobsen Room is a piece of contemporary Icelandic history architecturally, socially and ethically.

7. The yummy local treats in the Mini Bar 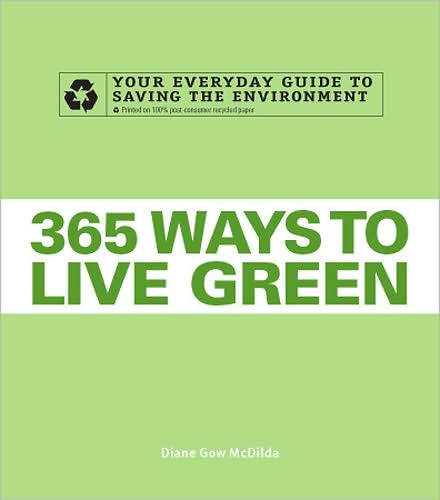 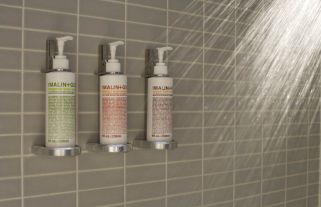 The wonderful natural shower-gel by New York based duo Malin+Goetz is in a pump-dispenser, making showers ever so fun & environmentally responsible!

The light blue tones nicely blend with hints of orange and white, giving off a soothing and blissful vibe!

NOTE: Arne Emil Jacobsen (1902 1971) was a Danish architect and designer, exemplar of the ‘Danish Modern’ style. In addition to his architectural work he created a number of highly original chairs and other furniture. He received several international distinctions and medals.

2 thoughts on “10 things we love about our Bedroom!”