We’re back, we’re tired, but refreshed. Sometimes the most fun things are not preplanned….Well what better way to get over a hard time than doing something difficult….like swimming with sharks?  Or feed swimming pigs? Huh?

I have an annoying fear of deep water from watching JAWS at the wrong age. I started surfing to get over the water fear. However every time I’m in the ocean or a really large pool for that matter I hear the JAWS music…So how could I turn down an invite to swim with a bunch of wild but “friendly” sharks?  It was just too enticing, the sign was cool, the marina was charming….

I was all excited until I saw this — 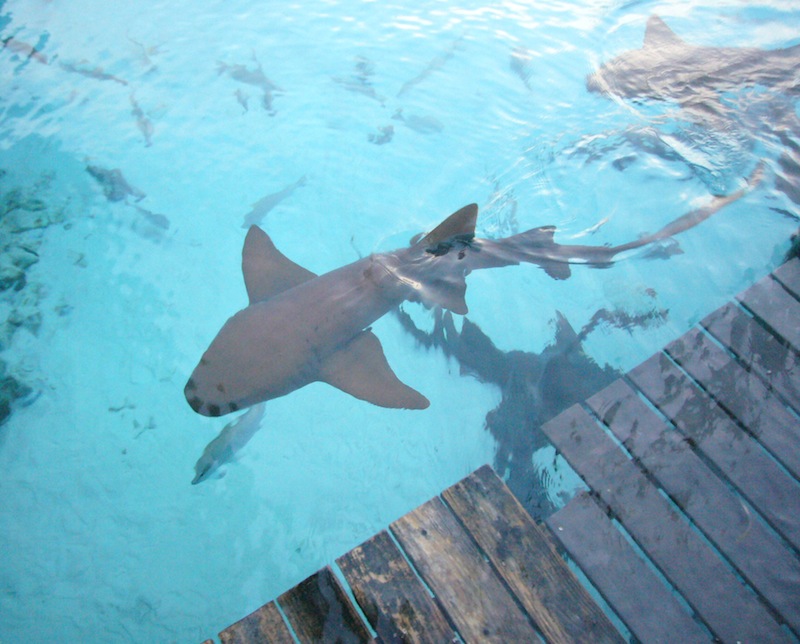 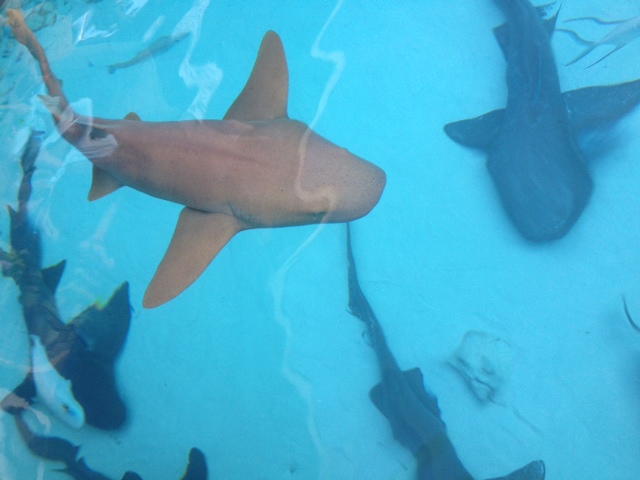 Would you take a swim here?? 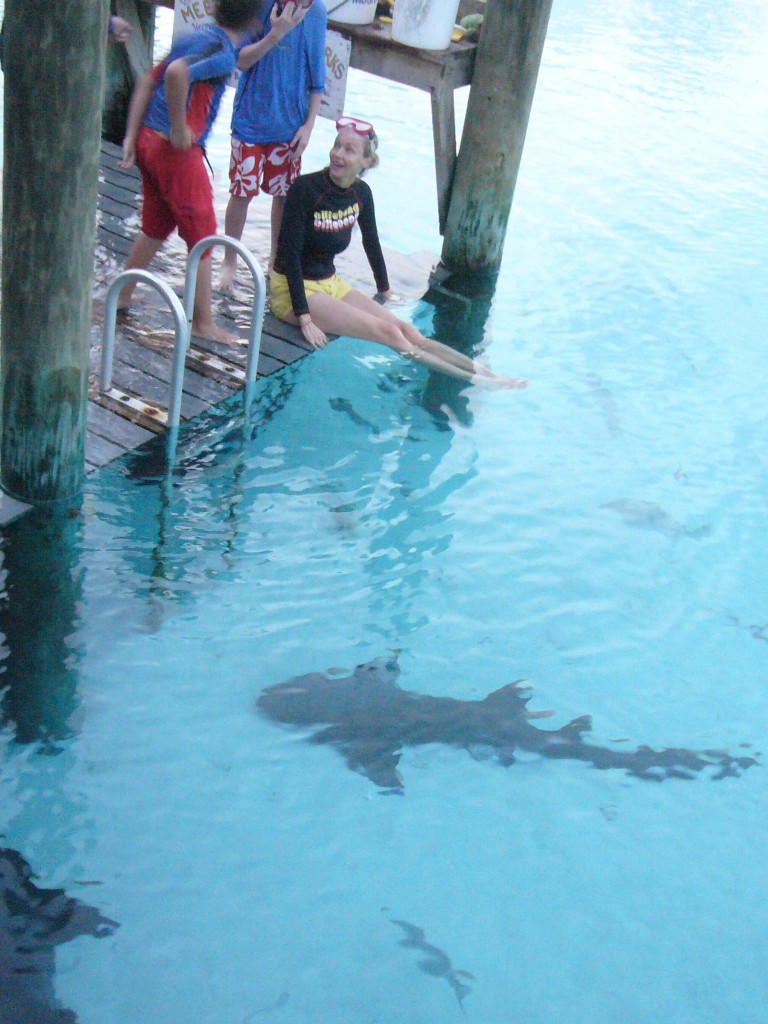 Luke and his friend had already gone for a swim and I was labeled a wimp.  We were told these were nurse sharks and they don’t really attack people, and they don’t have big giant teeth. The appeared pretty peaceful, yet I didn’t dig the one lurking right below me. Yikes!

Okay, so I’ll get back to the sharks at the bottom of blog post…..

We also went out to see something I would guess you’ve never seen…. yes SWIMMING PIGS!! 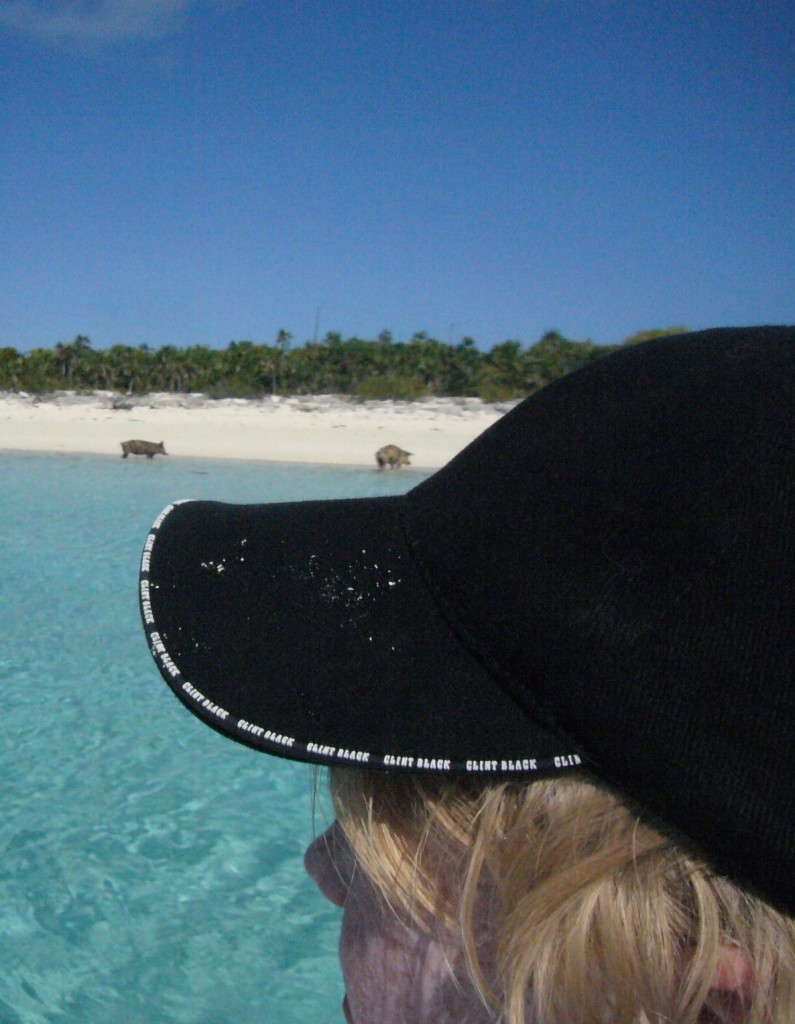 They live wild on an island in the Bahamas. 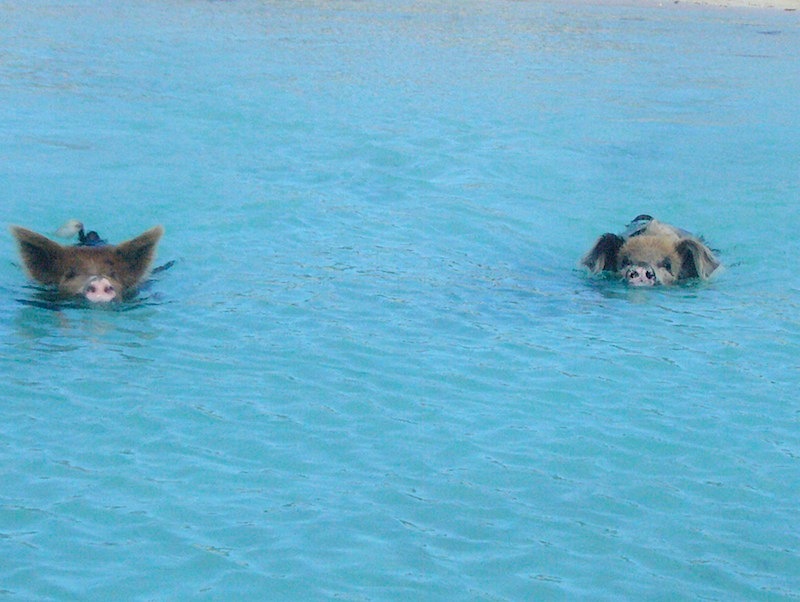 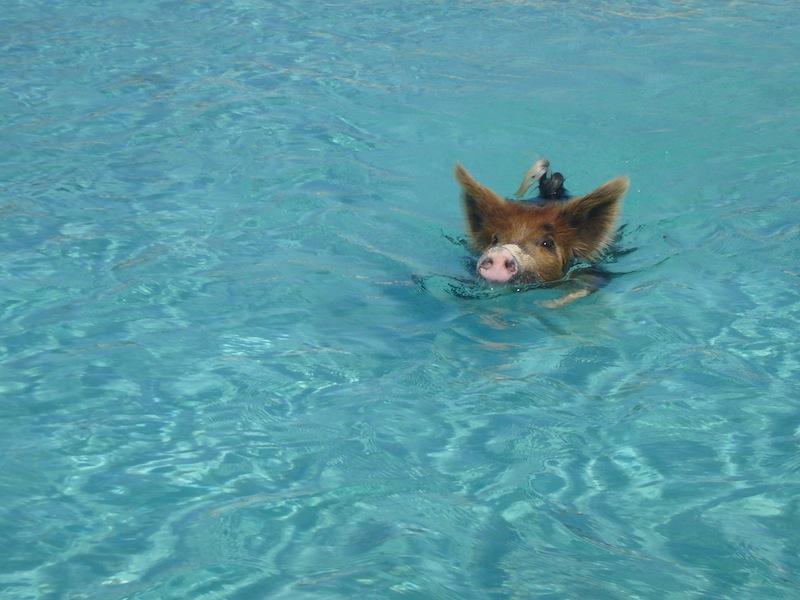 …hoping you’ve got some food with you.

How cute are they??? 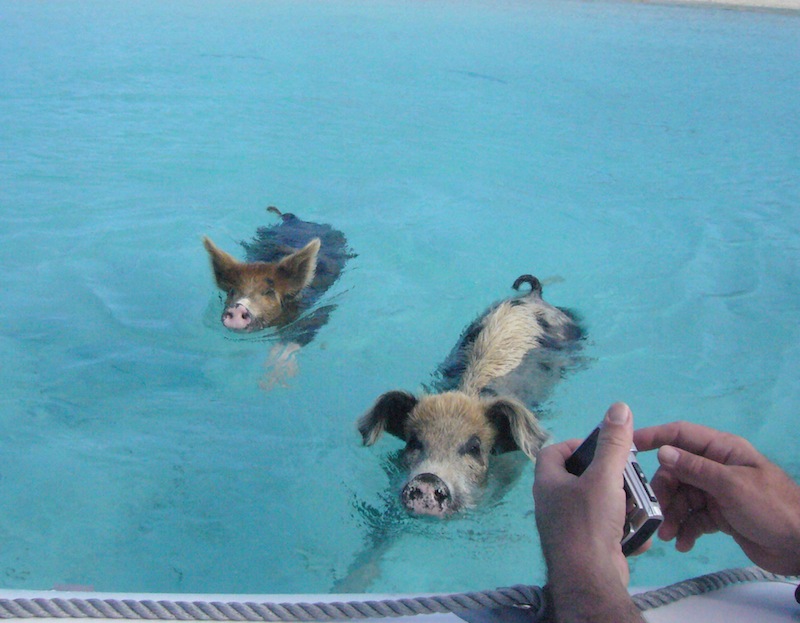 Cute, yet I would not want to swim with them…

Okay back to the shark swimming…. 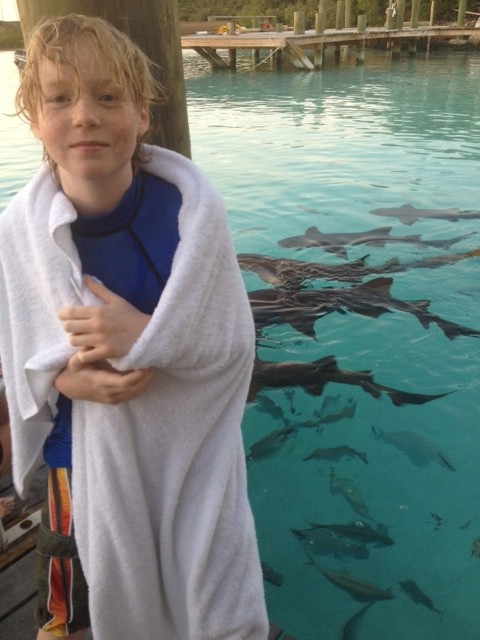 Luke had already snorkeled around the sharks.

Now it was my turn…

Because isn’t this inviting?

This is what they looked like when we threw in a piece of fish. 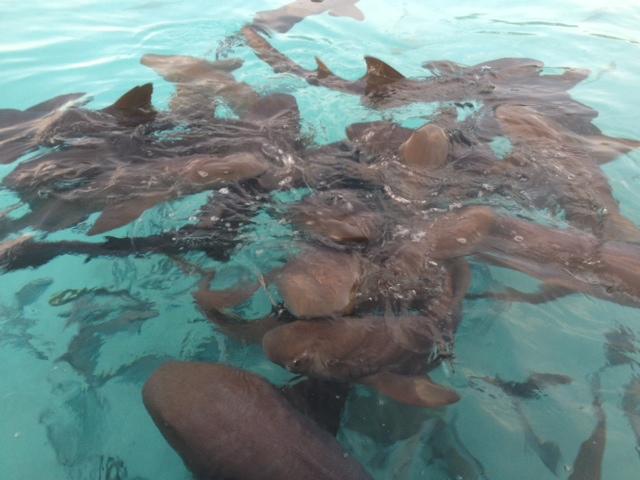 Okay and I hate to let myself down by not taking a challenge.

It was now or never…. 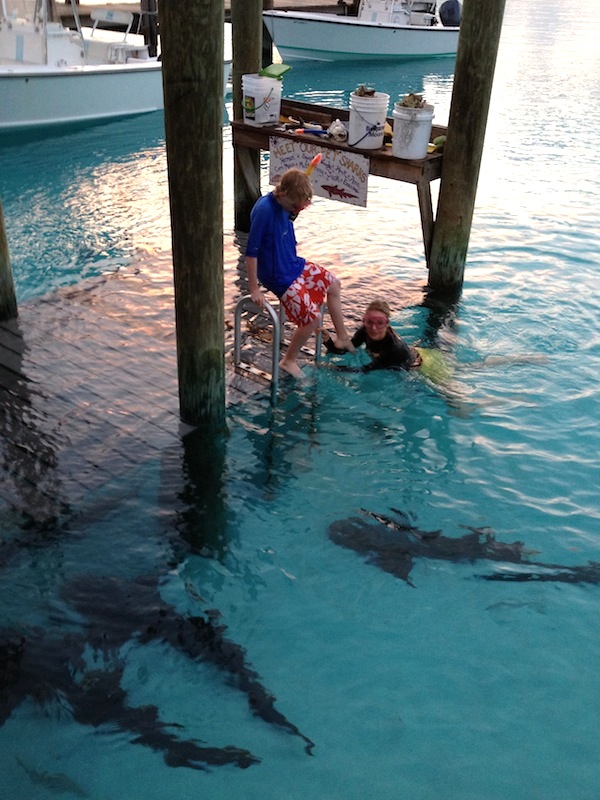 So since I was told I’m not part of their diet, I forced myself to take a swim. I did swim out 6 feet and QUICKLY back again!  Someone has it on video, which I have yet to get.

In fact the nurse sharks are peaceful creatures, they feel like slippery sandpaper when you touch them gently.

Would you do this?