While you hopefully are heading out for some fun stateside celebrations I’m doing some traveling around Europe. The last two weeks have been non stop work in a sweltering LA heatwave so arriving to a rainy London was refreshing.

It was Luke’s first trip to London so we were dressed in sneakers and jeans ready to explore as much of the city as possible. We arrived here a couple of days after Brexit with all the drama of England leaving EU in the news, but you would have never known of the political turmoil once you got here. 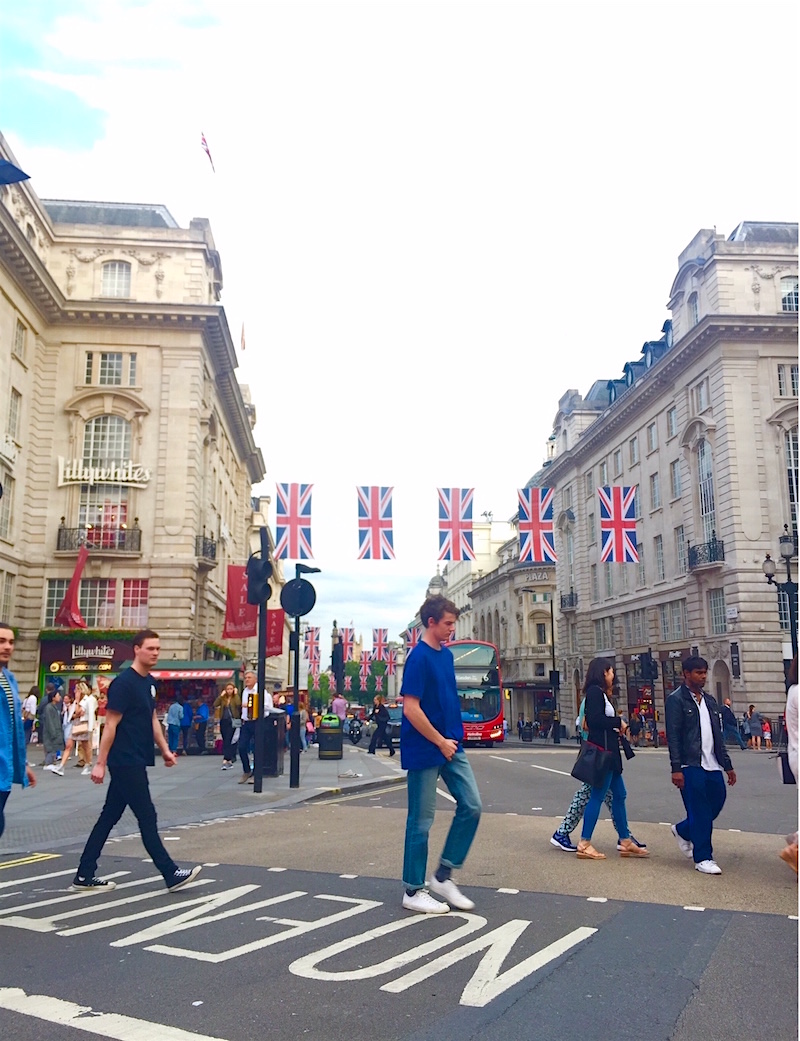 We stayed at the Soho house in Soho a couple of blocks from Piccadilly circus. A perfect area for a tourist -British flags and red double decker buses everywhere.

We started at the TOWER of LONDON.  I would put this first on your sightseeing list if you ever plan a visit. The tower dates back to medieval times and is a fortress mini city in the midst of the modern world. 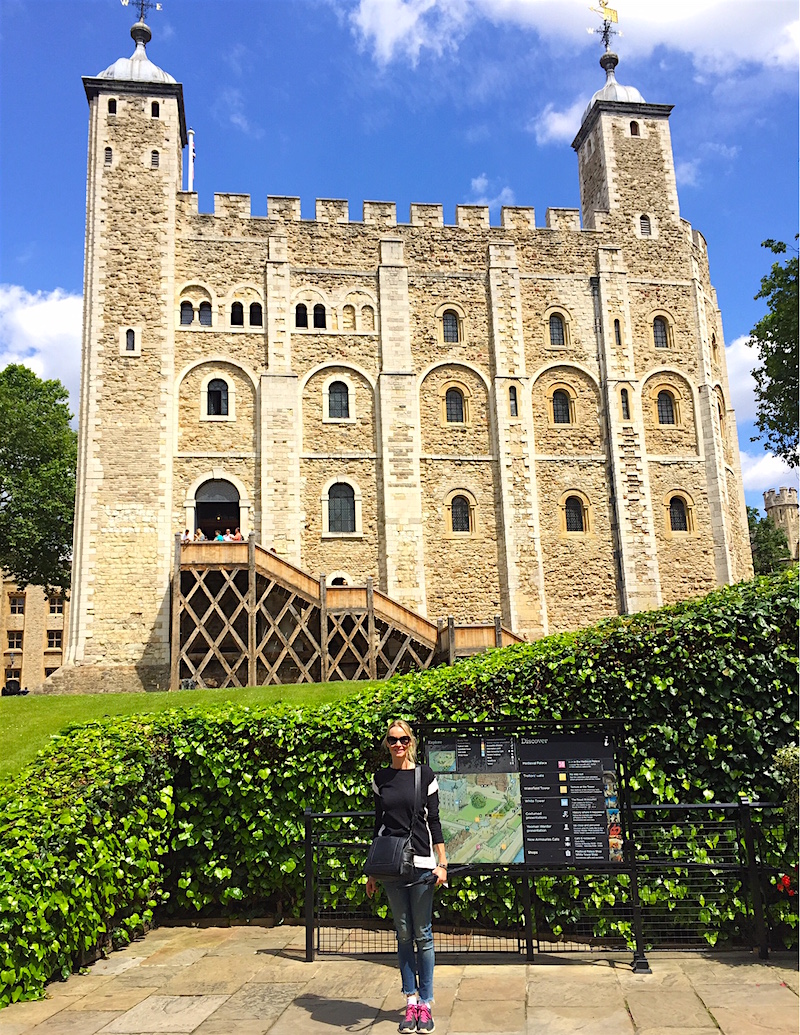 It’s surrounded by a mote and is right next to the river Thames.

Here is this remnant from a different life with the tallest building in Europe in the background. 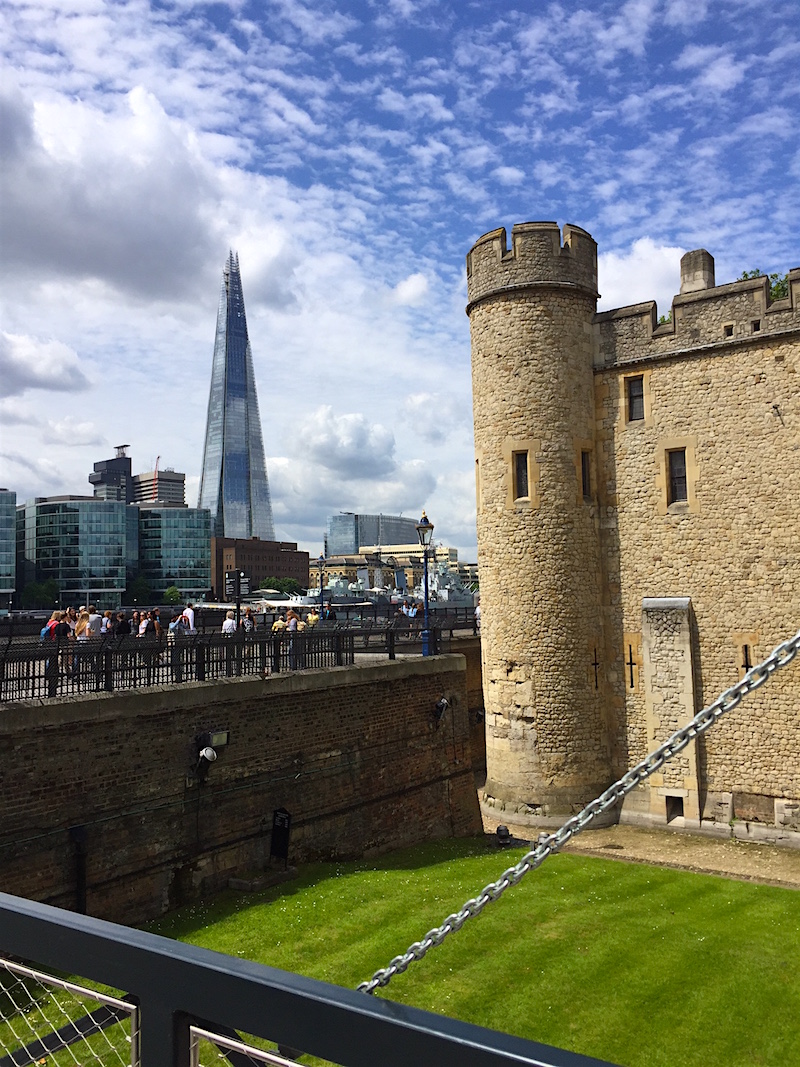 You can spend a few hours here looking around all the old castles and museums. 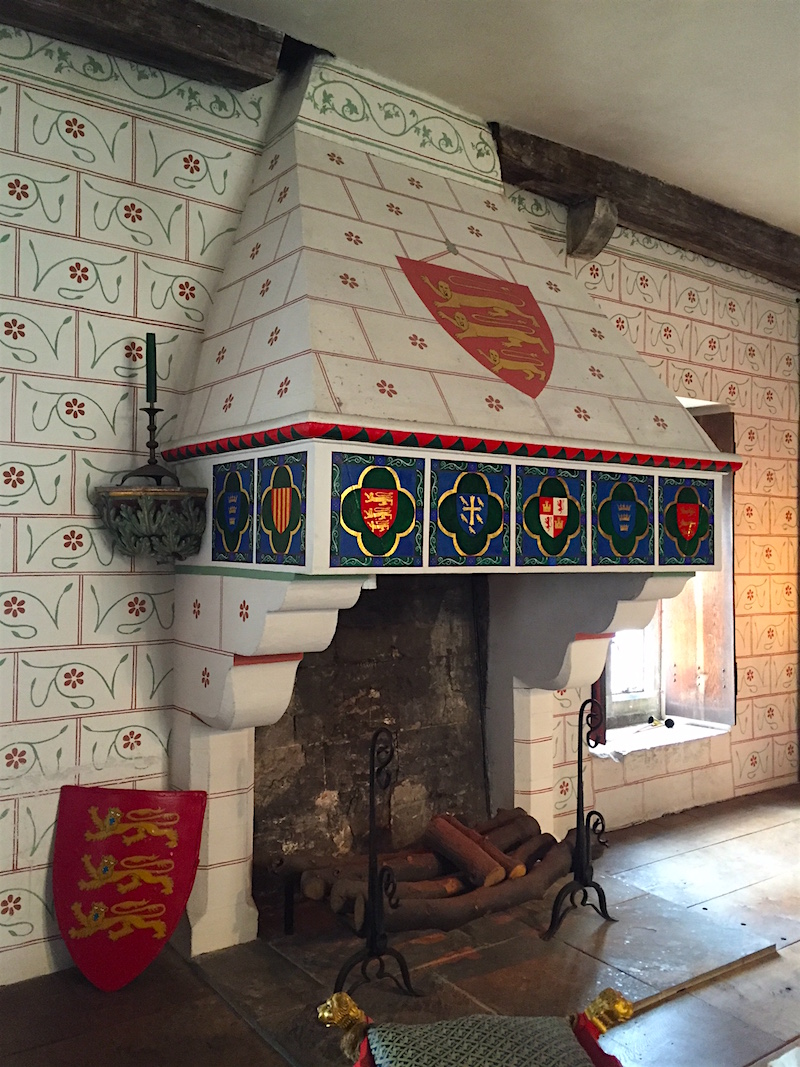 This is the medieval fortress – love the fireplace! 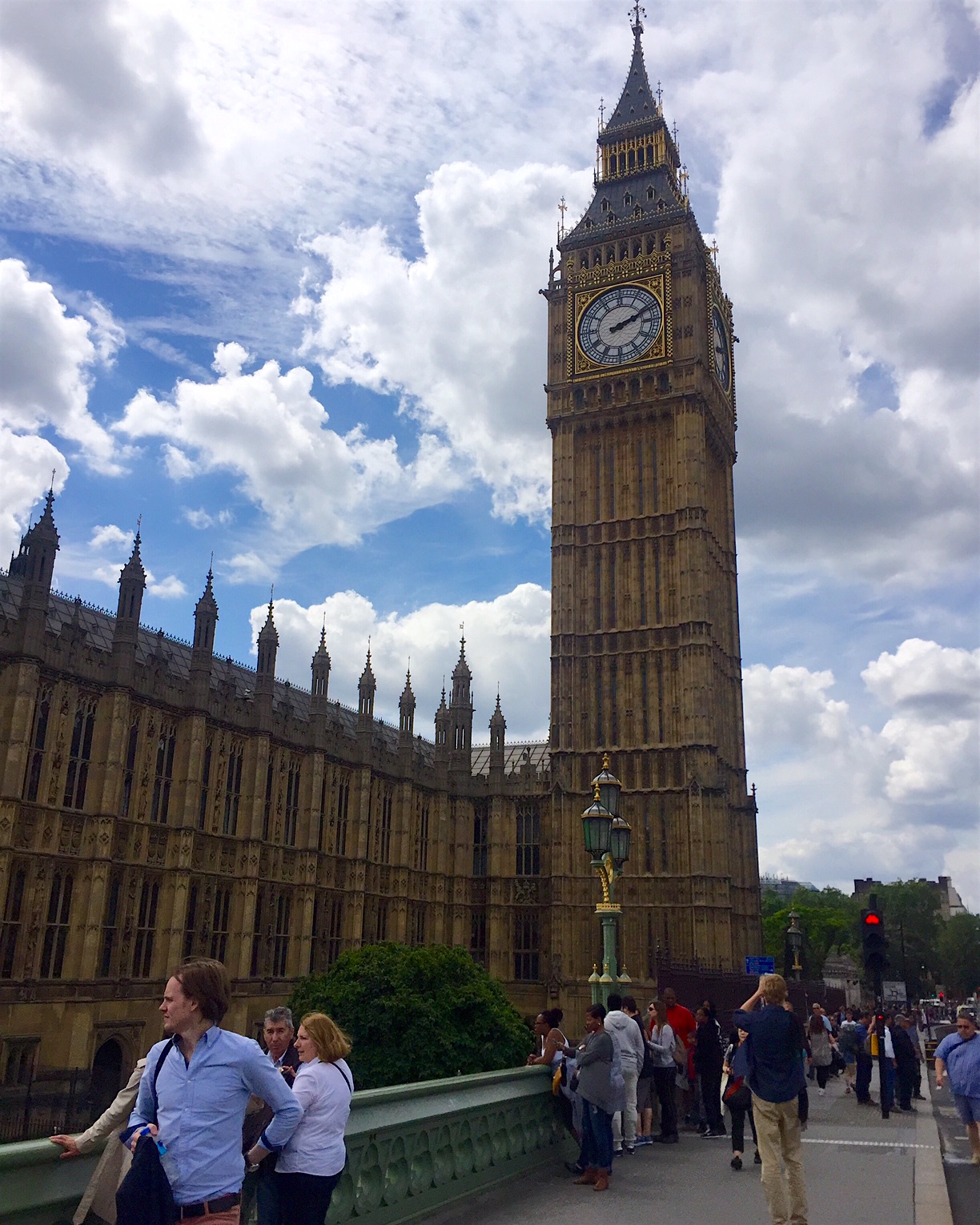 Luke had wanted the trip for his memory bank alone and tried to avoid taking pictures non stop but here Big Ben won out. What an architectural master piece! 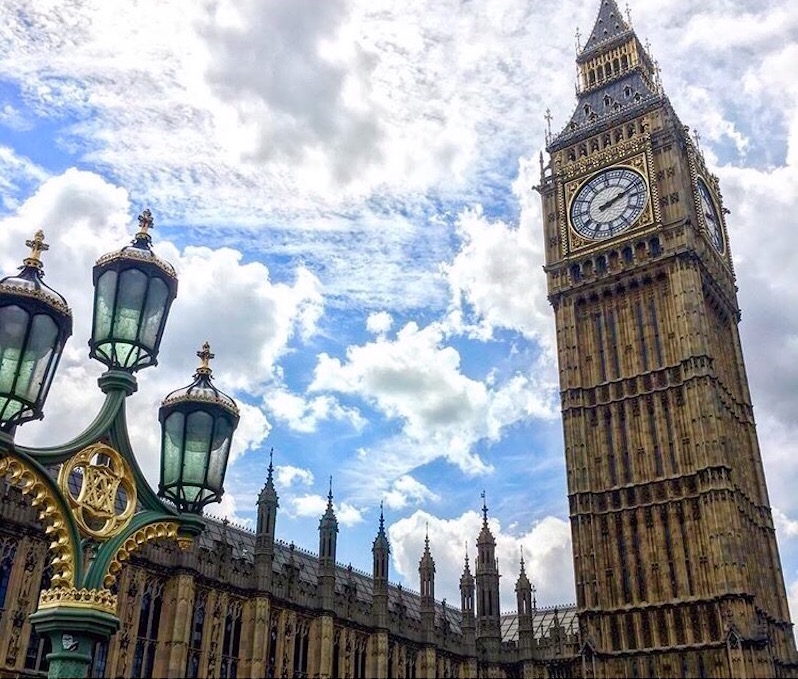 You feel giddy the second you see the clock tower.

Across the street from Big Ben is WESTMINSTER ABBEY the most gorgeous cathedral , famous for all the royals getting married there. 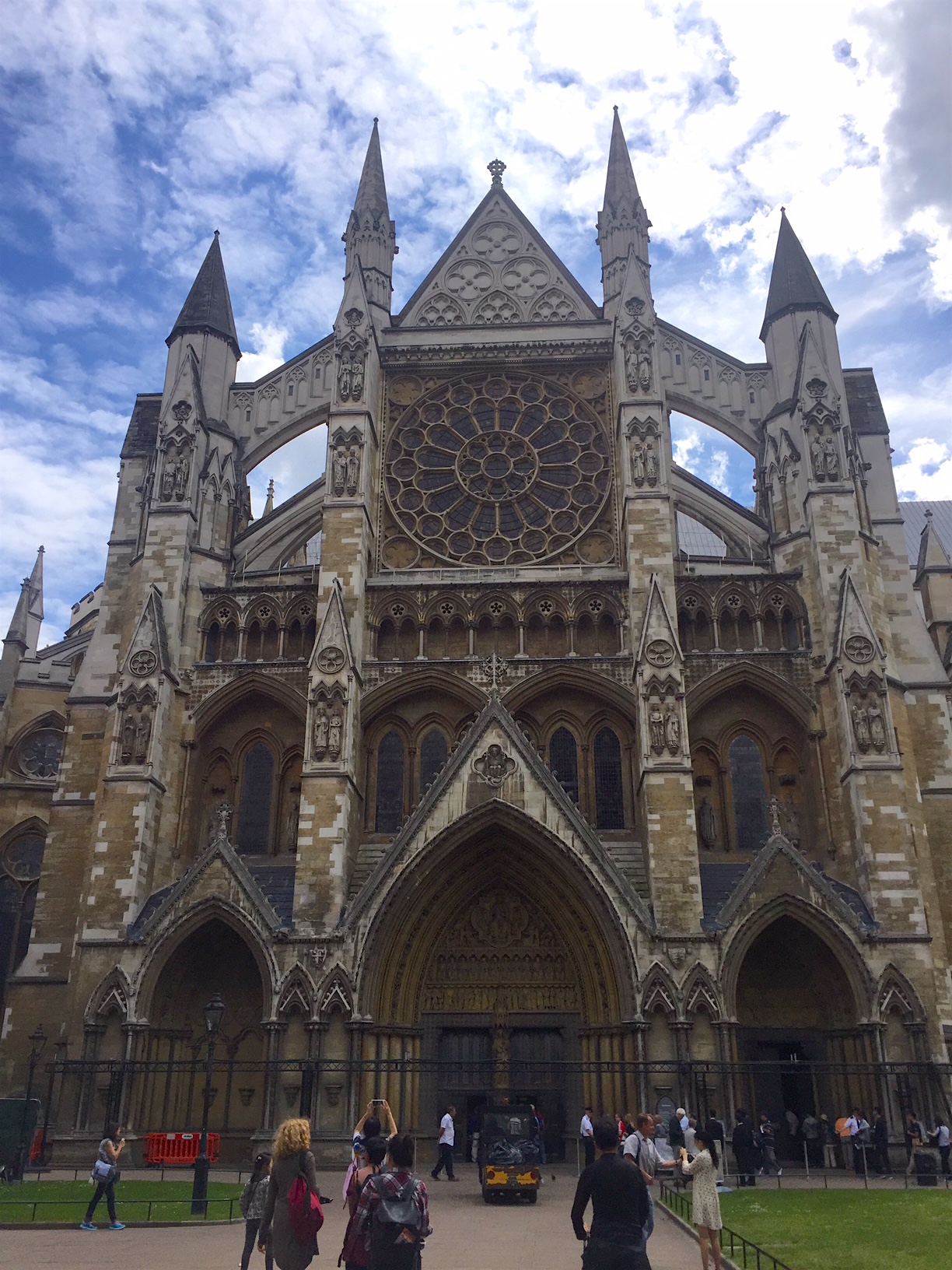 It’s amazing what beauty humans built hundreds of years ago compared to the modern lines of architecture today.

And no visit would be complete unless you go to Buckingham palace which was not open. 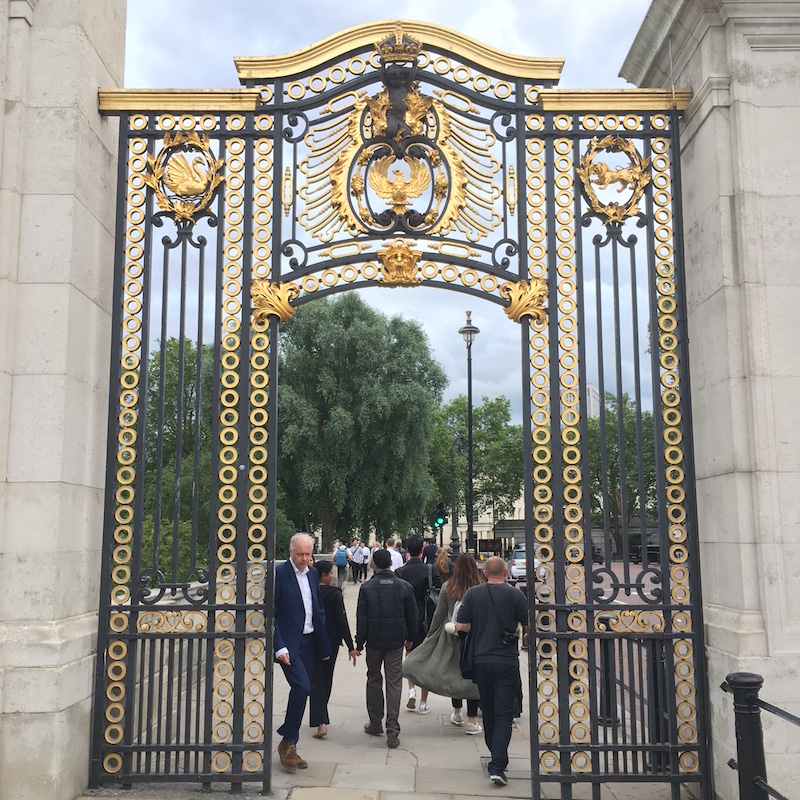 But we were happy enough to see the pretty gates! 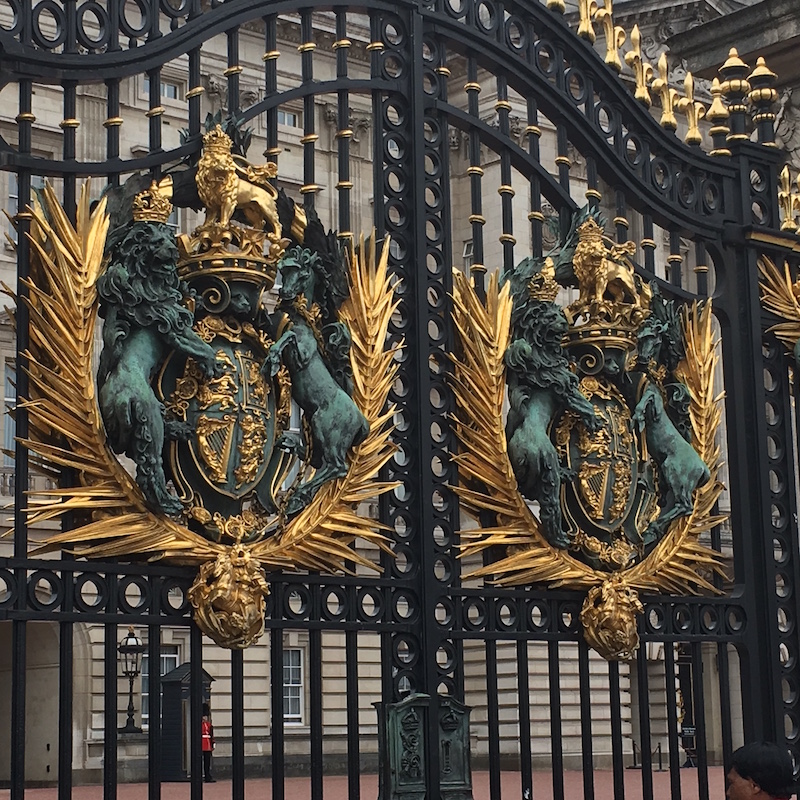 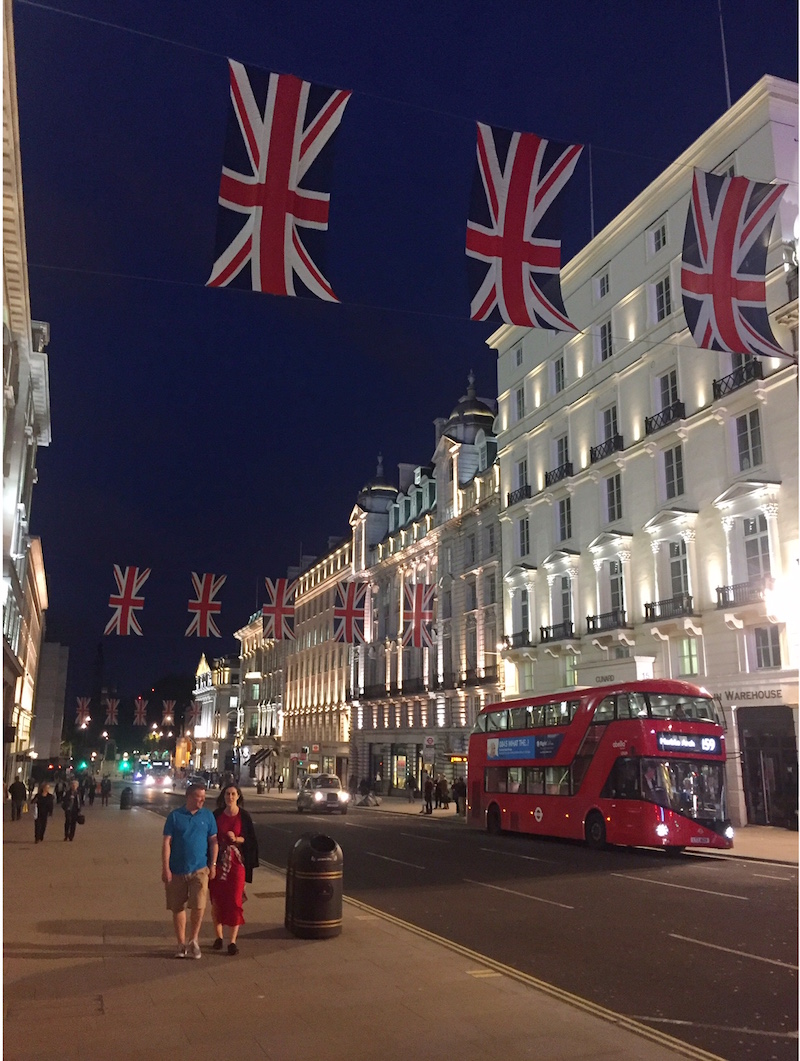 At night we wandered down to Trafalgar square underneath the rows of British flags. What a great city!

Hope you are having a great holiday!

Next stop Sweden…time to renovate!

PS. Join me on [email protected]