If you follow this blog you know 2011 was a very tough year, so after a difficult holiday season I’m happy to say it ended with a slam dunk! We were invited to view the Times Square New Year’s Eve event from the production offices.  I’ve always wondered why over a million New Yorkers squeeze in to Times Square on New Year’s Eve and freeze. Well I wonder no more. It was the most magical New Years eve in memory…It didn’t make matters worse that a couple of minutes after we arrived Luke was approached and asked if he would like to be interviewed by Jenny Mc Carthy on live TV. So we spent the evening right below Ryan Seacrest (in case you watched Dick Clark’s New Year’s eve on abc) and got to partake in what Luke calls an “epic” night.

It was weirdly warm…but the most Christmas feeling I got the entire holiday. 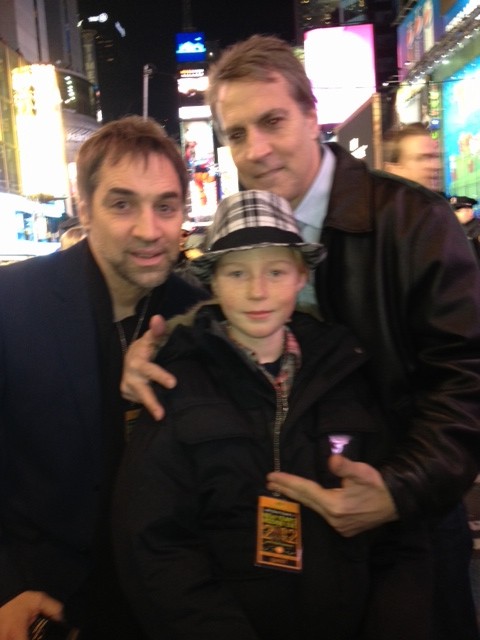 After navigating the crowd we finally arrived to Time Square. Luke had his two bodyguards..Dan and his brother Chris escort him down to “set”. 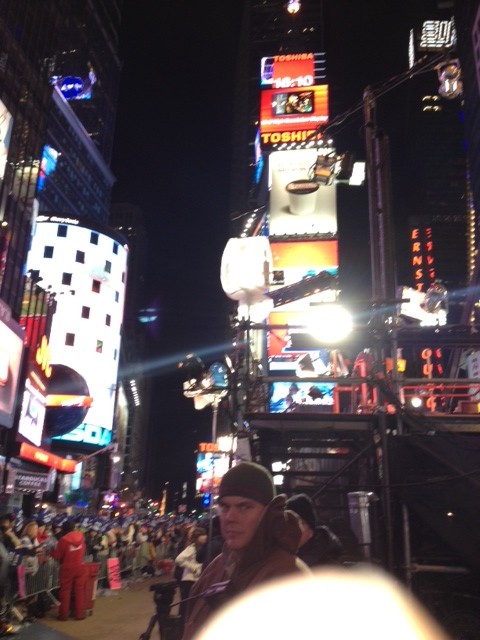 It was a great spot, out of the crowd, yet smack in the middle of it all. We stood here most of the night. The show took place on stage to the right. Ryan Seacrest, Silo Green ,Lady Gaga really…can it get better? (Don’t know who the mysterious man is in pic…) 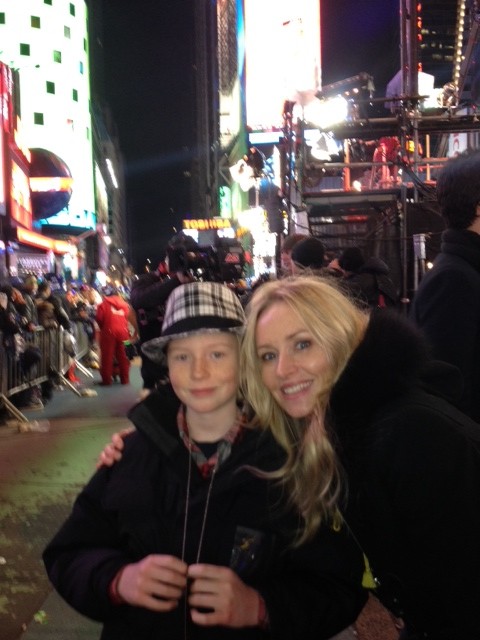 No better place for New Year’s eve than right here.  Luke was very excited to be asked to be interviewed. He of course didn’t know who Jenny Mc Carthy was. 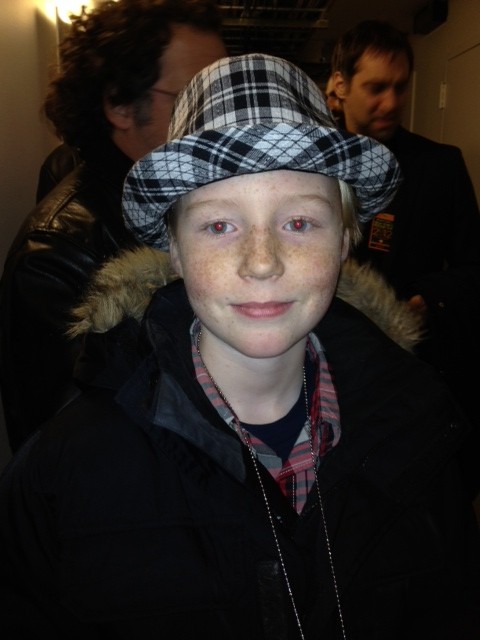 It could have been his lucky hat…. 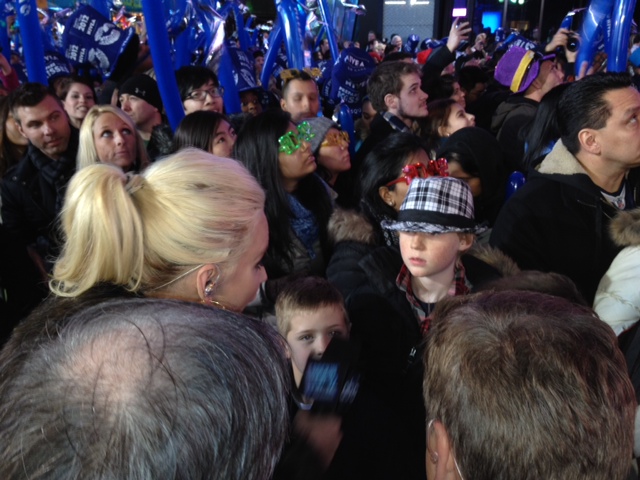 Here is the little man in  a practice run. The interview was supposed to happen at 10 but got moved to 11.45pm. The dude in the hat!! 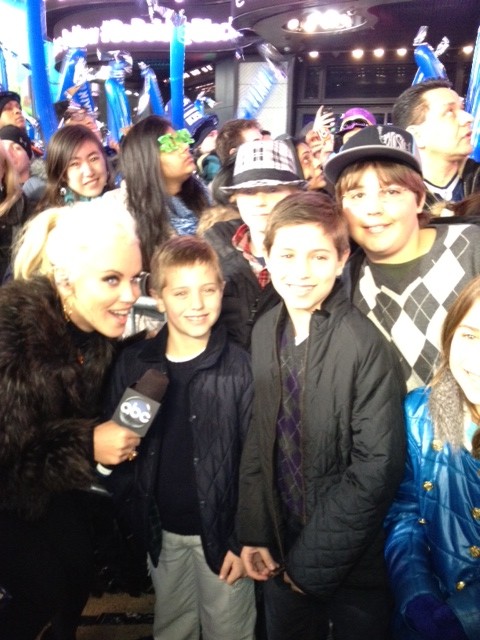 Here he is with Jenny Mc Carthy. They needed three little boys, but it turned in to five. 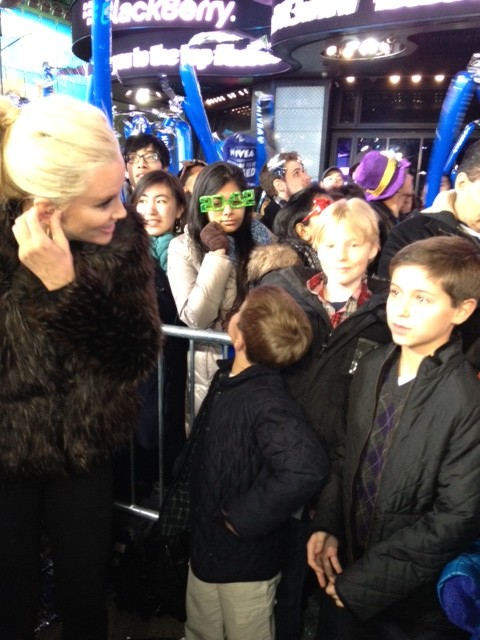 The producer ended up asking him to remove his hat. 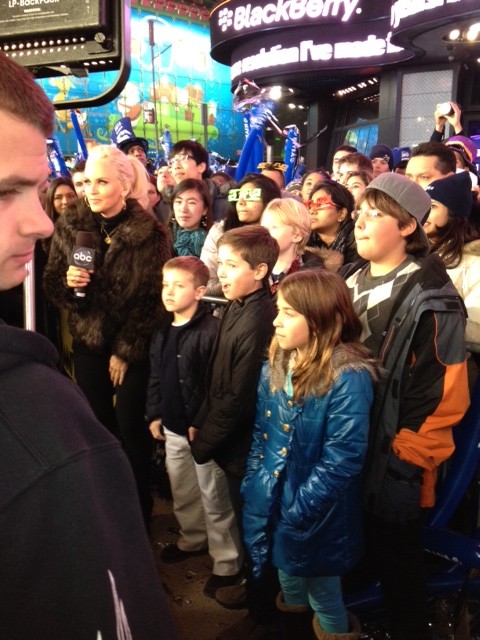 Right after Lady Gaga sang they asked the kids a few questions.

In case you were watching it was on right before midnight and Silo Green. We stayed to watch the lowering of the ball. (Only have video at his point and don’t know how to add.) 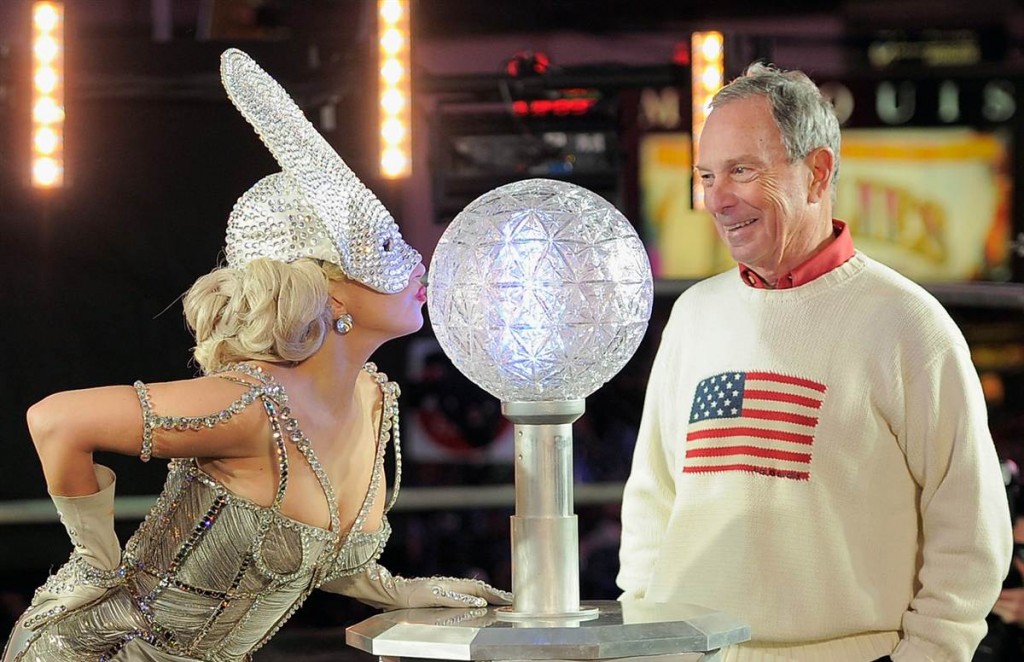 After Lady Gaga and the mayor launched the ball, our favorite part of the evening came….

DO YOU KNOW WHAT IT SOUNDS LIKE WHEN A MILLION PEOPLE COUNT DOWN?

DO YOU KNOW THE FEELING WHEN FIREWORKS GO OFF AND MILLIONS OF CONFETTI RAIN OVER YOUR HEAD AS FAR AS YOU CAN SEE? 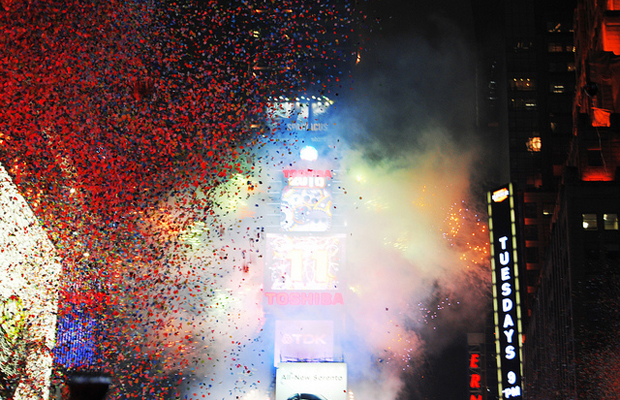 While the confetti is falling “OLD LANG SYNE”, “NEW YORK, NEW YORK” echoes through the city blocks, followed by “IMAGINE”. It was unbelievable. What a show, what an amazing night. 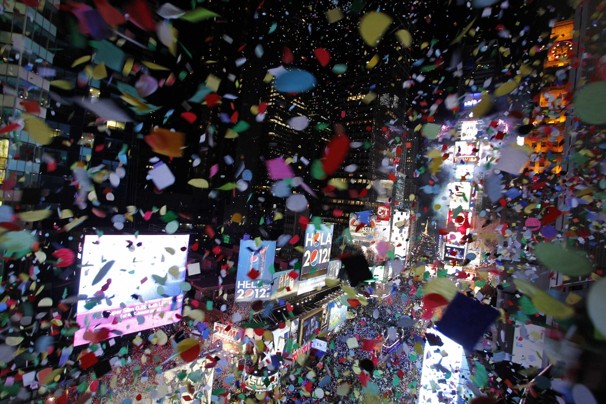 We were speechless taking it all in. Luke was grinning ear to ear. 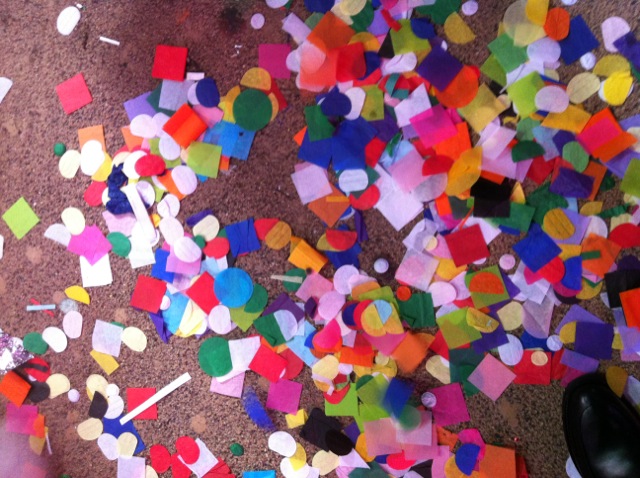 Did you know you can call in or e-mail in a wish to be written in to the millions of confetti?

It’s people’s wishes for 2012  pouring over your head!!! Not all of them have wishes, but a lot do. Luke caught the first one that said ” To become closer to God”, that he felt was a message to him.

Then we caught this… 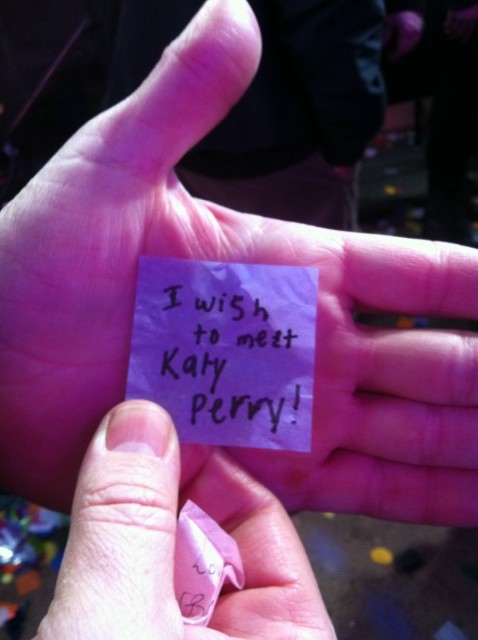 Well I hope you get to meet Katy Perry whomever you are!!!

Fireworks, Lady Gaga, Silo Green, Luke on TV, and confetti falling over us  like rain, what more can you ask to ring in a new year, and out with a difficult one?