A few days ago we started painting, not all of the house, but enough so we at least can move in.

One of the things I’m kind of obsessing over in design lately is black moldings and windows. This house has low ceilings and sunny California outside so I have to be careful not to be too heavy handed.  Since I have the luxury of living there first and seeing what the light does to the walls, I can wait to decide just how heavy I can go with the use of black moldings.

We’re going to move in to the guest room for the first couple of weeks until the floor goes down. The plan for that room is to be a Beverly Hills hotel inspired suite with my own twist, so it was painted coral. 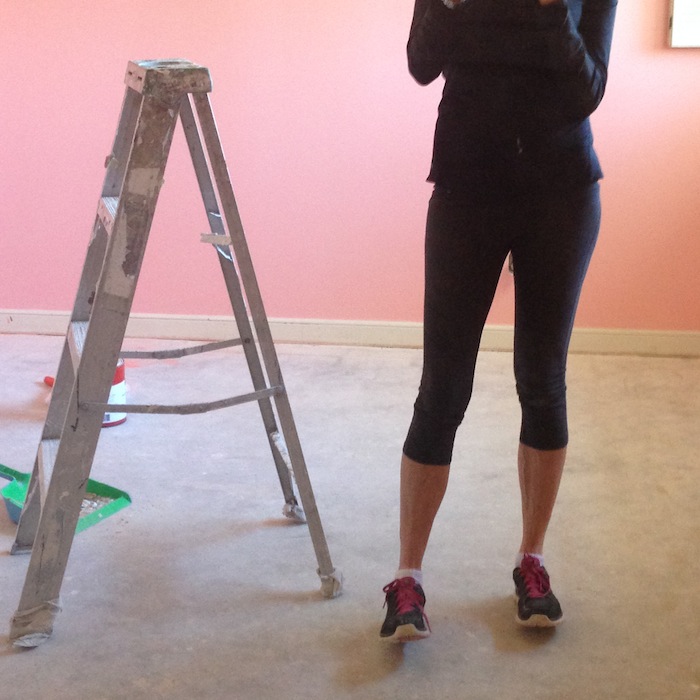 However the way the light hits the room at certain hours of the day it gives it a different peach than anticipated.

I’m waiting to see if the black crown and base mold that’s going in, and the white accents will tone it down. The inside of the closet will be mint green.

This was an inspiration picture. 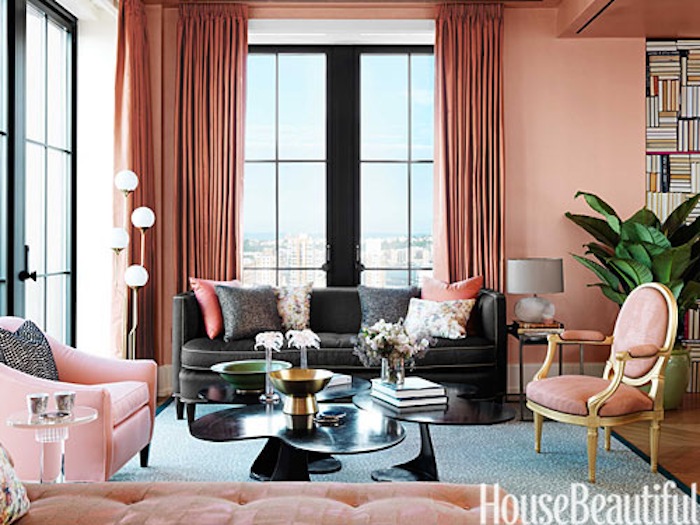 LOVE how peach looks with black and grey.

In the master bath I painted the drywall beams semi gloss ONYX, by Benjamin Moore to make them look like real beams. 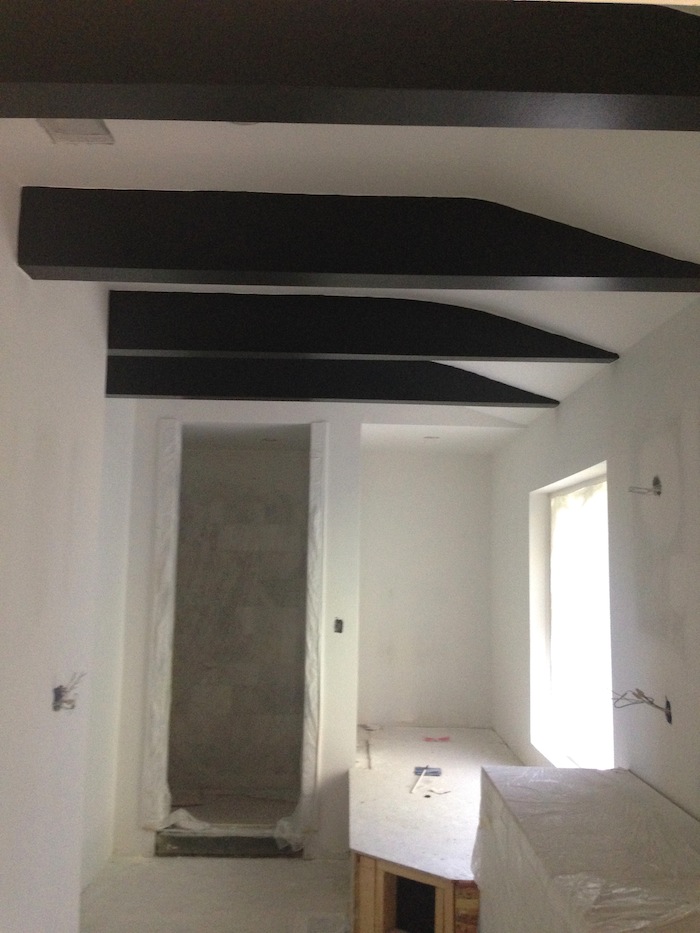 I was a little worried it would be too heavy, but I ended of loving it.

So I’m going to do the same in the closets that also have drywall beams. 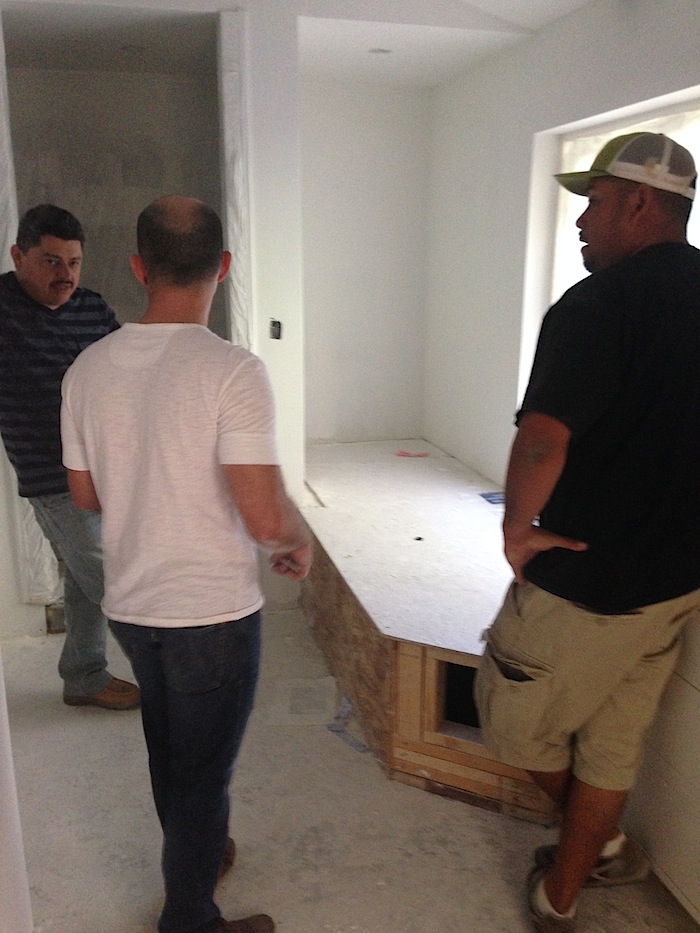 Javier met with Jose in master to see how the quarzite stone slab will be cut. I’m waiting for those to go in before I finalize wallpaper. 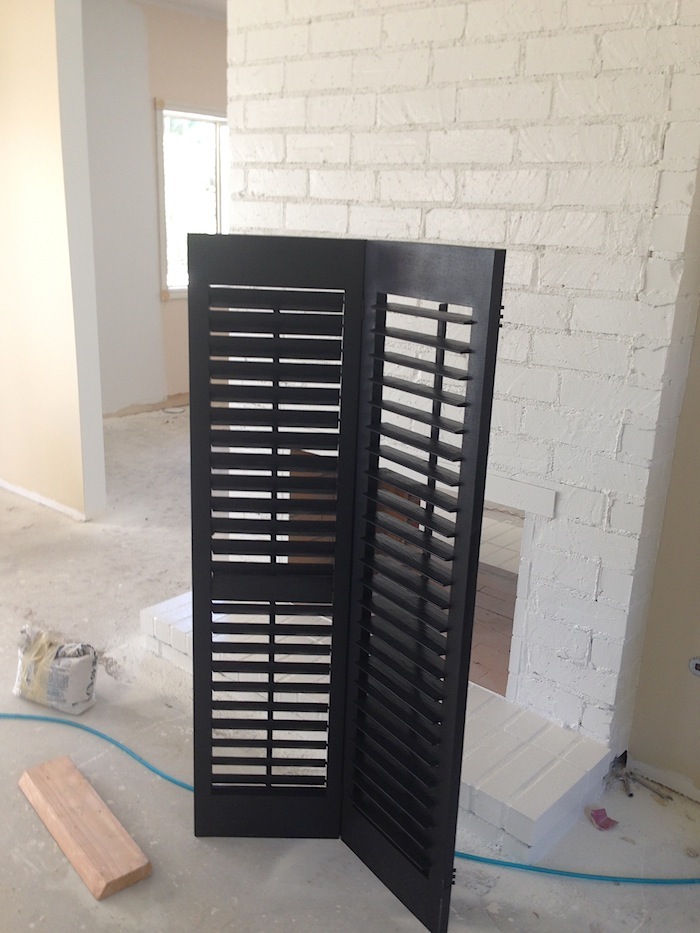 I dared to paint the shutters black. 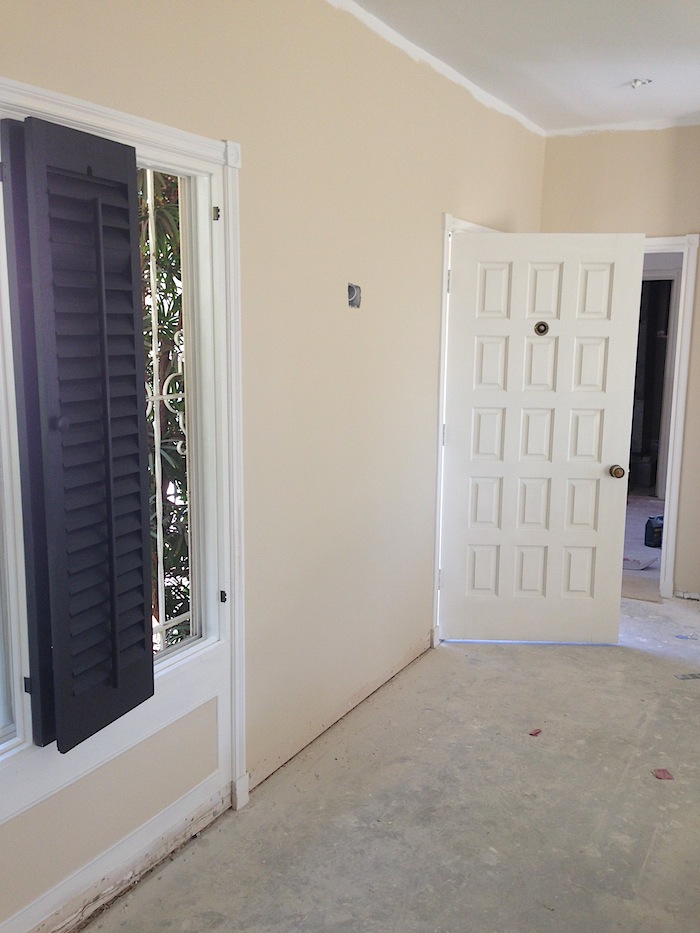 Base and crown mold and floor is not in yet, but I still decided to paint the rest of the shutters in the hallway black as well.

Luke picked his own very simple, but chic color scheme, or perhaps I should say a non color scheme. 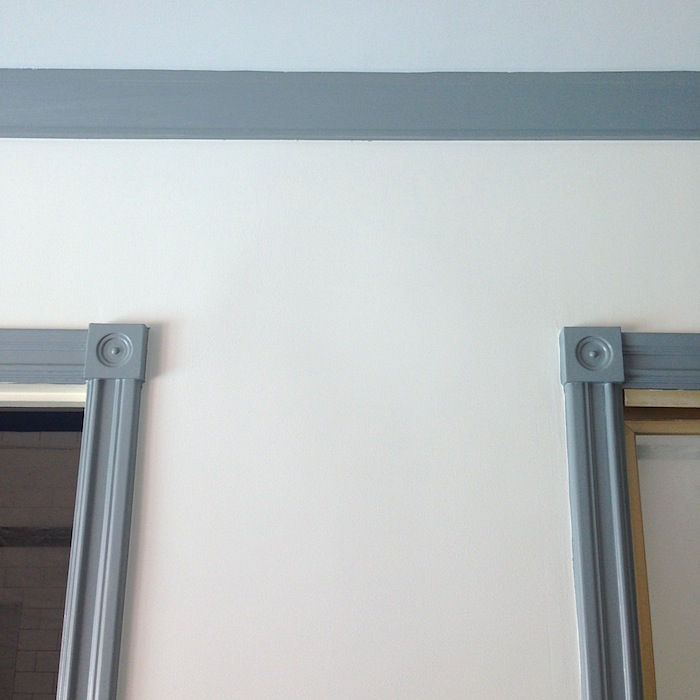 His bedroom has White dove by Benjamin Moore on the walls with Gibraltar Cliff on all the moldings. 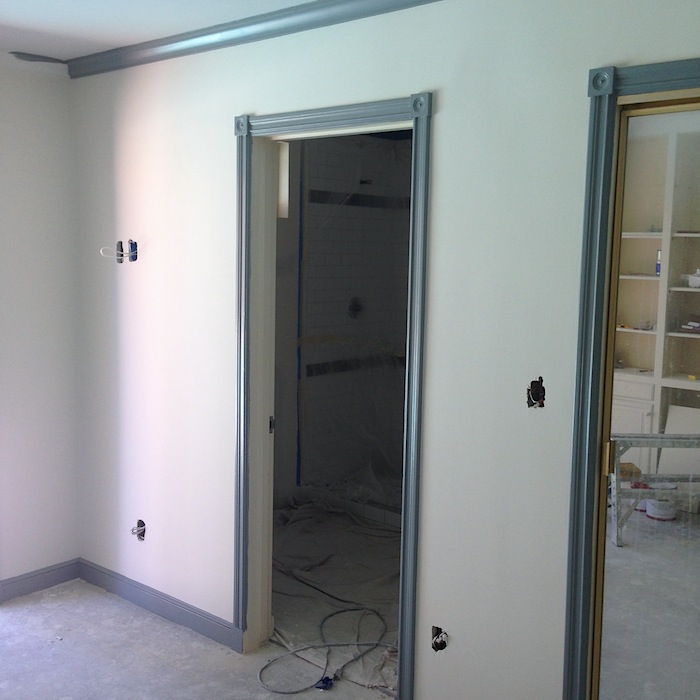 It’s super simple but with the gray terrace and turquoise swimming pool he right outside his window he might have made a great choice!

See you later in the week!