Susanne and Torbjorn Ihre are my inspiration! They’ve followed their careers, working and living all over the world for 25 years. When it recently came time to retire, they asked themselves…. What do we do now? Where do we belong? Do we stay in Brussels where we’ve worked for so long, or do we move back home to Sweden? Neither of the above felt right. But in true Ihre fashion another adventure was beckoning…

They were invited to spend the weekend with friends in the Loire Valley in France. As soon as they arrived they were charmed by the quaint village life, where strangers took their time to speak to each other when meeting on the street. The blue sky, the generosity of the villagers, the amazing farmers market, where at the end of the day all the vendors would bring out wine and share their delicacies with everyone…was heaven. Back at home they couldn’t stop thinking about this magical part of the world. So Susanne decided to check out a local realtor’s website. She clicked on the first link—

And this house came up:

Susanne was in LOVE!

It was a house built in the typical Loire Valley style from 1885. She just HAD to call the realtor to ask some questions. When learning what their budget was, he told her she’d have to understand a house like this would cost much more..it’s a historical place, and right down the street from the farmer’s market. Still Susanne asked her friends to go see it in person and they called screaming “IT’S AMAZING!! But cooler heads prevailed when Thorbjorn said two things: “TOO BIG and TOO EXPENSIVE! A sad Susanne and Thorbjorn went back to Sweden. But two weeks later the phone rang…

REALTOR: The client has accepted your offer!!!

SUSANNE: Wh-what offer? We only spoke about our budget.

Susanne was in shock, but they immediately booked tickets to France. Their four kids, in a sudden role reversal, were telling them “Don’t do anything rash now” ” Remember it’s not too late to back out!” 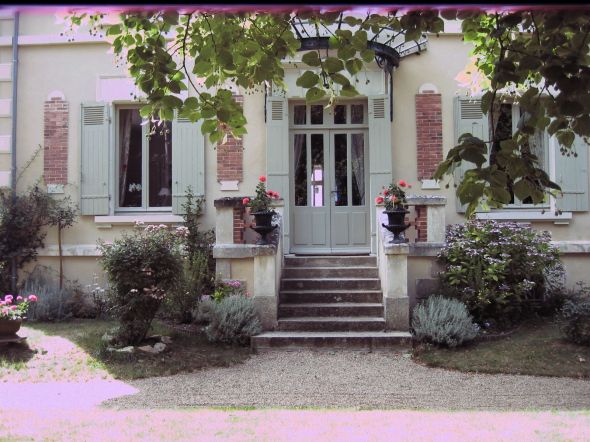 It was LOVE AT FIRST SIGHT!

The house was magical and was surrounded by a beautiful garden. Across the street was an old chapel, and it was stone throws walk to the farmer’s market. The walked through the house as if in a trance, signed the papers on the spot, and moved down to The Loire Valley.

In their utter excitement over the house, they had forgotten one thing…To ask any questions about it!! So since moving in they’ve learned a few things. The previous owners had been happy amateurs in the contracting department, and had handled all repairs on the house for years and years on their own. Needless to say 2 1/2 years of renovations later, new windows, new electrical system etc. etc….. 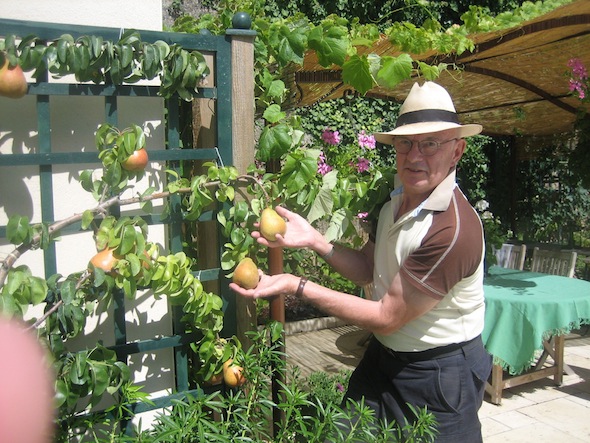 …they realized they had spent as much on the renovations as they did buying the house.

Would they have done it if they knew they would have to do that? NOOOO!!!!

But they LOVE their house so much, and LOVE “their” village. People stop them in the street and thank them for fixing up that beautiful historical house and making it nice. They have even been elected to be advisers on the mayor’s board!!! I’m sure by the time I get to visit (which I hope is soon!) they might even be the new mayors in town!! I’m not kidding-that wouldn’t even surprise me. 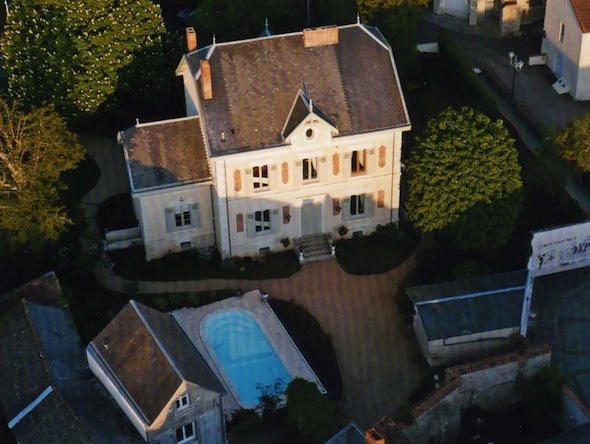 They’ve named the house “OASIS IHRE”. Susanne said the lesson they learned was:

“Sometimes it’s good not to be so strategic and wise — instead JUST FOLLOW YOUR HEART!!

3 thoughts on “It's never too late to follow you heart”