We’re spending the weekend in Newport, RI.  The air is cool and the fog rolls in every night.  Being here brings me back in time, envisioning the life of the colonialists in this beautiful port, and later the gilded era when one mansion outdid the next…

The reminder of hundreds of years of life lived by the sea is everywhere…. 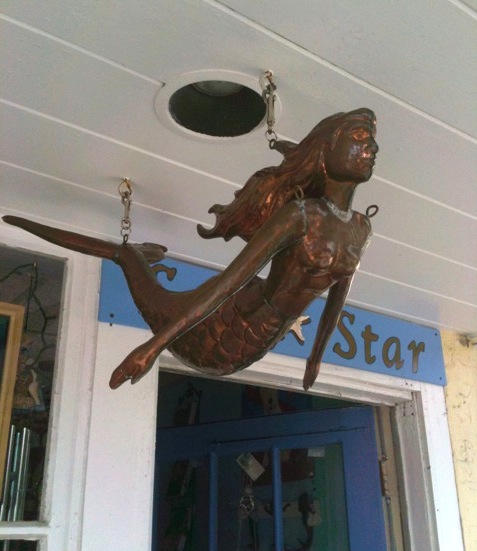 We took a walk along the “Cliff walk” high up on a cliff overlooking the ocean. On one side you pass empty mansions from a bygone era before income tax and the Depression, on the other a beautiful ocean view…. 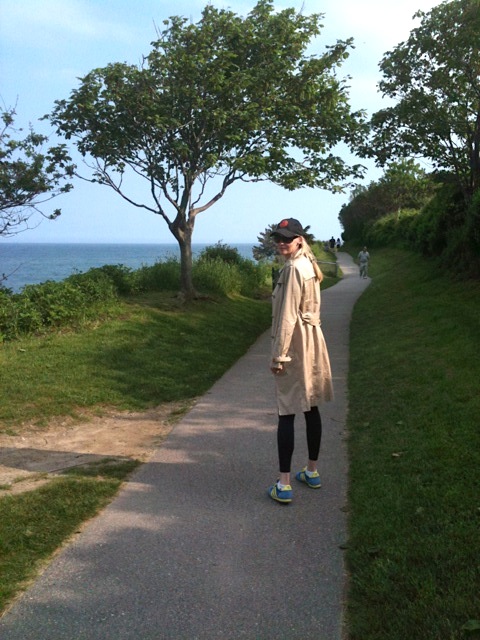 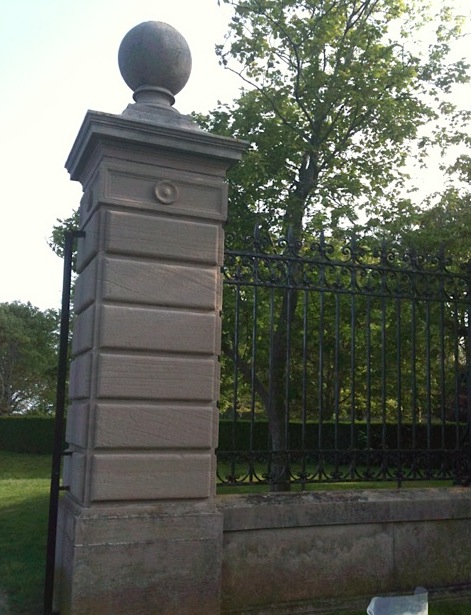 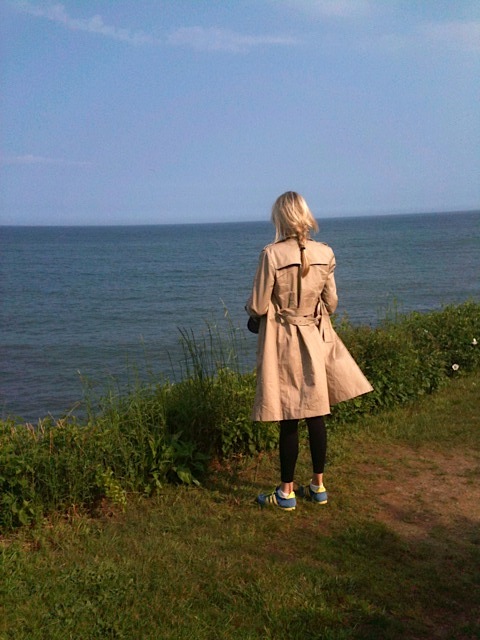 The walk had a slight Hitchcock feel to it…. 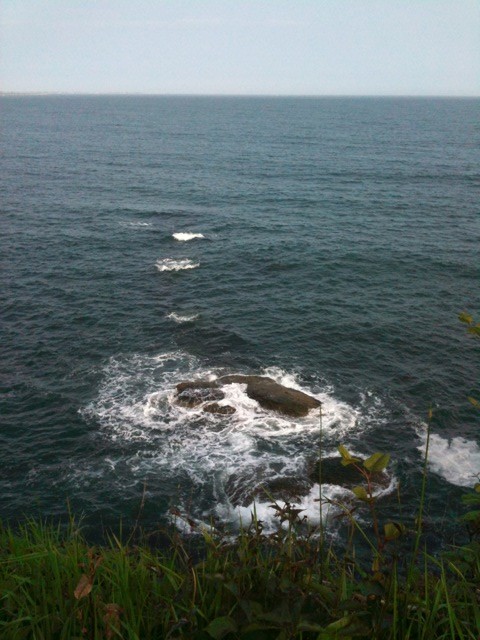 …particularly if you looked down!! 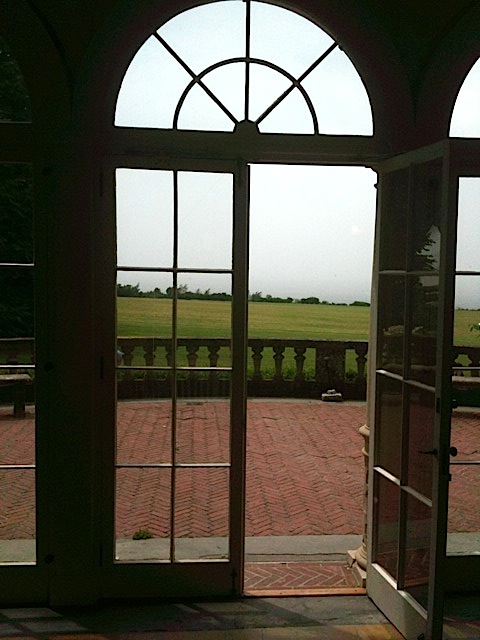 …only as a reminder of a lifestyle gone….A rich coal mining family once lived here, until the father suddenly died and the depression hit.

Even though most mansions are now museums they have an eerie lonely feeling. 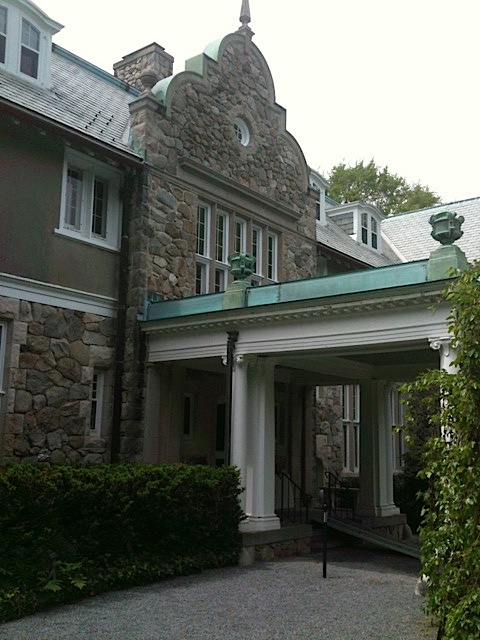 One mansion is bigger than the next…. 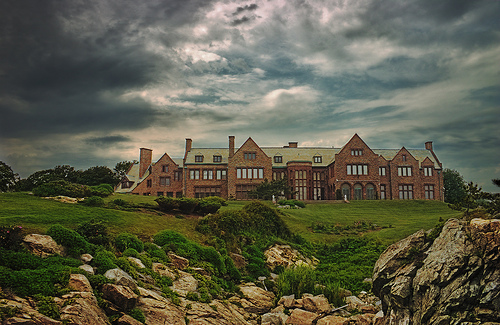 This is Doris Duke’s former home, where she supposedly killed her ex-lover crushing him against the gate, while driving drunk in her own driveway…but was never charged for murder.  Money buys happiness…yeah right. 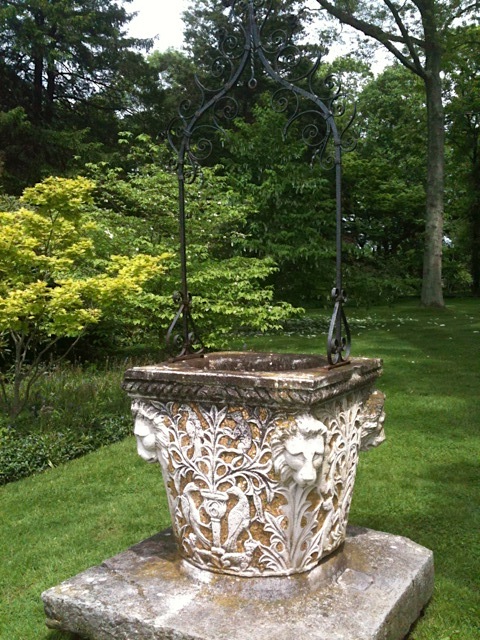 Beautiful old wishing well in someone’s garden. Hopefully they got what they wished for.

We dined in old places… 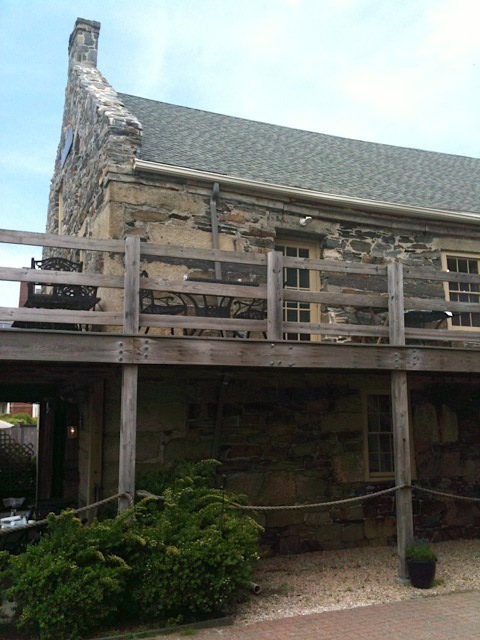 …that had served up food for wayward travelers for hundreds of years. 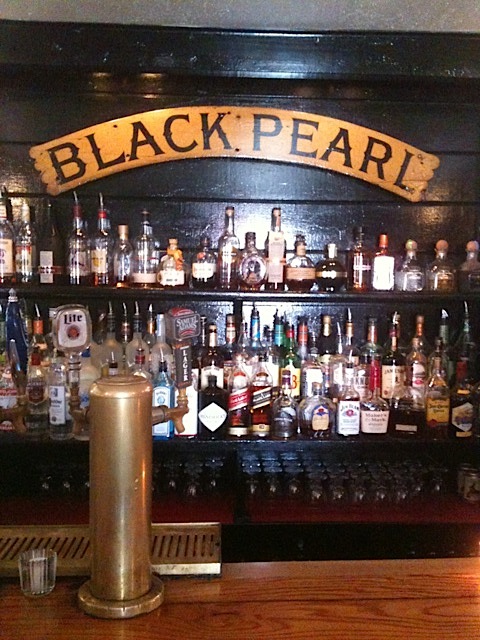 Or in places by the bay that have fed hungry sailors and visitors for a long, long time.

Down at the docks they were hard at work salvaging and rebuilding a large famous sailboat from the past –The Coronet. 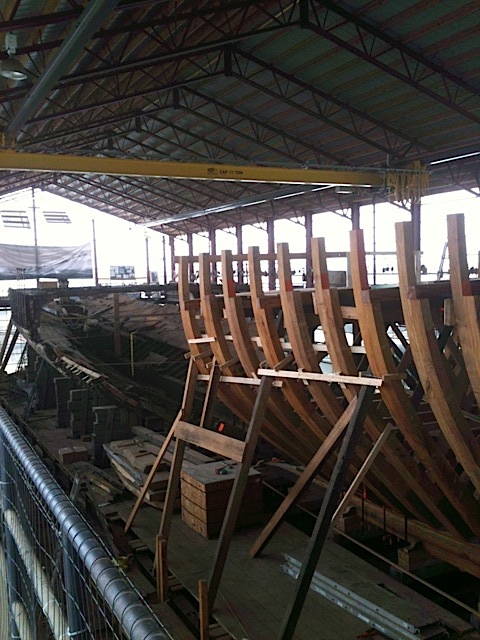 I love going back in time…

This is where I’m sitting now writing this…

…The Francis Malbone House in from the 1700’s. Staring down at me is an old portrait. It’s very easy to imagine people scurrying about in long dresses on the merchant street outside, and the sound of hoofs hitting the road.

Hmm, don’t know just something mystical about it… 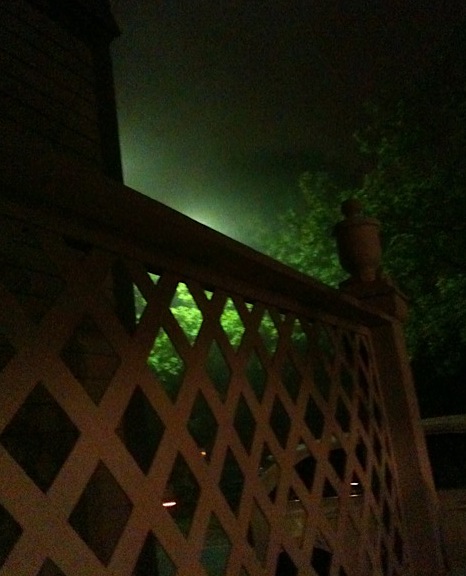 Maybe it was the fog that rolled in from the ocean at last nights dinner….

Hope you’re enjoying your Memorial Day weekend wherever you are!

8 thoughts on “Going back in time…”