Anna and Garrett needed a bigger house with more space for themselves and their three boys.  So they found a great, big house downtown DC with plenty of space, and renovated it extremely well with no professional design help.  (You might remember I wrote about their great Ikea kitchen a few weeks back).   But after renovations of bathrooms, kitchen and cabinets, and after painting the entire house, they realized they had a problem…

(Here is Anna with the boys and Luke)

They had not left any room in the budget for furniture!  Or as Garrett said “The change orders ate our furniture” .  What they brought from the previous house was quickly swallowed up by the larger house.  So the main rooms remained pretty empty, or with furniture that were too small for the space.   So instead of enjoying her new house, Anna felt stressed arriving home, and she didn’t even want to have friends over. 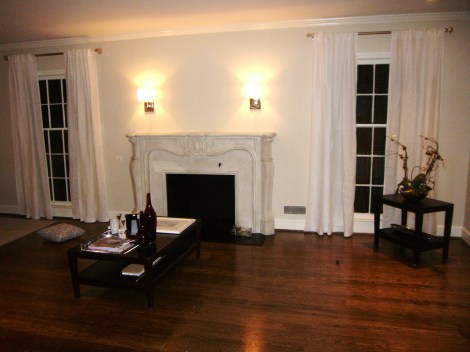 So a decision was made to do whatever needed to be done to get the house furnished — but on a limited budget.  The walls had already been painted in nice pale tones, and all window treatments are white IKEA linen.  Anna likes a streamlined, neutral toned, Scandinavian modern look with a couple of country pieces mixed in.  She has a great sense of design, but how do you create that look on a budget without falling in the Ikea or Pottery Barn trap?  I definitely had to use my clothing analogy here (which makes Anna laugh), because it works the same way for interiors.

“Don’t dress top to bottom in H&M, it wont look right. But if you wear an H&M top with old jeans, a designer coat and a vintage purse, you look chic.”

You can’t do an entire house in Ikea or West Elm. YOU’VE GOT TO MIX IT UP! Reuse and reinvent something you already have (paint a table, recover a chair), buy a couple of expensive pieces,  then  mix that with IKEA or other inexpensive sources. The expensive pieces will make the cheap ones look pricier, and the old pieces will add character that you just can’t buy.

SO TIME TO GET STARTED! 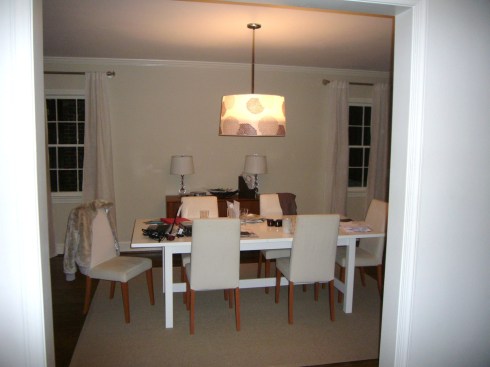 The dining room is the first room you see when you enter, so spending some money here makes sense.  Two things needed to be done. Get furniture that fits the scale of the room, and add some color and contrast while still sticking to neutral tones.   The carpet and lamps are too small and will find a new home in a bedroom.  The sideboard and dining room have the same problem, and will have to be sold.  Anna had purchased a white, modern dining table which looks great, but realized after wards it’s a bit too small for the room.  But for now that will have to stay.

Anna is in love with a big, dark wood hutch from Crate& Barrell and really wants to find a way to work that in to the design scheme.  It’s much heavier feeling then the dining table, but mixing can be fun if you can make it work. 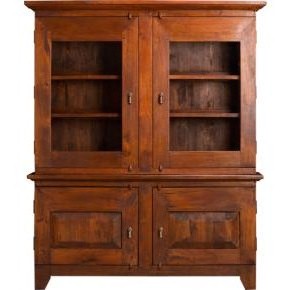 Collecting and storing only white china on the shelves will lighten the look. 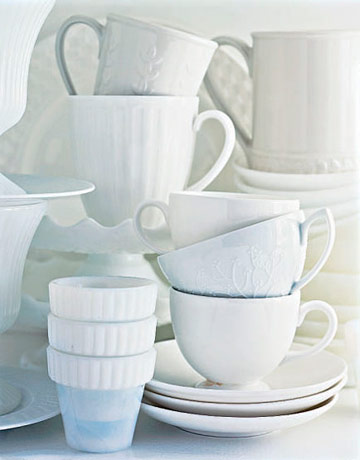 To make it work together we selected one of Madeline Weinrib’s chic cotton carpets in gray. You can save money in your budget by not buying a wool carpet.  The style will be able to balance the difference in weight and style of the two pieces. And the color is dark enough for a home with three little boys.  We chose a larger size than what was there.  Even the most expensive carpet will look cheap, if it’s too small. 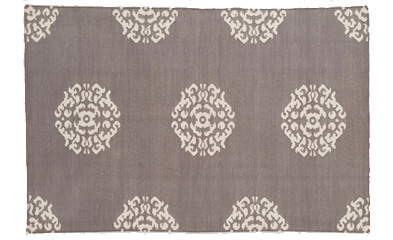 Modern upholstered dining chairs from Lee Industries with some detailing on the back in a nice, calm brown velvet helps carry the dark hutch.  For the legs we’ve selected an off white finish to create contrast, and allow it to be fun and modern.  Think it will look nice.

Like any good Swede Anna loves candle light.  So we choose two sconces to go on either side of the main window for some candlelit dinners.  This one from Global Views is fun. 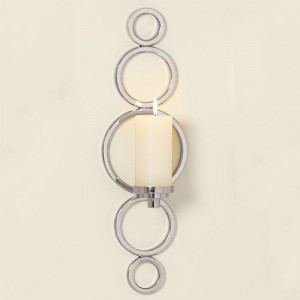 Anna just received her Madeline Weinrib carpet tonight and was thrilled!! She just called me and wants to now also upgrade the light fixture.  So we quickly e-mailed some images back and forth…hmmm.  Do you like any of these?  Would love your comments!!!! 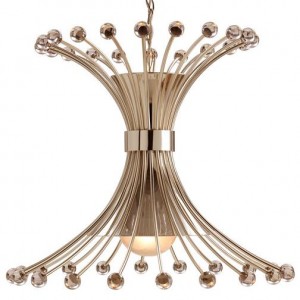 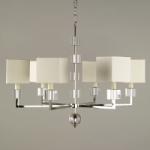 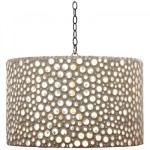 So the last piece of the puzzle –  ART.  I suggested to save money by using a large image of a photo Garrett took of the boys.  He loves taking pictures, has a great eye and why not allow yourself to be the artist in your own home? 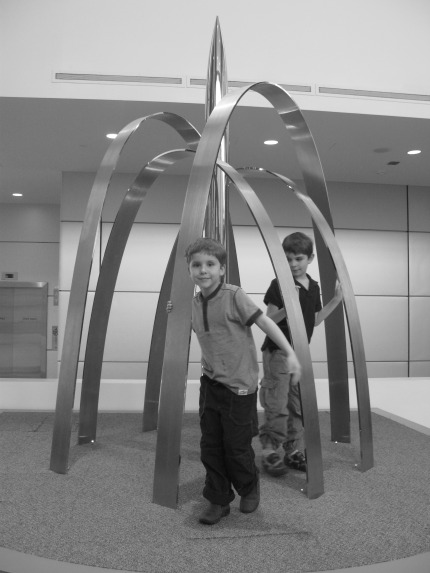 As soon as the pieces arrive I will follow progress here on the blog.  Next week we’ll visit some more rooms in her house.  Anna said since the renovations were extensive, vacations will have to be at home. So the plan for the bedroom is a “Ritz Carlton suite” for that perfect homey trip.  What a great idea!

P.S.  Benjamin More really liked the orange color mix in the TV room, check it out on their Facebook fan page.