Yesterday my friend Monica and I set off on a tour through Sweden’s oldest area Sigtuna.  It’s rich in history and home to kings and knights and is literally littered with lakes, castles and old viking graves.  Yesterday felt like a trip through a Nordic fairy tale as we drove through green fields discovering hidden castle alone by empty lakes, a day made complete with 80 degree weather and blooming trees. 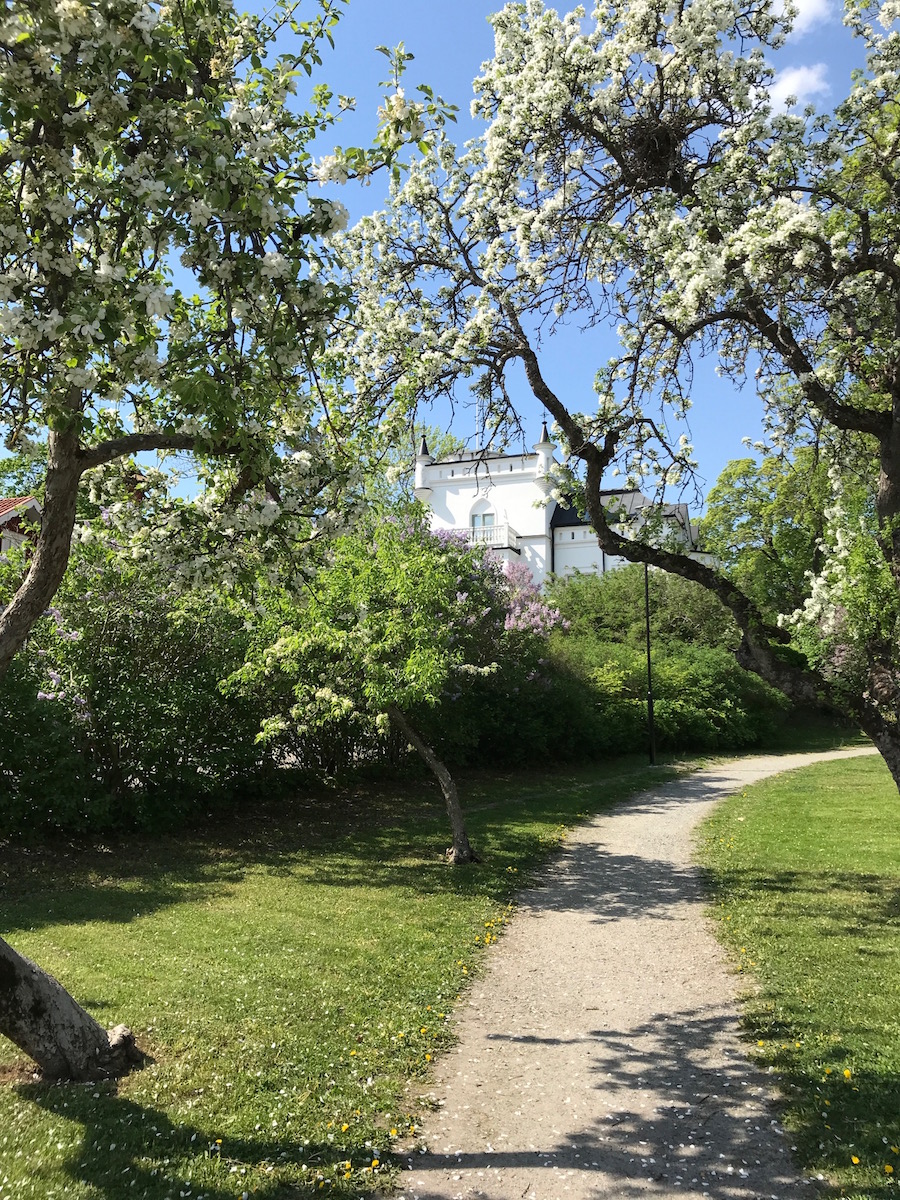 If you have any plans to go to Sweden this place is definitely worth a visit. Located just half an hour from Stockholm airport is Sigtuna a little town dating back to 1000. 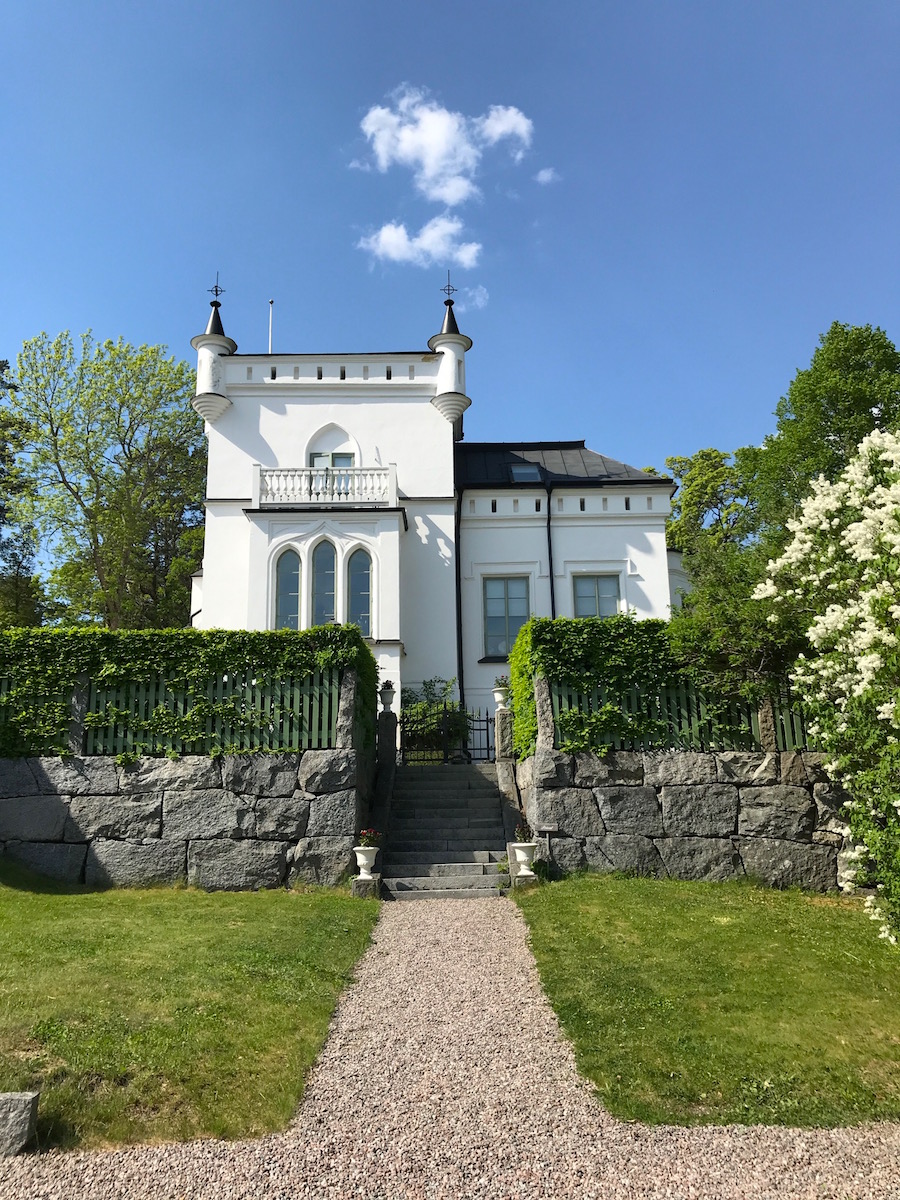 The town has narrow alley ways, beautiful old buildings and even a white little castle. 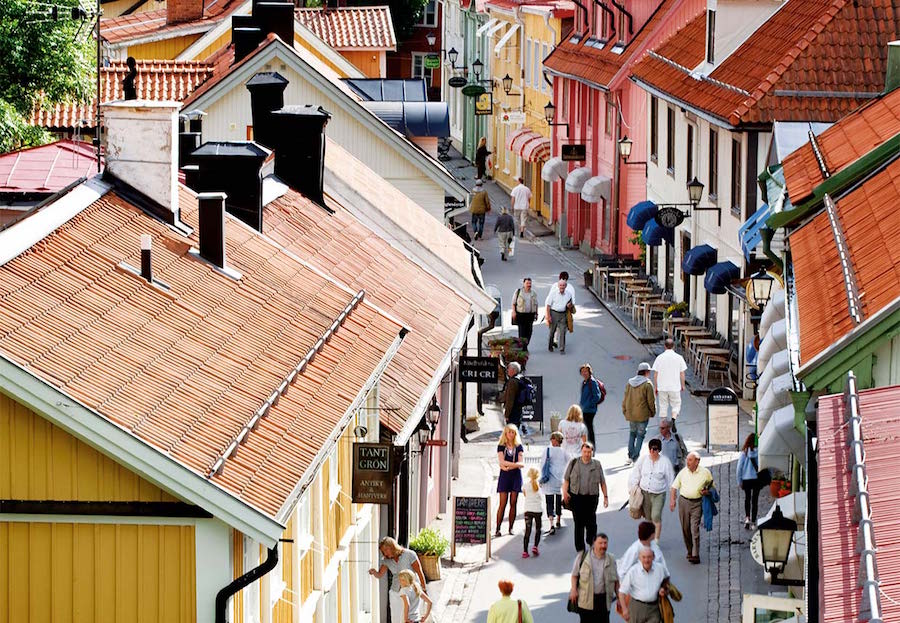 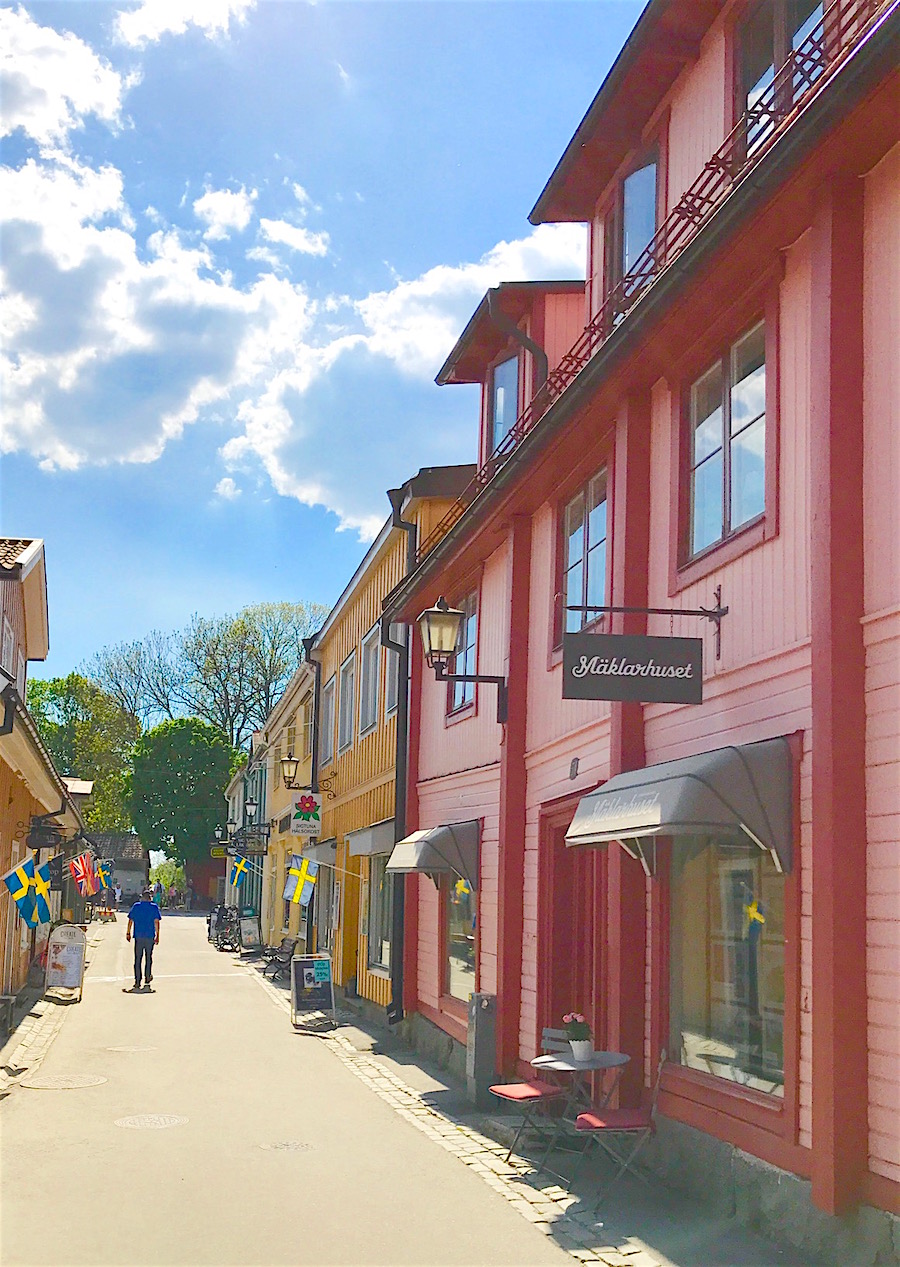 We stopped for lunch at Tant Brun’s Kaffestuga a cafe that has been serving coffee since the 1600’s.

A must of you are ever here. 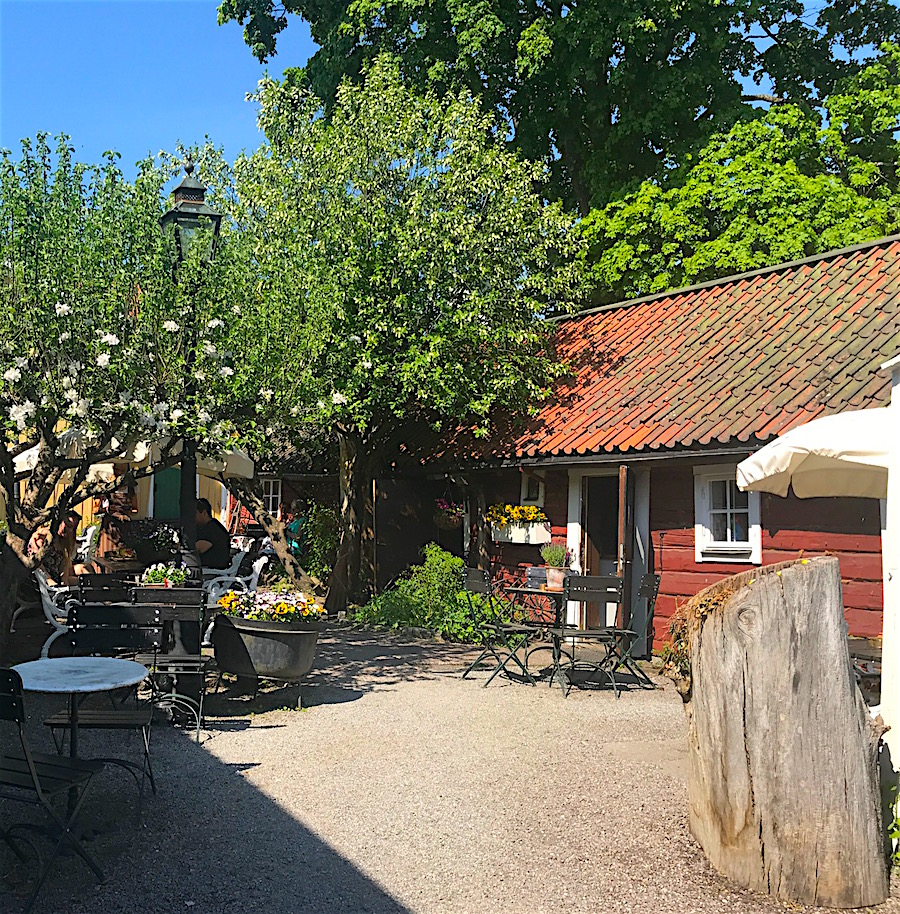 You can sit under the apple trees in a little courtyard or inside where the ceiling are so low you have to duck when in the doorways.  They built the houses very low back then so they would stay warm during the cold winter. 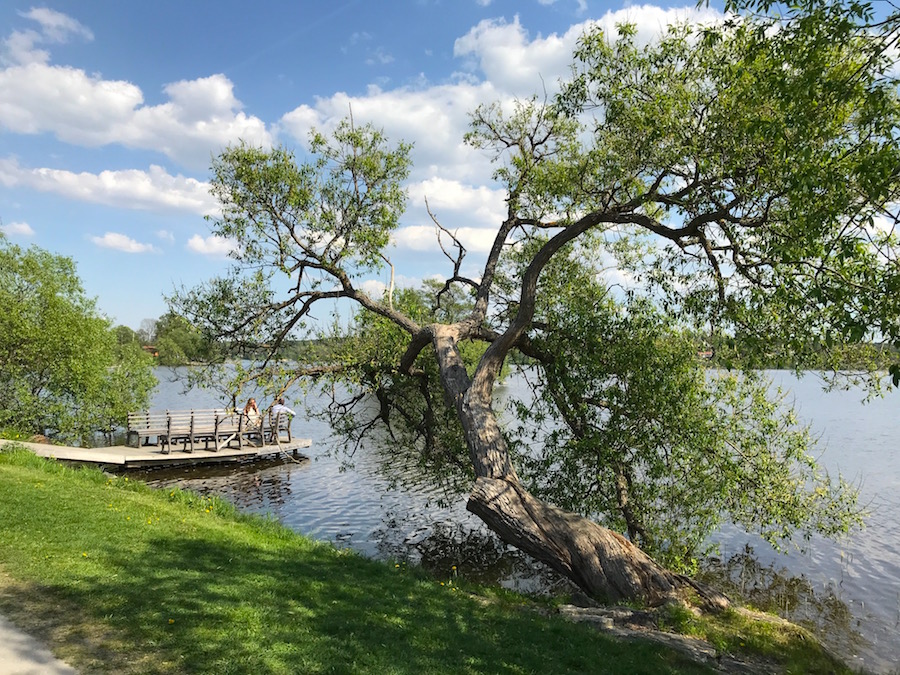 Like everything in the area the little town is situated on a beautiful lake. 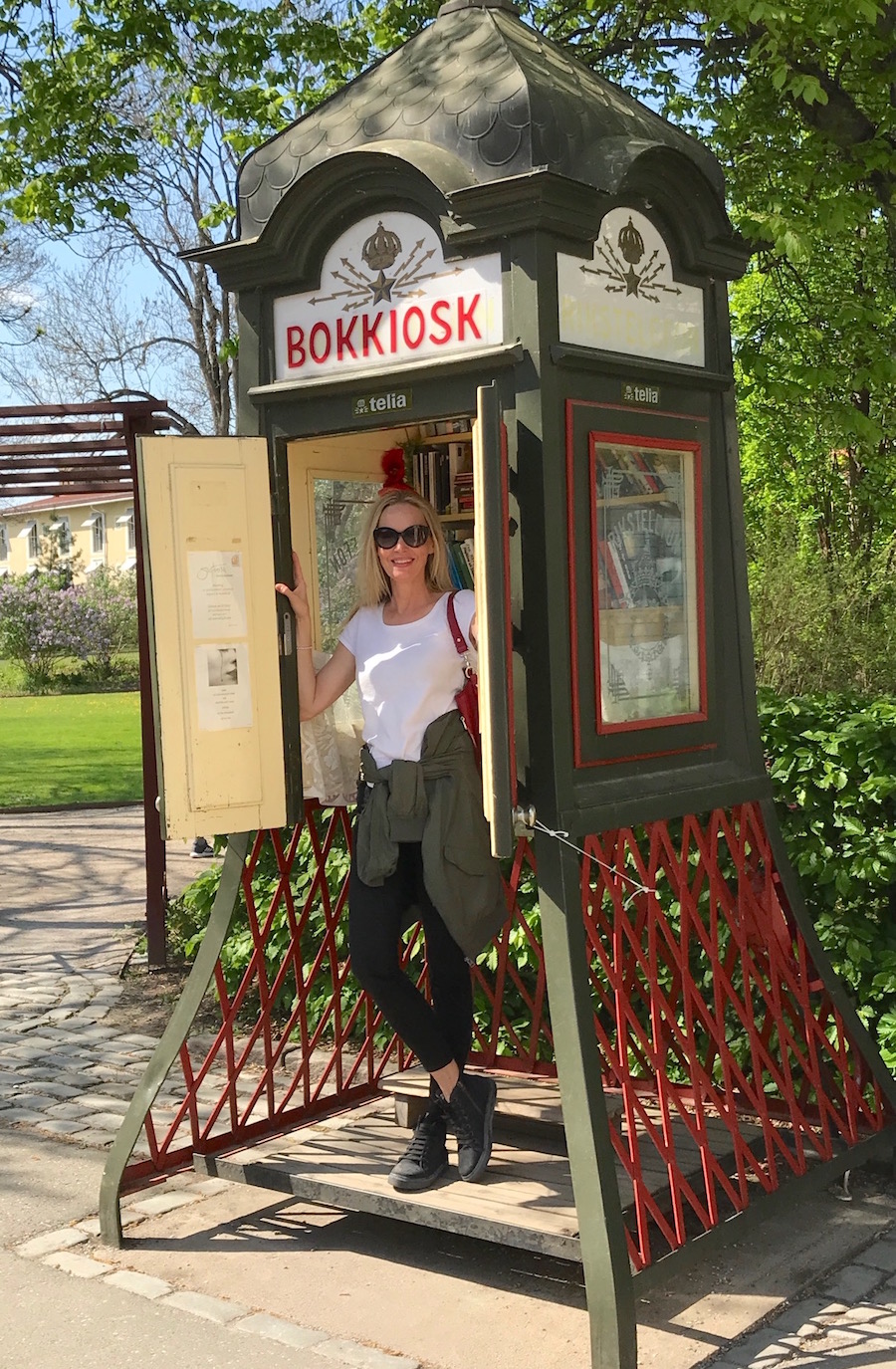 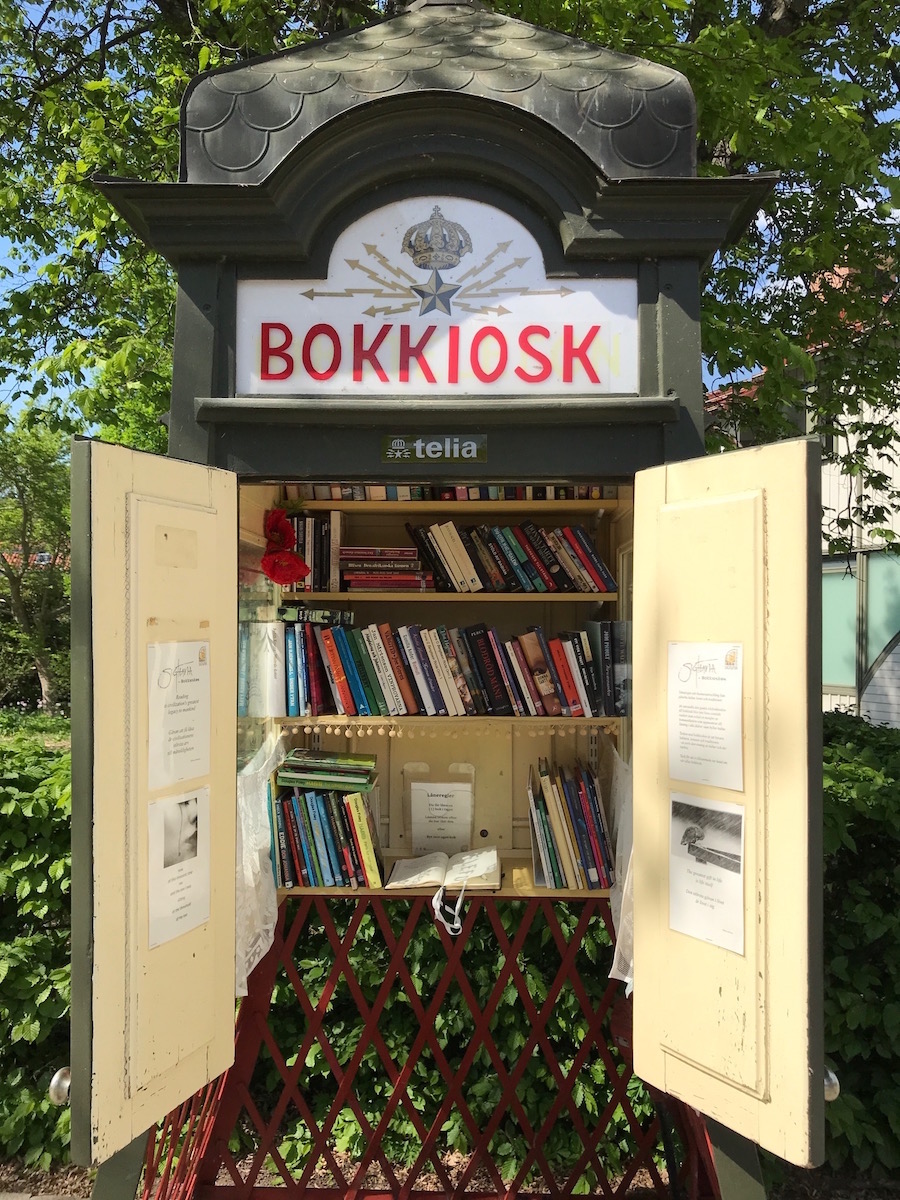 Every house is cuter than the next the entire town feels like stepping in to a fairy tale. 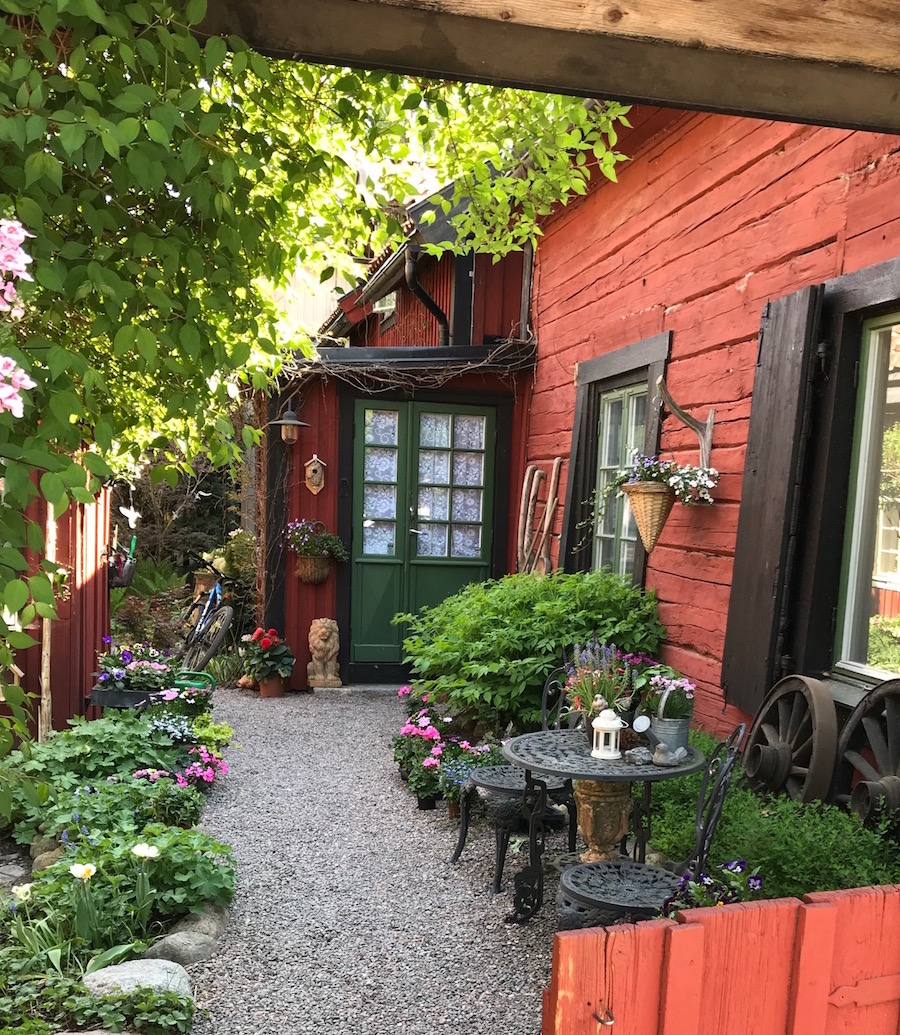 We drove out to the country side to go castle hunting for that right magical castle that would make us swoon.

No old castle in Sweden is complete without a tree lined gravel driveway. 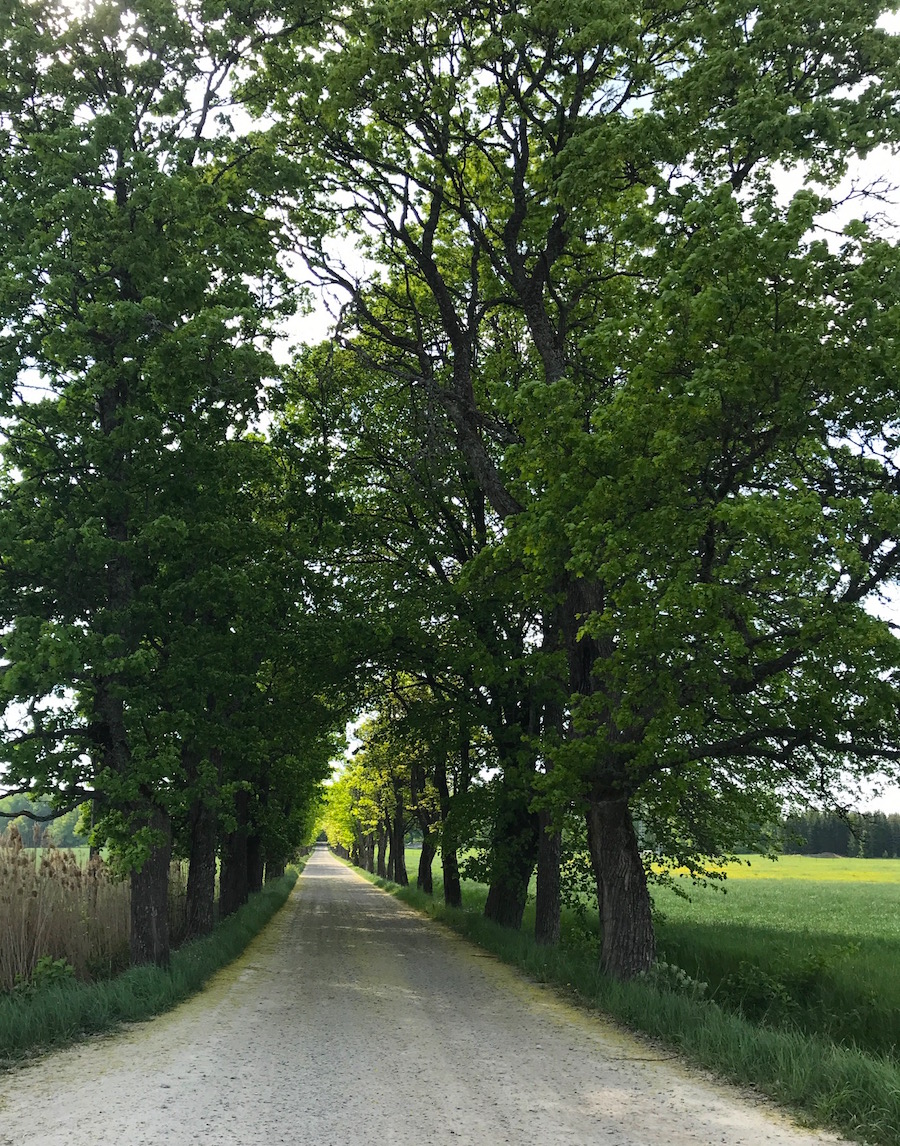 After a long drive through this pretty old road, past a beautiful medieval monastery past the castle garden with a dreamy apple orchard… 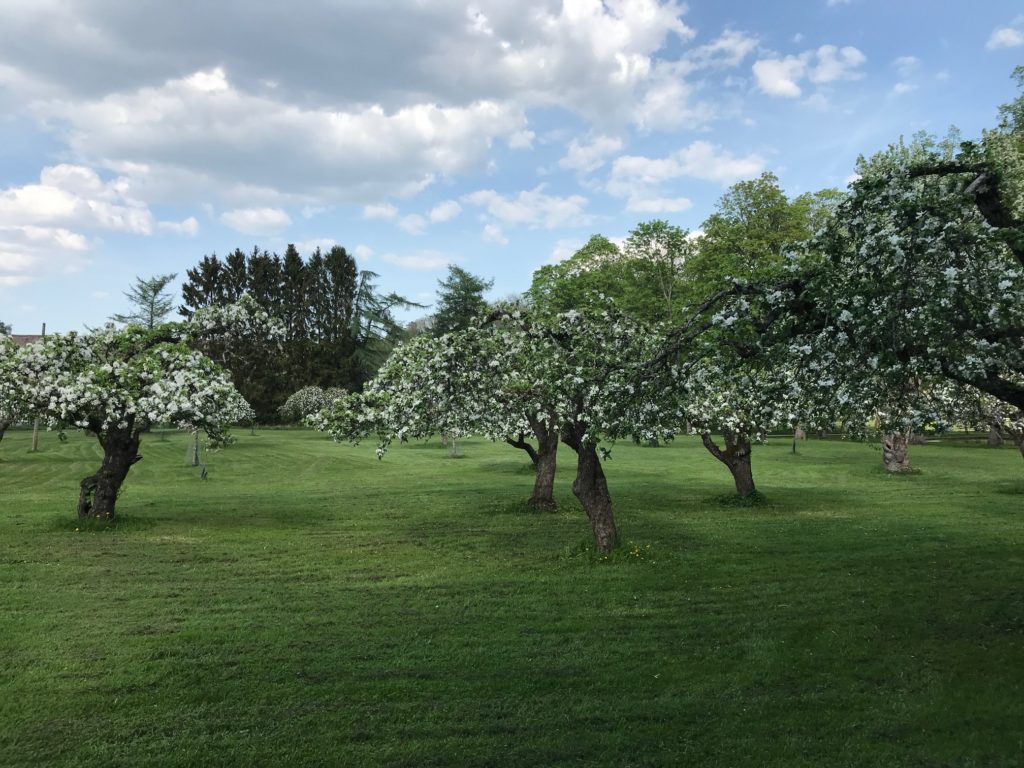 …we came upon this! 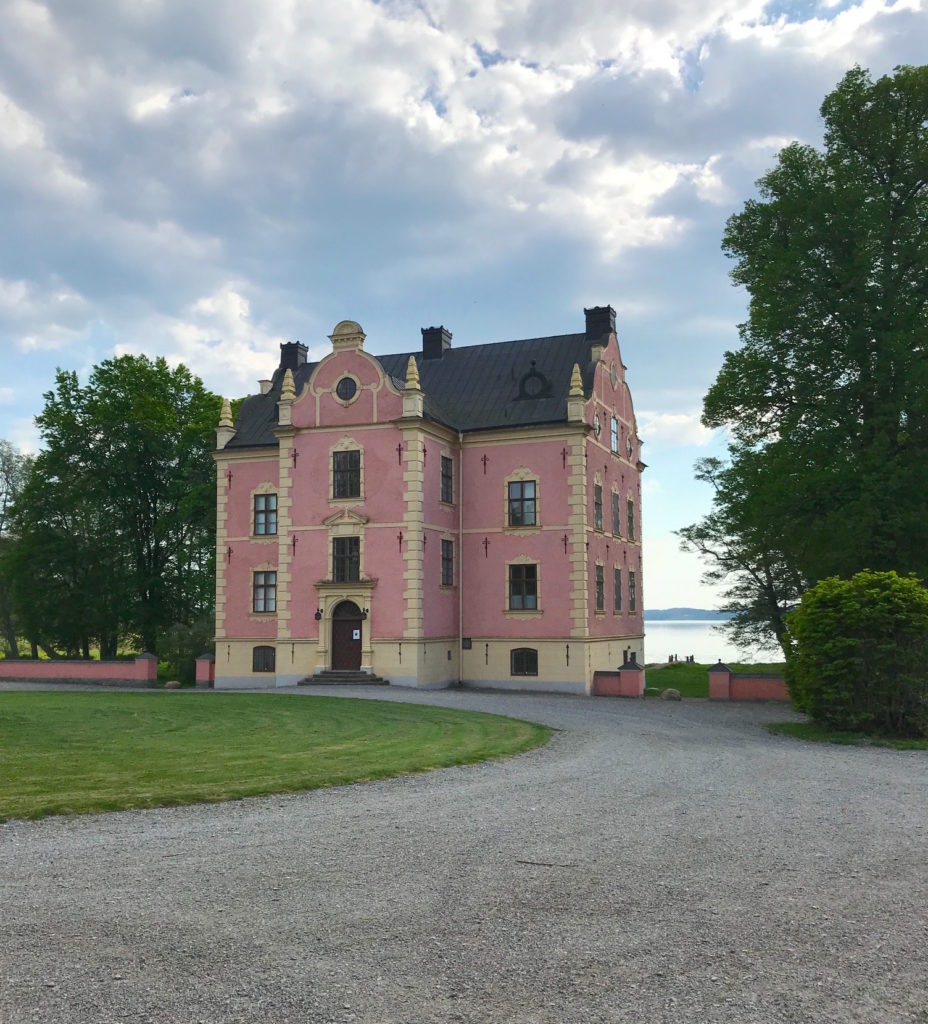 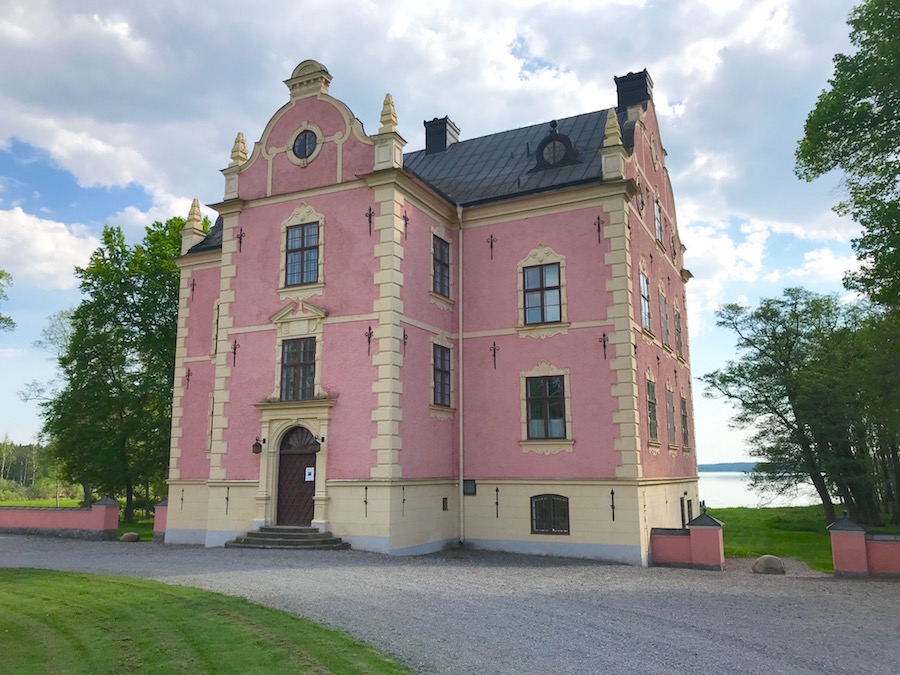 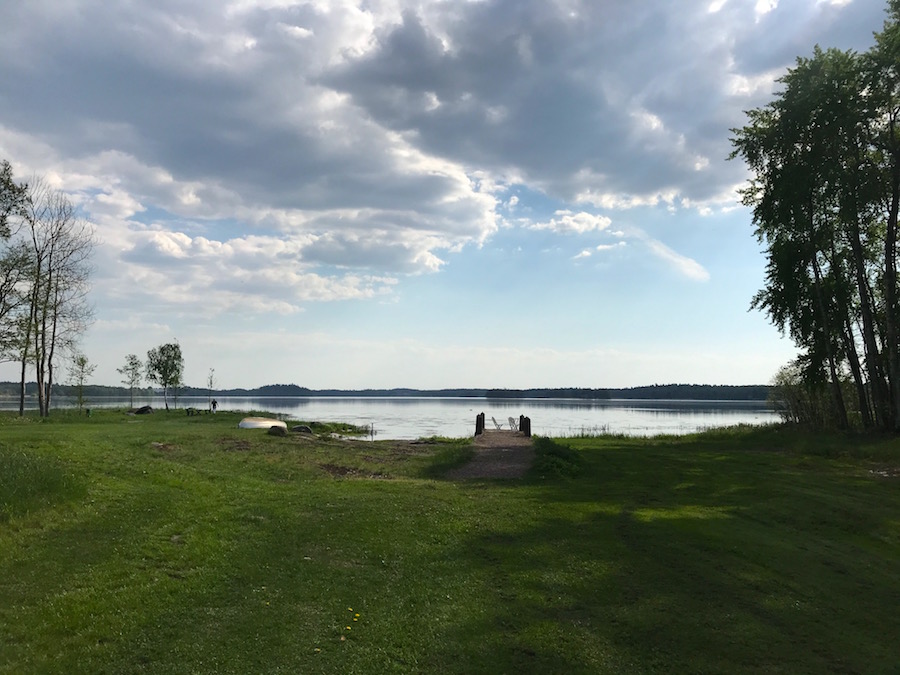 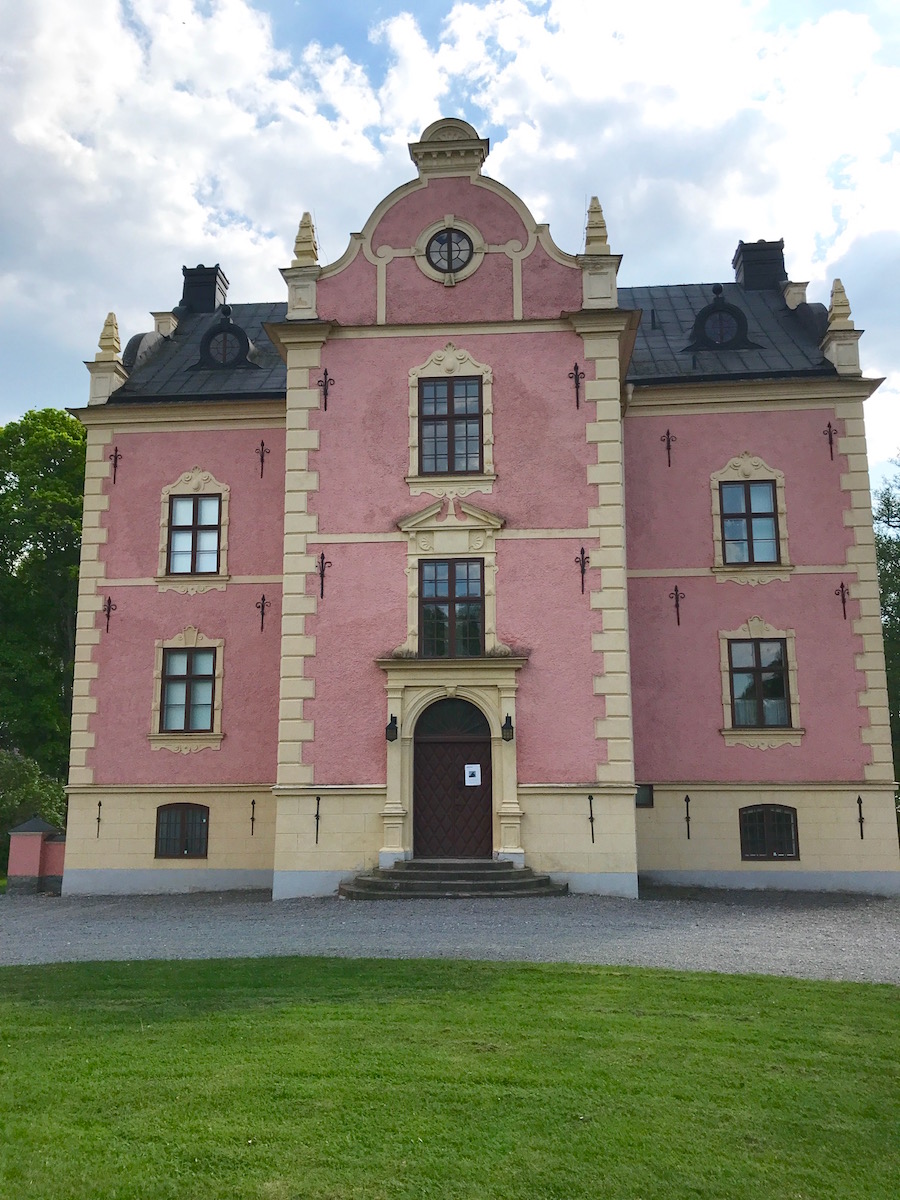 Lucky for us we met the tour guide, who was just heading home, and he offered to take us on a private tour. 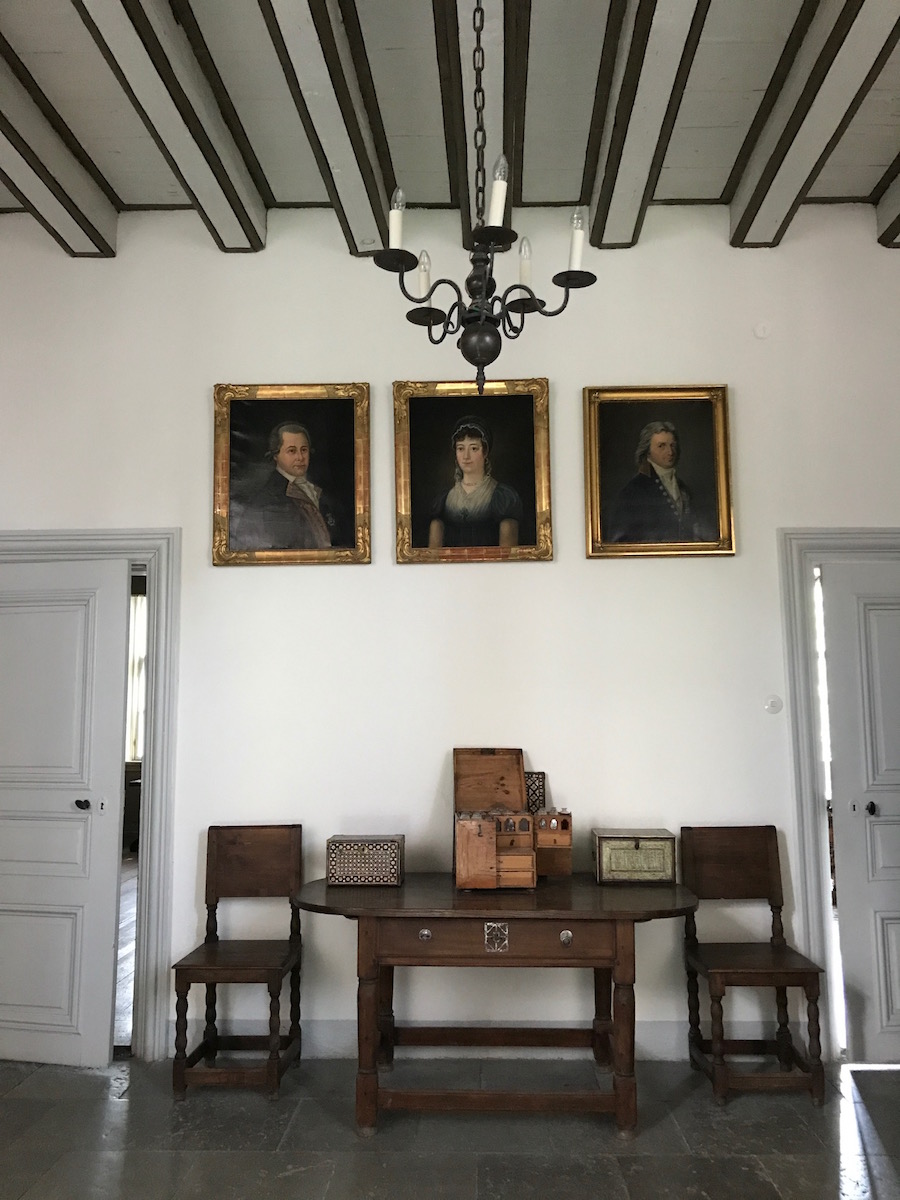 The castle was built around 1639 abut the estate dates back to the 1200’s. One of the early owners was murdered so the castle is haunted.

The second you entered you felt that this is not a place you want to be alone in at night!! 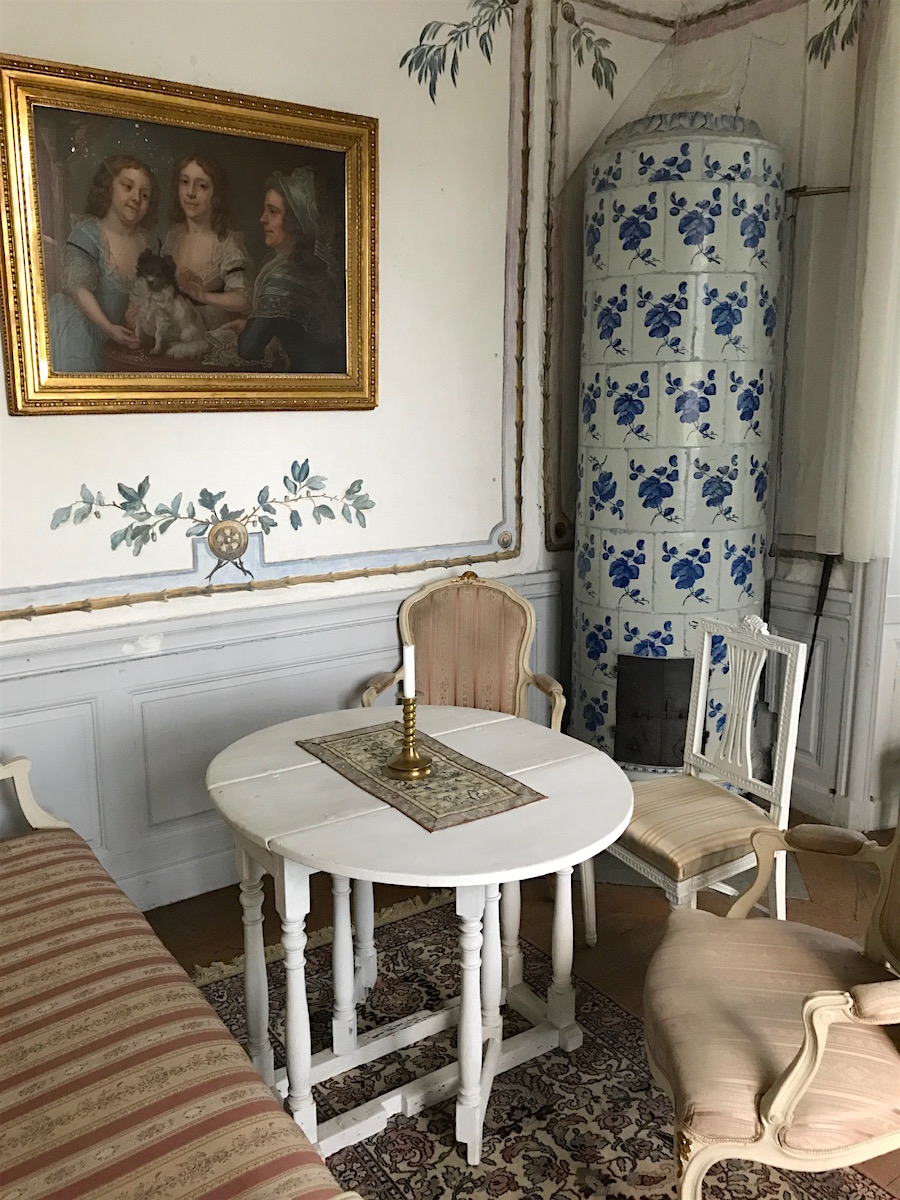 Several owners over hundreds of years had collected a very valuable art and antiques. 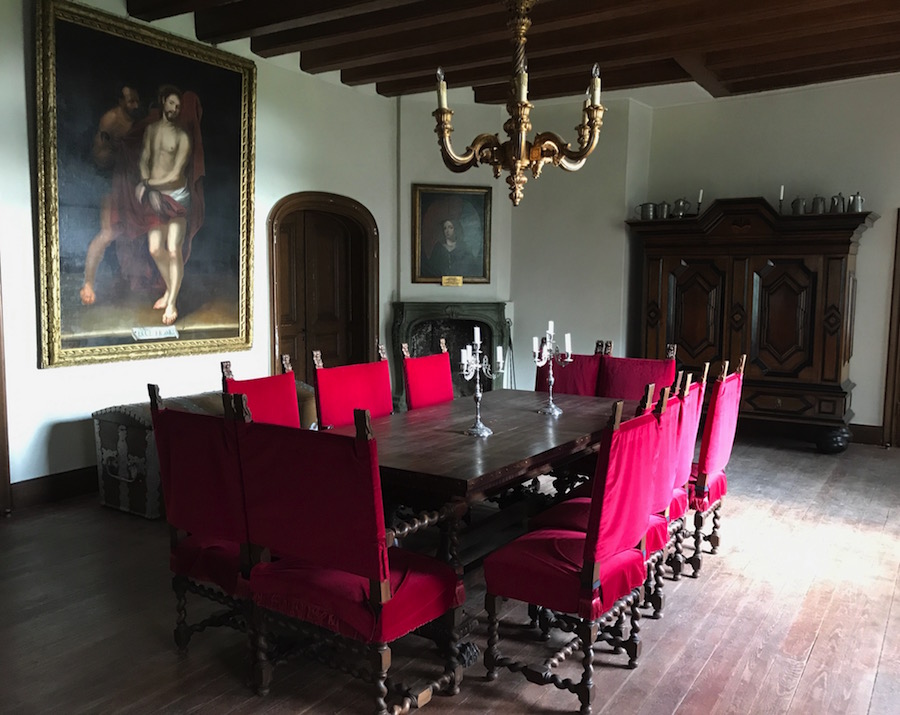 Every room with a tile fireplace and lake view. 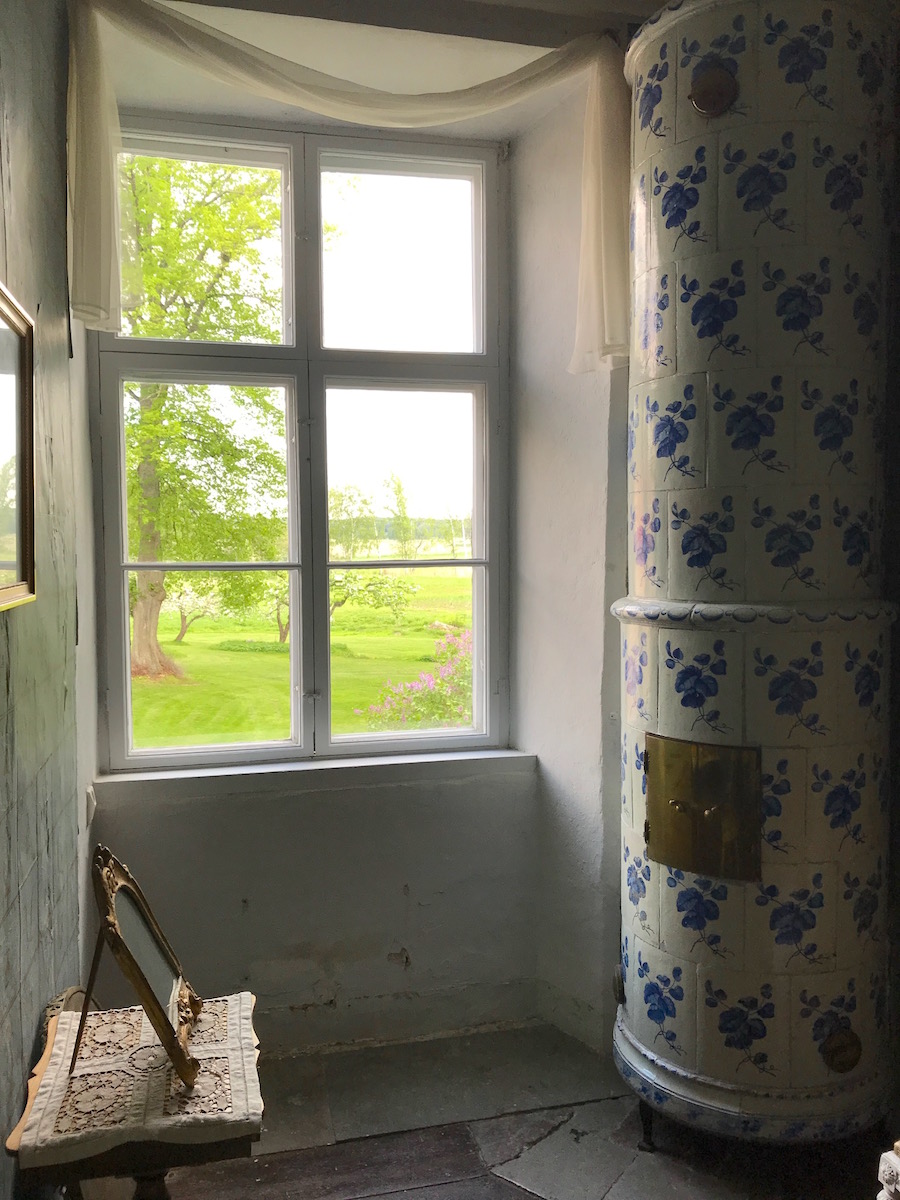 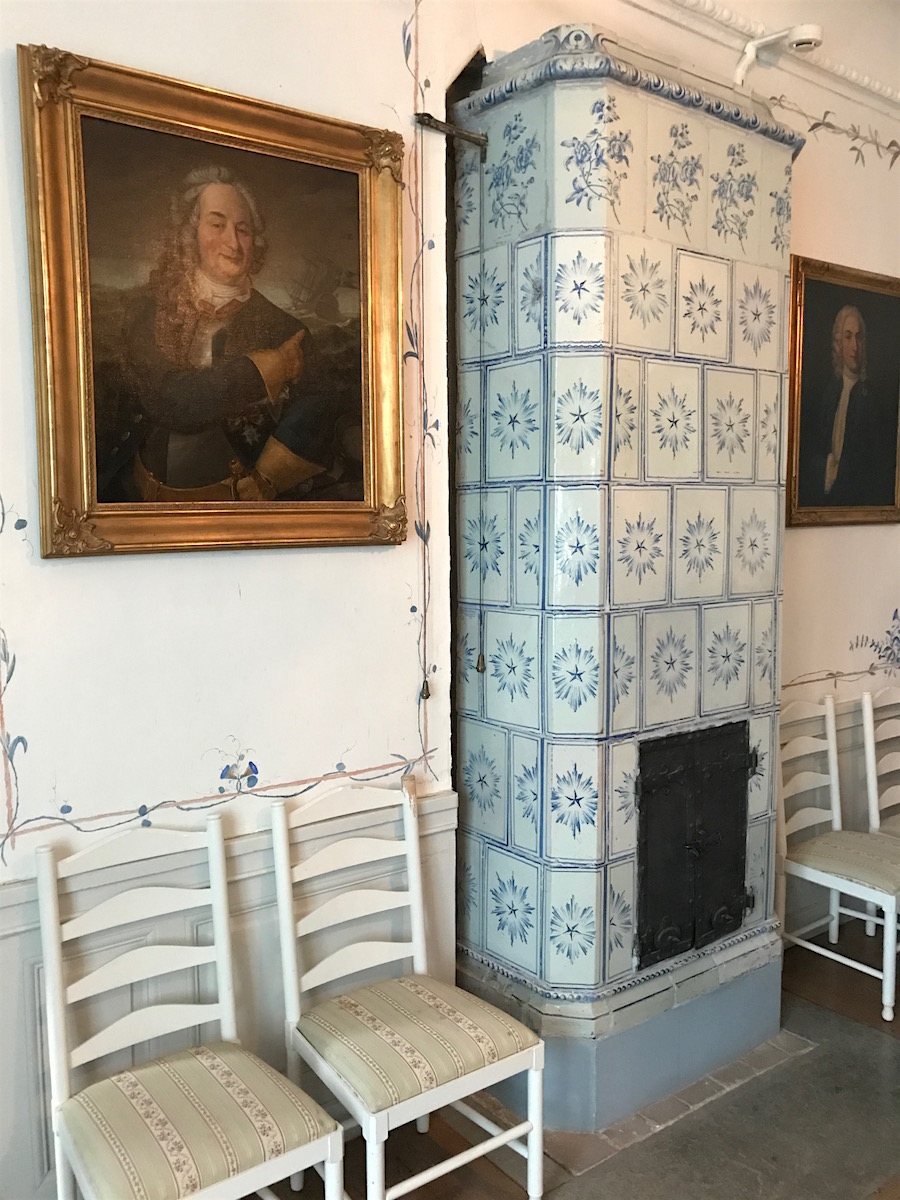 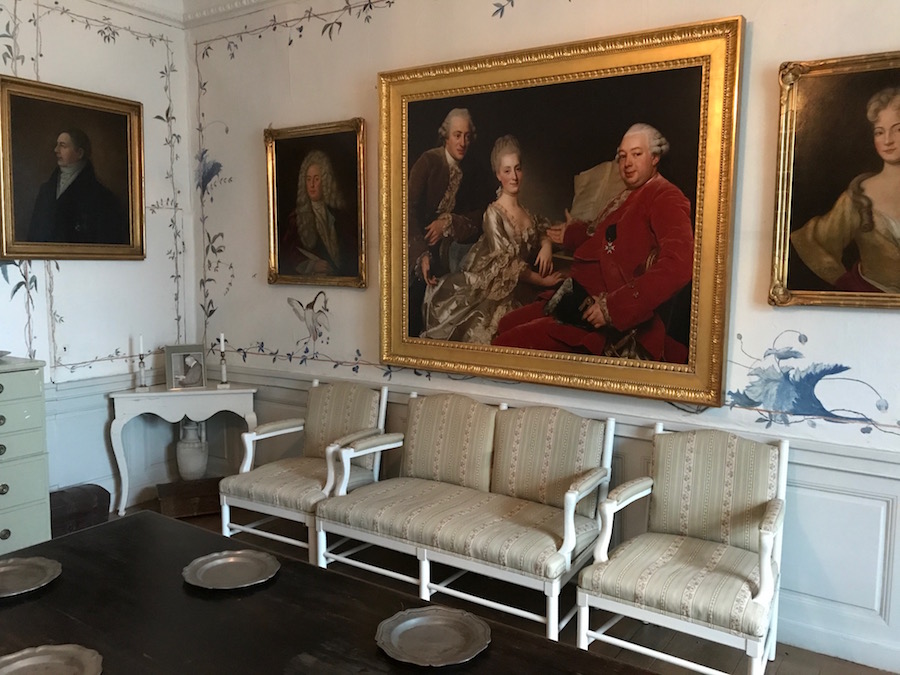 The man who lived here in the in the 1600’s was killed on these several hundred year old original timber steps. 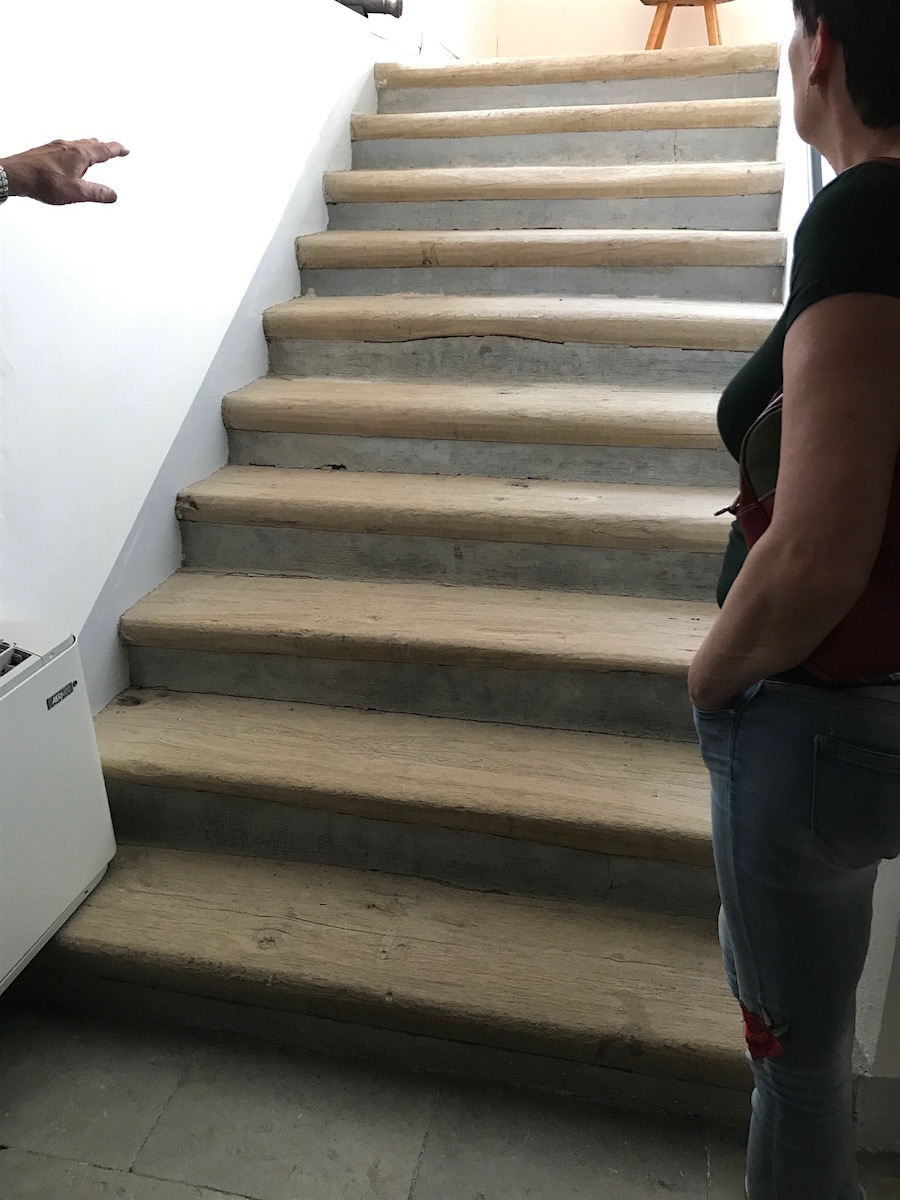 The tour guide showed us where you can still see the blood stain from when he was stabbed in the neck from behind and feel to his death on these stairs. 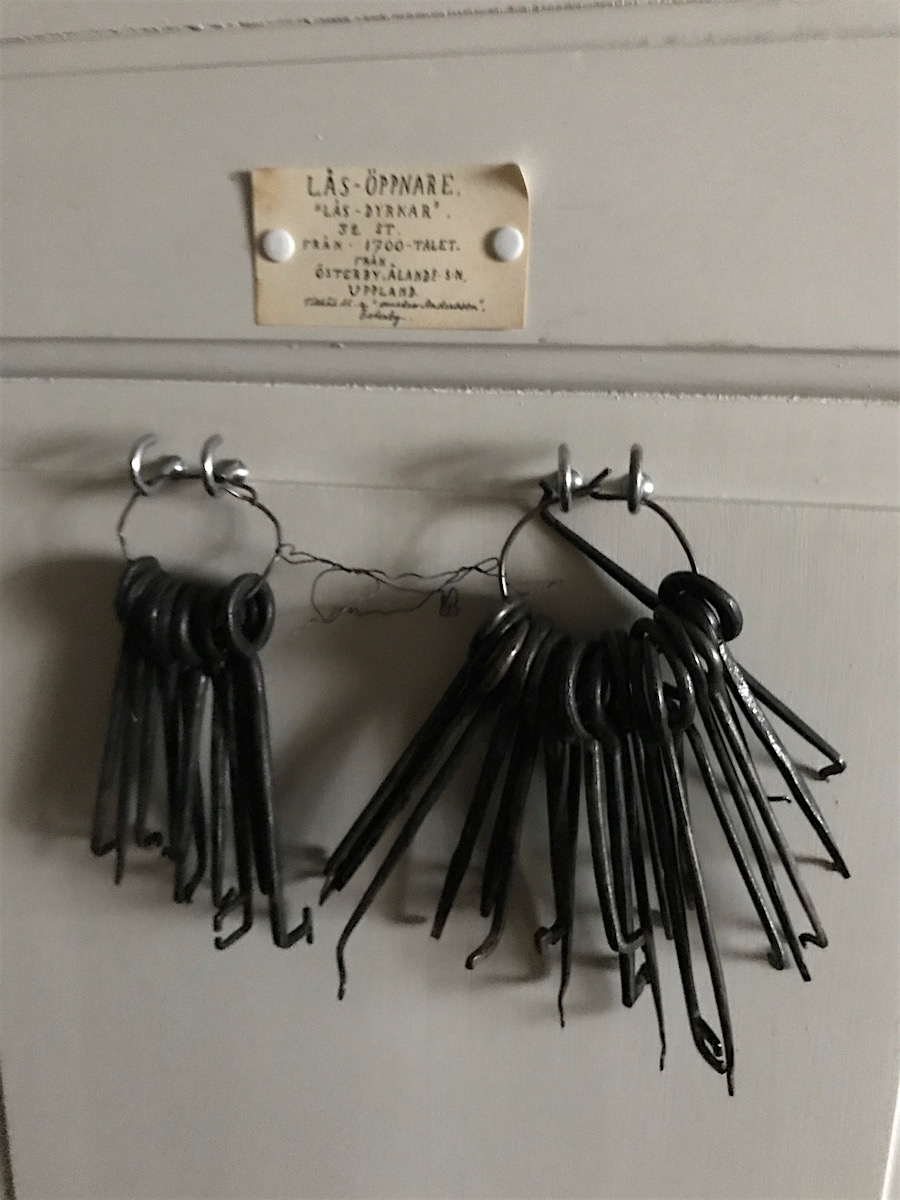 They were called lock openers. 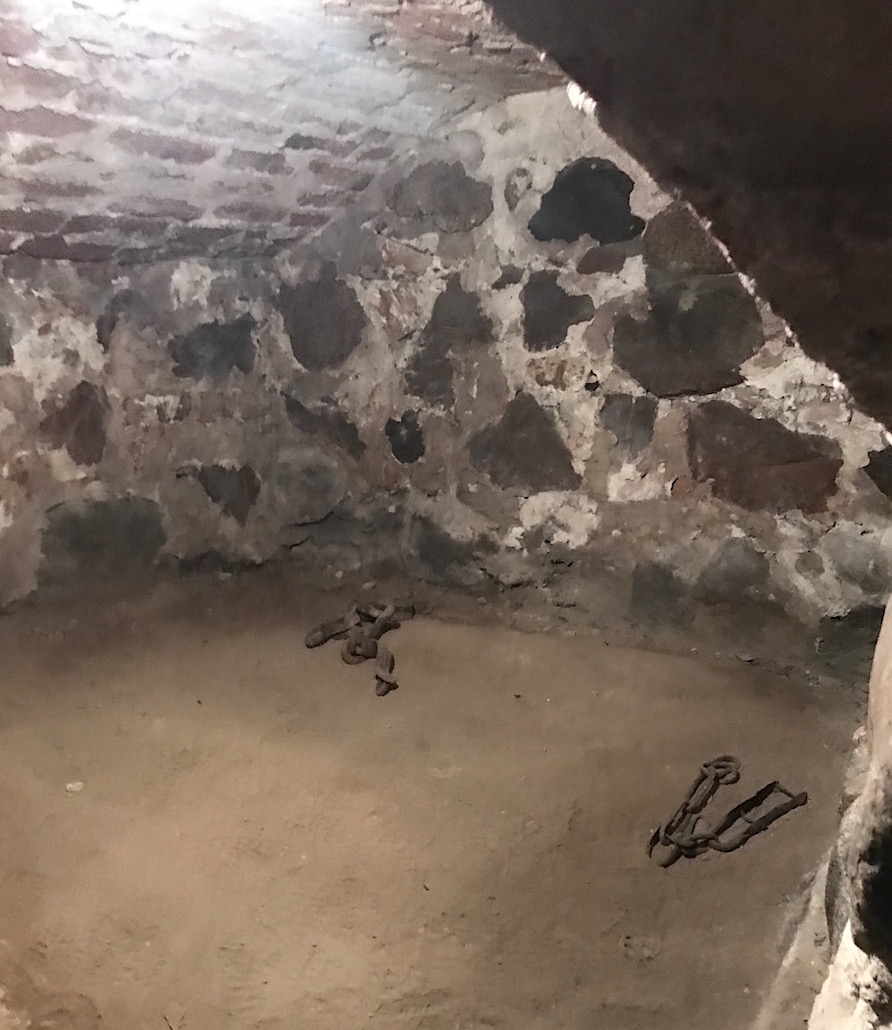 The spooky dungeon in the basement is were they stored meat. However in the 1600’s this was a prison cell since in small villages the biggest house had to hold the town criminals. 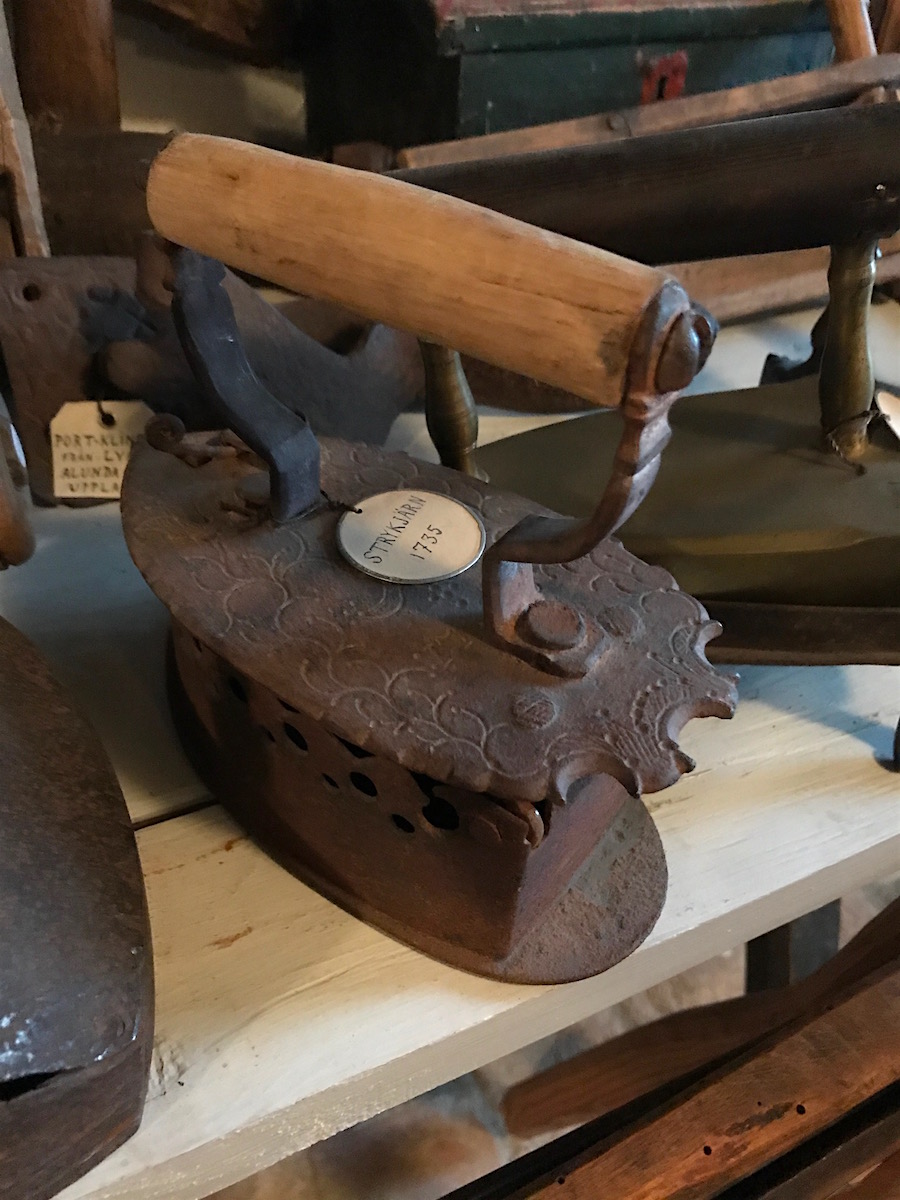 The last couple who lived here chose to live on the top floor which is an apartment. Up there they had a collection of household goods spanning several hundred years. 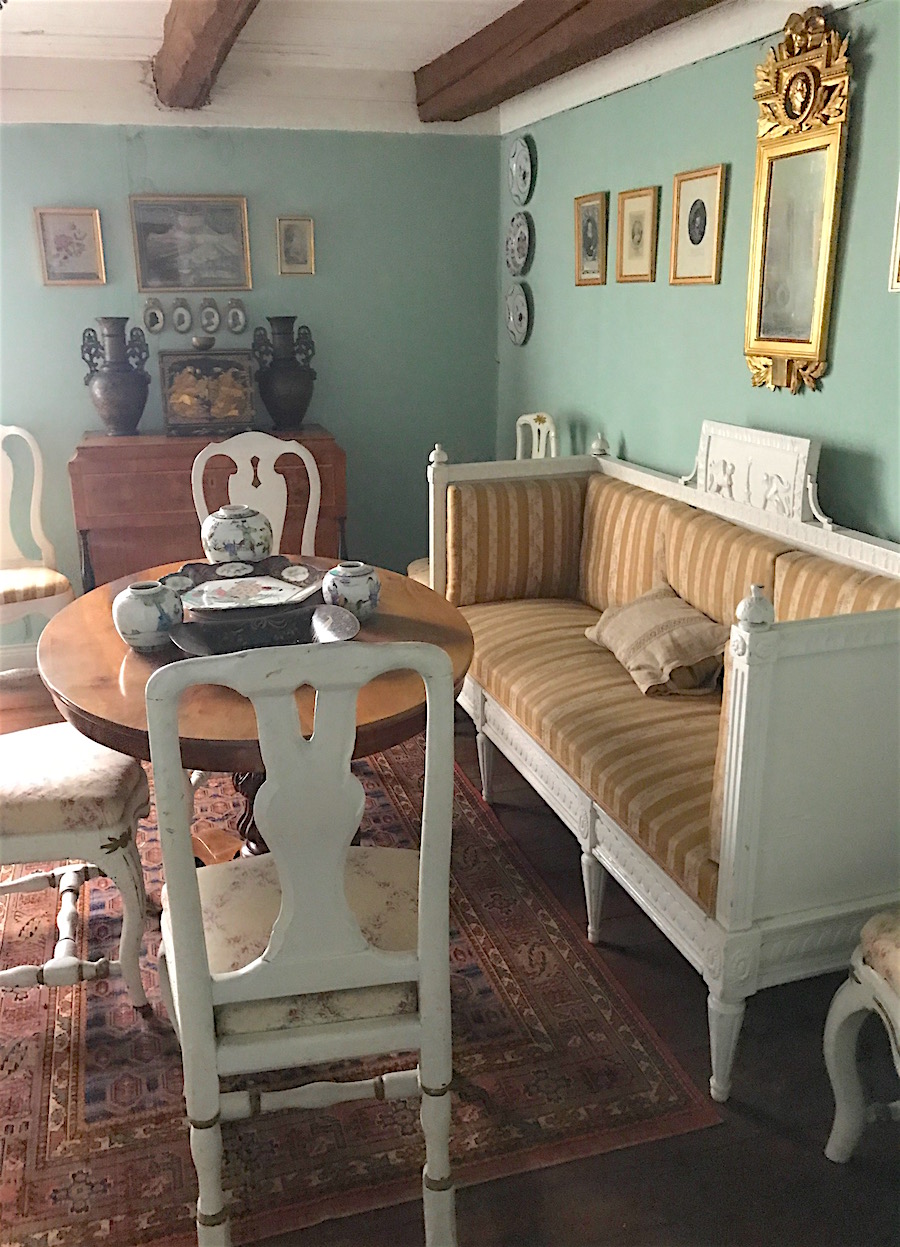 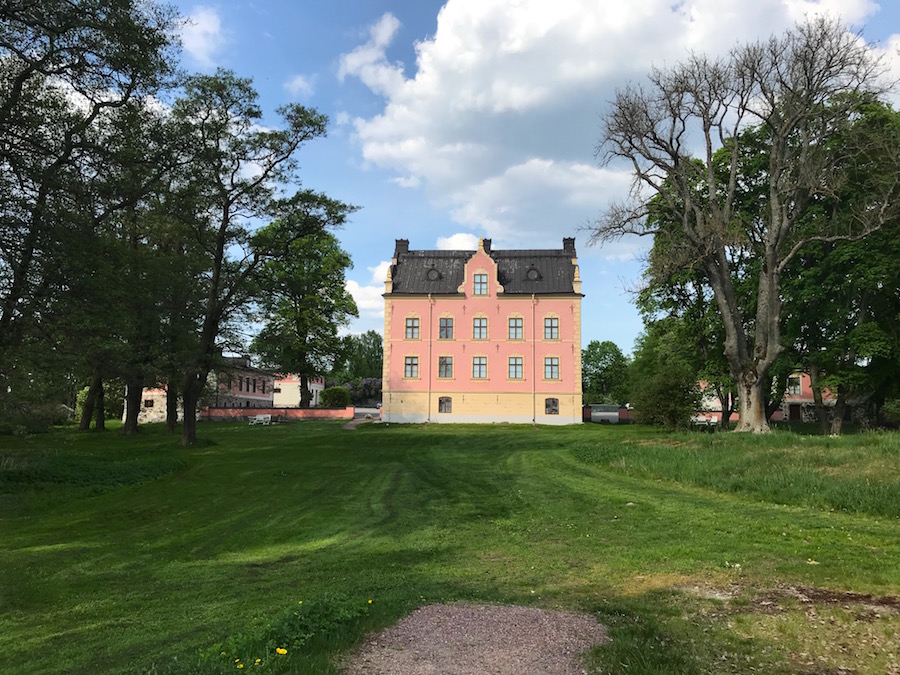 We left this pretty place and headed to the last one where we spent the night.

Rosersbergs Castle. The tours wont open until June. In this castle they actually keep one of the oldest copies of The American declaration of Independence since Sweden was one of the first countries to recongize the US as a country. 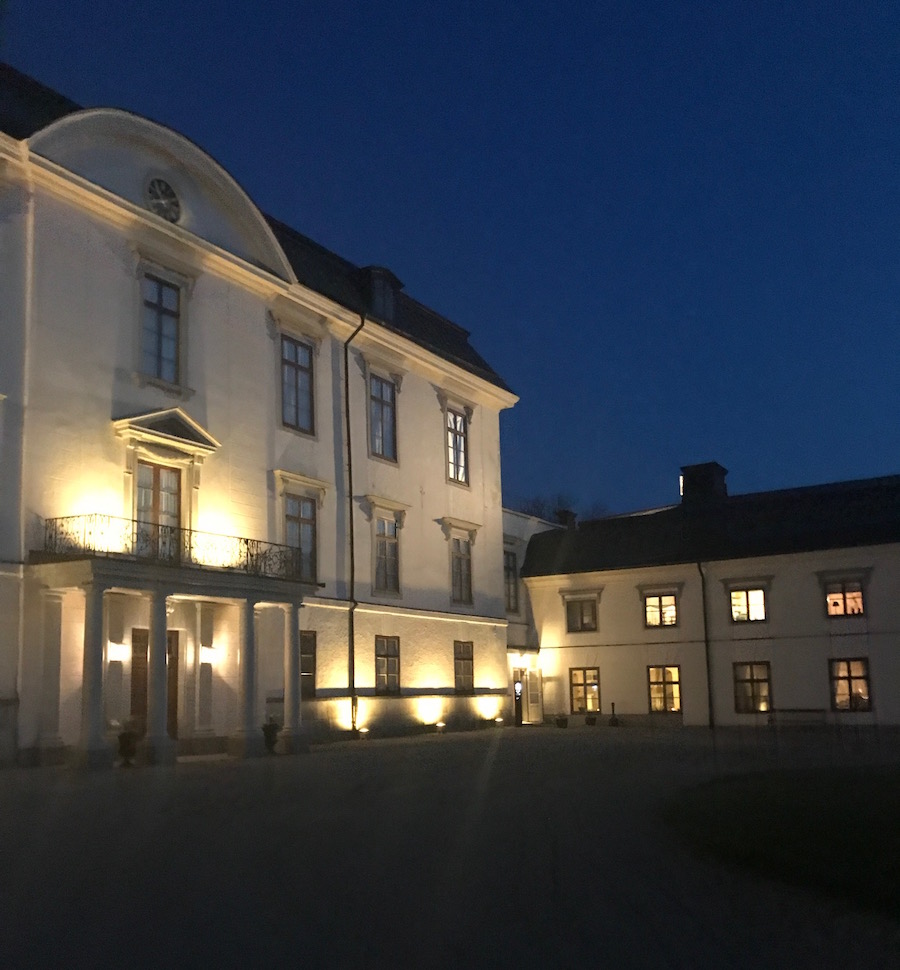 It’s only 15 minutes from Arlanda airport and is the perfect airport hotel where I spent the night. 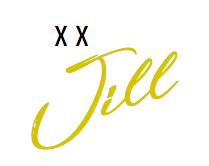 2 thoughts on “A day of castle hunting”